The Argentine economy, led by Puente, is ready for change

Following a strong start in the Argentine election, the Cambiemos coalition is in peak position to rebalance Argentina’s economy and encourage local investment 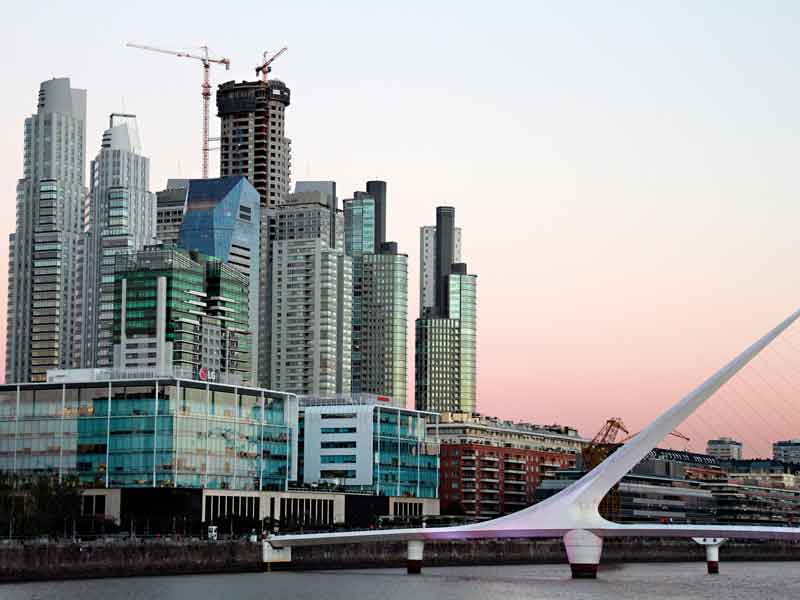 Argentina’s electoral season opened with a landslide win by Cambiemos in the August 13 primaries. The ruling coalition amassed large wins in the cities of Buenos Aires, Córdoba and Mendoza.

Moreover, the government saw promising results in the provinces of Buenos Aires and Santa Fe, which put it at the gates of becoming the first administration since 1985 to carry the country’s five largest districts in one election.

Puente believes the recent election should be assessed with two questions in mind: has the result increased the government’s ability to move ahead with its reforms agenda and macro rebalancing plan?

And does the result signal a lower chance of Cristina Fernández de Kirchner leading a populist alternative in the 2019 election? In our view, the government’s comfortable win shows that the answer is ‘yes’ – an answer that will ease recent tensions in the foreign exchange market.

Crisis averted
In summer 2017, when polls suggested a very tight election in the Buenos Aires province, markets were concerned that Kirchner might command a lead that would again put her at the head of Peronism.

In that scenario, not only would she have been well-positioned to put her hat into the 2019 presidential race, but she would also have had effective veto power over every reform that the government proposed.

Upon the June announcement that Kirchner would seek a Senate seat in the province of Buenos Aires, political uncertainty moved to the centre of the scene, shifting the focus away from incipient economic activity recovery and disinflation tactics.

While we predicted that the market would rally with a tight Cambiemos win, the result of the primaries is even more encouraging than we expected. The primary results show that Kirchner’s Peronist party is going through a deep crisis: most of the key figures of Peronism have suffered large defeats on their home turfs, and the party is heading for back-to-back losses for the first time in its history.

The Argentine Government needs to tackle the large fiscal deficit, one of the world’s highest inflation rates, and currency overvaluation

Former Chief of the Cabinet of Ministers Sergio Massa was backed by just 15 percent of the electorate in Buenos Aires, and less than seven percent in national terms.

Juan Schiaretti, the popular Governor of Córdoba, lost by a historical margin, while former president Adolfo Rodríguez Saá suffered his first defeat in more than 30 years. With Peronism devoid of a clear leader and most governors willing to strike a deal with the government, Cambiemos has a unique opportunity to push ahead with its reforms.

The peso strengthens
In the short run, these changes have been very positive for the peso, which has strengthened significantly as local currency assets boomed in reaction to the lower risk of a populist revival.

In our view, hawkish local rates will continue to attract US dollar inflows as non-residents increase their investments in Argentina and local investors distance themselves from US dollar assets.

We favour linkers that offer peso discounts and fixed rate domestic bonds, such as the 2021, 2023 and 2026 ARGTES, to capture attractive capital gains.

Likewise, we support short-term central bank debt and monetary-policy-linked floaters due to their attractive carry in a lower volatility scenario for the foreign exchange.

We would favour positions in the long-term, high-convexity century bond. We also find euro and US dollar discounts attractive.

In the medium term, we have a constructive view of Argentine risk in the context of the recent primary win, which gave the government the political capital and mandate it needed to strengthen the changes to Argentina’s macroeconomic framework.

Now that the primaries have passed, Argentina needs to focus on rebalancing its economy. The three main problems that the government needs to tackle during its remaining term are the large fiscal deficit, one of the world’s highest inflation rates, and currency overvaluation.

Results are starting to appear on the inflation front, though a lot of work remains to be done. The fiscal front should be next.

In the first two years of the administration, savings from lower subsidies were spent elsewhere, keeping fiscal stimulus high in order to protect the lower classes and ensure success in this year’s election. With its political position strengthened, we believe that the government is committed to reining in public finances.