Falling commodity prices have caused Chile’s economy to stagnate in recent years, but the upcoming elections should herald a return to growth in the medium and long term 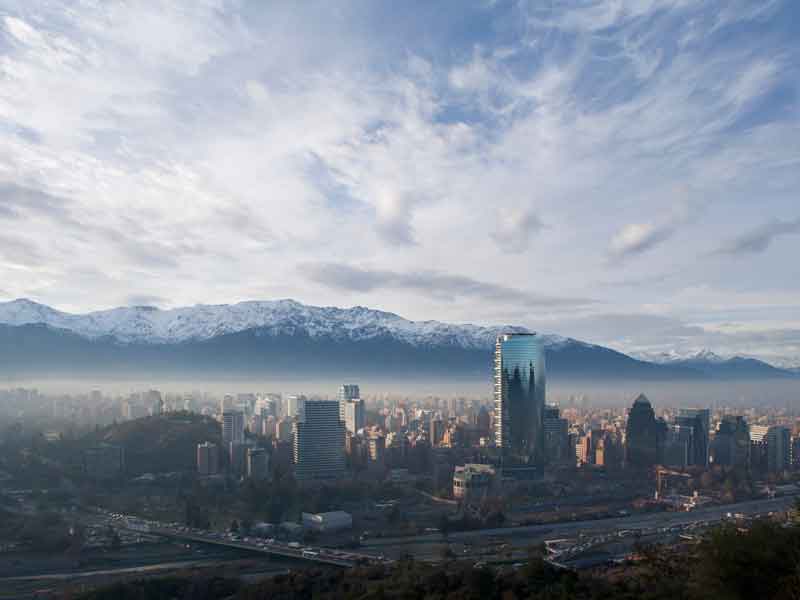 Despite the current economic slowdown, upbeat forecasts for the near future have kept optimism up in Chile. In November, the country will choose a new president following the second and final term of President Michelle Bachelet of the Socialist Party.

The next administration will have to face a decelerated economy after years of sustained growth, due to a fall in the price of raw materials, among other reasons. That said, forecasts are on its side: with the centre-right candidate and former president Sebastian Piñera leading the polls, the market expects a significant shift to take place.

Although Chile’s performance is still dependent on copper prices, over the years the country has become a model economy in the region with an increasingly important role. In this context, the IPSA, an equity index representing the country’s 40 most relevant companies at the Santiago Stock Exchange, has reflected the optimism with strong performance, recently reaching an all-time high.

In this context, World Finance spoke to José Ignacio Zamorano, Head of Investment Banking at BTG Pactual Chile – World Finance’s Best Investment Bank in Chile 2017 – to find out more about the IPSA’s recent successes and the challenges facing the Chilean economy.

Why has the IPSA become so attractive to foreign investors?
In Latin America, Chile has historically been one of the most attractive countries for foreign investors. It has the highest sovereign rating, a stable regulatory framework and a market-friendly environment. Although the country’s growth prospects have somewhat dwindled over the last couple of years – in line with the rest of the region – the general consensus is that the economy will improve after the coming elections.

Chile’s financial markets have always been among the most developed in the region, which is largely supported by local pension funds (AFPs). With assets under management (AUM) exceeding 70 percent of Chile’s GDP, a significant portion is invested in local equities (see Fig 1). As such, AFPs play an important role in the country’s financial markets, while the local stock exchange is underpinned on the liquidity that they provide. In addition, several Chilean companies now have greater exposure as a result of their expansion across Latin America, which has provided international investors with access to regional growth. This trend has also enabled investors to diversify local political and economic risk through investing in a Chilean listed vehicle. Today, approximately 40 percent of the revenue of companies listed in Chile comes from abroad.

What has driven the IPSA rally?
The IPSA has rallied 23 percent in the past year, and reached an all-time high in August. This impressive performance can be explained by better results and prospects for listed companies, together with increased interest from foreign investors and local institutional investors. For example, AFPs have increased their AUM in local equities by $3.4bn over the past 12 months.

Moreover, there has been a lack of recent large equity offerings. For example, in the last three years, more than $9bn has been withdrawn from the market through tender offers – mostly by foreign investors acquiring companies from local owners through mergers and acquisitions (M&As).

Meanwhile, only $5bn has been offered via new equity issuances, such as IPOs and follow-ons. This has forced financial investors wishing to unload their cash positions to buy in secondary markets, which explains the success of block trades this year. As companies continue to post good results, we expect a rise in primary offerings, such as capital increases, in the coming years.

If a pro-market government is elected, the Chilean economy is expected to return to the sustained growth it showed a few years ago

To some degree, the following three macroeconomic effects may also explain the recent IPSA rally. The first is a calm market, which reached historic VIX index lows this year after two high-volatility events: Brexit and US elections in 2016. Low interest rates worldwide are the second. Finally, an increase in the weight of Latin America in emerging markets indices, which has brought fund flows to those markets as investors look for higher yields, is the third.

What role are M&As playing in the Chilean economy?
M&A transactions have endured the recent economic slowdown. Landmark deals, such as the $26bn Enel reorganisation that we led, have confirmed foreign investors’ interest in the Chilean market, especially in certain industries such as utilities, infrastructure, retail and insurance.

In most cases, local investors have cashed out on wealth that was allocated in one single vehicle and then diversified their portfolios, either in different assets or in new ventures. Local companies have also benefited from multinational expertise and best practices, which has enabled them to become platforms on which international players can enlarge operations in the region.

What are the future prospects for consumer retail and energy in Chile?
Chilean retailers have achieved strong momentum during the second half of this year. The retail index outperformed IPSA by five percent in July, backed by an improved economic outlook and an increase in local consumer confidence in the wake of the upcoming elections.

We expect that the industry will be exposed to a better economic scenario over the next few years. There is also a market consensus to keep investing in e-commerce and logistics, as business is migrating in that direction and global specialists, such as Amazon and others, are now reaching Latin America’s biggest economies.

The Chilean energy sector has always been very dynamic, and BTG Pactual in particular has been very active in in this industry. To name just a few M&A examples in the last couple of years, there was the Transchile sale to Ferrovial, Actis’ acquisition of SunEdison, the sale of FenixPower to Colbún, and the acquisition of Guacolda by GIP.

In our experience, we have seen certain trends determining activity in the sector. The first is a fall in consumption due to the recent economic slowdown that has affected electricity demand growth rates. Second, there has been a limited number of new base-load plants, something that is related to the lack of social, political and environmental support, as well as economic incentives for large-scale projects.

Also, non-conventional renewable energy is now dominating growth, with significant projects for solar and wind energy in the pipeline. However, intermittency needs to be managed with battery energy storage systems and network improvements, in addition to being complemented with standard base-load capacity.

Despite recent tenders being awarded at very low prices, higher prices are expected in the future, in line with reasonable returns, which will further incentivise the development of new hydro and gas-fired power plants. Another trend is growing competition – just four players used to comprise more than 90 percent of the market, but now several new players are entering through M&As and greenfield projects.

How has Chile’s economy developed over the past few years?
After years of sustained growth, the Chilean economy is in a slowdown phase due to various factors: the fall in the price of raw materials, uncertainty and the deterioration of confidence. These have been mostly driven by the large number of reforms proposed by the current government.

All of this has led to a loss of confidence in the political system, and a lack of new initiatives and private investment. The recent decline in the country’s rating is effectively the result of continued low economic growth.

Nevertheless, the medium-term outlook is optimistic. If a pro-market government is elected in the November elections, the Chilean economy is expected to return to the sustained growth levels it showed a few years ago.

How has Chile’s role in the Latin American economic community changed and expanded?
Despite the current situation, in the last decade Chile has become one of Latin America’s fastest-growing economies, and is now a model for neighbouring countries. Chile has emerged thanks to its solid institutions, while international trade has also played a major role.

Although there is still room for improvement in terms of inequality and dependence on the copper industry, nowadays Chile is one of the most attractive
economies in the region.

How has BTG Pactual Chile developed over the past few years, and what are your plans for the future?
The past few years have been especially active for us. For instance, since January 2017 we have successfully executed more than a dozen transactions in our three main products – M&As and equity and debt capital markets – involving the retail, power and utilities, shipping, airlines, infrastructure, fishing, and agriculture industries.

Among our recent M&As, we would in particular highlight the transactions of SunEdison and Actis, G&N and Carlyle, CBS and BupaSanitas, Guacolda and GIP, and TMLUC and Nutresa. We have also been very active in equity capital markets, having led five of the last eight public placements over $100m.

For the future, our focus is to continue materialising cross-border transactions and international offerings, given our competitive advantages. These include regional offices that have a deep local knowledge in Chile, Peru, Colombia, Mexico, Brazil and Argentina, and a global reach through our New York and London offices.