A force at work in South Carolina

South Carolina has become a magnet for investment, with more and more companies choosing to enjoy its favourable business climate 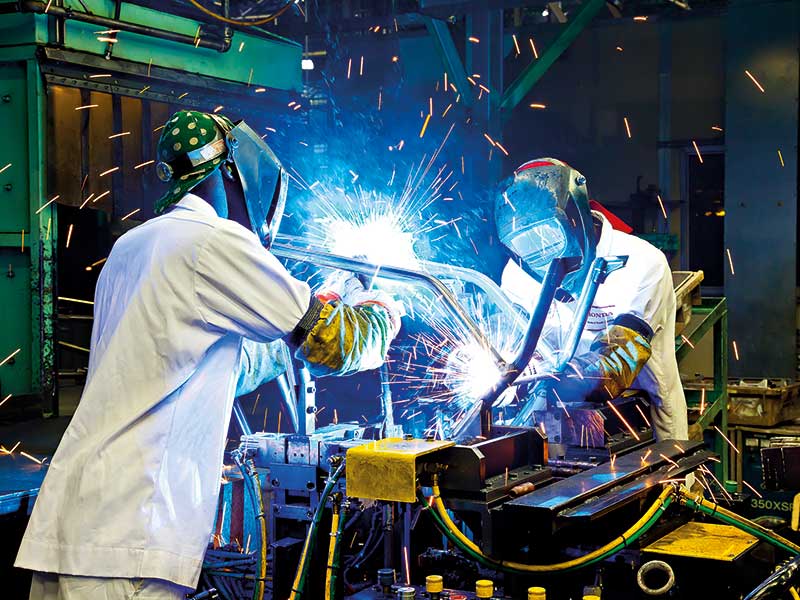 Since January 2011, South Carolina has accrued more than $16bn in capital investment from foreign companies, bringing more than 35,500 jobs to the state
Markets
Author: Bobby Hitt, Secretary of the South Carolina Department of Commerce

World famous for its picturesque beaches and golf courses, gracious hospitality and relaxed lifestyle, South Carolina has long been recognised as one of the top travel destinations in the US’ southern region. In 2016, Condé Nast Traveler named Charleston, South Carolina the number one small city in the US for the fifth consecutive year. Aside from its attraction as a top tourist destination, the Palmetto State – as South Carolina is also known – has been making its stamp on the map for business endeavours as well.

Indeed, the past few years have seen record levels of investment and big announcements from world-class brands in South Carolina, along with shrinking levels of unemployment. In 2016 alone, the state’s capital investment topped $3.4bn, which in turn created more than 13,000 jobs through new and expanding businesses. As a result, South Carolina’s unemployment rate continues to decline, to the benefit of the state’s population and economy alike. The numbers speak for themselves: by September 2016, the state’s unemployment rate fell to 4.9 percent, its lowest level since 2001.

Global player
Recognising the numerous benefits South Carolina has to offer, a growing number of multinational companies are setting up shop in the Palmetto State. South Carolina’s roster of world-class companies grew further in 2016 when Teijin announced a $600m investment in South Carolina. Having purchased 440 acres of land in Greenwood, the Japanese company plans to build a new carbon fibre production facility for aircraft and automotive applications, creating 220 new jobs in the process.

Global fibreglass products manufacturer China Jushi also announced its first North American manufacturing facility will be located in South Carolina, with the first phase of the project expected to pour $300m into the state, as well as introduce 400 new jobs.

Bobby Hitt, Secretary of the South Carolina Department of Commerce, told World Finance: “With a fantastic business climate, an extensive transportation network and a talented workforce, it is no surprise that South Carolina is now home to four of the top 10 global tyre manufacturers, and is the nation’s top producer and exporter of tyres. Companies from all corners of the globe are discovering that South Carolina is just right for business.”

South Carolina’s recent growth is partly due to an ongoing push by local entities to promote the state as a thriving business hub. Yet marketing alone cannot explain its success. In fact, the secret ingredient is also the state’s greatest asset and source of pride: its people. According to Hitt: “The Palmetto State’s loyal, world-class workforce has earned a reputation for making first-class products. That dedication to quality is one of the main reasons why the world’s most respected brands choose to do business in South Carolina.”

This reputation is aided further by the fact that South Carolina has built one of the top programmes for workforce training in the US. Known as readySC, it provides no-cost, customised training to companies making major investments in the state. Working with South Carolina’s technical colleges, readySC has led screening, hiring and training initiatives for more than a quarter of a million workers across almost 2,000 companies since the programme’s inception. With this level of support on their doorstep, companies seeking to expand their operations can find an ideal environment in South Carolina.

Internationally competitive
The state is ideally located midway between New York and Miami, giving companies the ability to serve a rapidly growing population and consumer base in the southeast. It is also connected to a vast logistics network of railways, roads, airports and a dynamic gateway to trade, the Port of Charleston.

According to Hitt: “Because of these factors, South Carolina has led the nation in recruiting foreign direct investment on a per capita basis, and today is home to more than 1,200 locations of foreign companies operating within its borders.” Since January 2011, South Carolina has accrued more than $16bn in capital investment from foreign companies, bringing more than 35,500 jobs to the state.

In South Carolina, a robust logistics infrastructure, skilled workforce, access to growing markets and a business-friendly environment are all key assets that continue to make the state particularly attractive for foreign investment. Today, the state’s diverse economy attracts companies from all corners of the globe. Hitt noted: “The Palmetto State takes pride in offering businesses the competitive advantages they need to be successful in today’s global market.”