Building a bright future for Kuwait

With Boursa Kuwait among the best-performing markets in the GCC and foreign investment steadily increasing, Kuwait is ready for the opportunities that emerging market status could bring 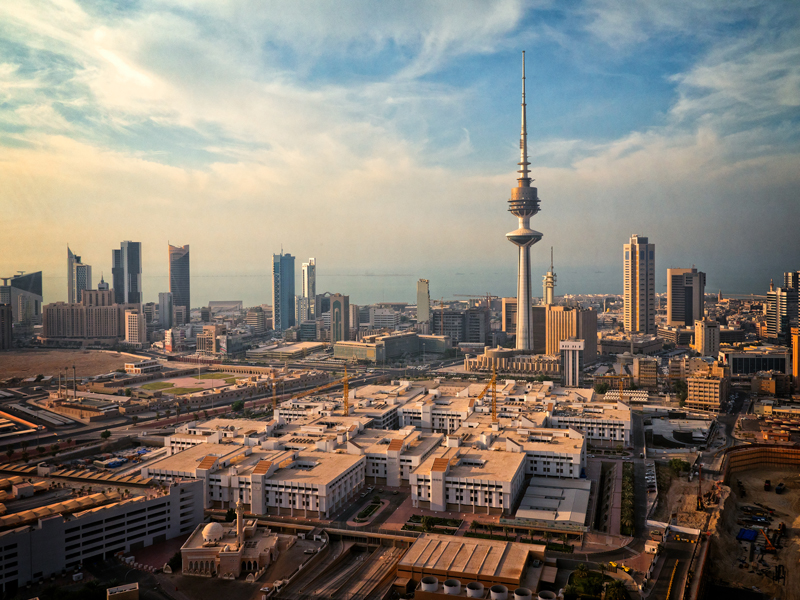 Kuwait’s entry into the upper tiers of the global economy is being carried out against the backdrop of its Vision 2035 plan, which was launched in 2017 as a blueprint for diversifying the economy
Infrastructure
Author: Sheikh Mohammed Jarrah Al-Sabah, Chairman at Kuwait International Bank

The global economy is changing: technology is becoming more deeply integrated into everything we do; the invisible hand of the market is ever-changing in its preferences; and geopolitics is, as always, casting its shadow across global financial systems. The government of Kuwait and Kuwait International Bank (KIB) understand that it is not possible to stand still amid these moving tides. In order for the economy to grow, we need to understand the dynamics of global finances and be flexible in matching them.

Kuwait has successfully made changes and commitments that will help navigate these coming changes, while also improving the economy’s standing in the international system. In fact, Kuwait’s entry into the upper tiers of the global economy is being carried out against the backdrop of its Vision 2035 plan, which was launched in 2017 as a blueprint for diversifying the economy. As with similar plans like Saudi Arabia’s Vision 2030, Kuwait aims to strengthen its private sector and drastically increase investment from outside the country.

Rising stock
Over the past year, the Kuwait stock exchange, Boursa Kuwait, has been among the best-performing markets in the Gulf Cooperation Council (GCC). In 2018, it advanced its plans to attract international investment via the progressive implementation of international standards, thereby bridging the gap between Boursa Kuwait and the best-performing stock exchanges in the world.

This progress was perhaps best demonstrated by Kuwait’s transition to secondary emerging market status within the FTSE Global Equity Index Series. During a semi-annual review that took place in September 2018, the first half of the market transitioned, and was followed in short order by the second half in December.

Boursa Kuwait’s rapid ascent does not stop there. According to S&P Dow Jones, Kuwait is on track for an upgrade to emerging market status. London-based MSCI, for its part, is also weighing a potential reclassification of Kuwait from being a frontier market to an emerging market.

The exchange has also taken steps to drastically improve its transparency and liquidity, and to increase the number of shares traded by reclassifying its indices. Creating a transparent environment for trading has strengthened confidence in the market itself. The comprehensively supervised mechanisms that Boursa Kuwait has implemented have effectively removed any lingering doubts buyers and sellers may have had about participating in the market.

Further, Boursa Kuwait is increasingly important for the country’s long-term economic prospects. As a result of the significant efforts that have been made to reform it, stocks traded in the market are increasingly attractive to both Kuwaiti and international investors. It is one of the largest stock exchanges in the MENA region, and the country’s economic prosperity is further reflected in its position among the top 10 countries in the region in the World Bank’s Doing Business 2019 report.

Since the stock exchange was privatised, its transition into a competitive trading platform in the region has required the implementation of numerous tools and mechanisms. Today, the stock market has more efficient and accessible capital from both within and outside Kuwait as a result.

Foreign investment
The progress already made does not mean that the country is not taking additional steps to accelerate its climb. A medley of strict standards, international best practices and legislative measures are being implemented across the country to further pry open the floodgates to foreign investment.

The structural modifications made to the stock market, in tandem with changes to the legislative framework governing it, have paved the way for foreign investment. Foreign ownership of local banks, for example, was previously banned before the passing of Decree 694/2018.

An influx of foreign money has had a marked effect not just on capital markets, but on the entire economy, as envisioned in Kuwait’s long-term development plan. Currently, indirect foreign investment stock in Kuwait stands at around $800m. Additionally, Kuwait is one of several Gulf nations whose governments have pivoted towards digitalisation.

This trend is bringing modern technological systems to markets that foreign investors might have otherwise perceived as static or antiquated.
Technological change has not only been pushed at the governmental level, but also by financial institutions that have been at the forefront of the digital revolution. Innovation is both encouraged from the top down and grown organically from the ground up, which in turn is driving innovative business models across the Kuwaiti economy.

Moreover, Kuwait’s high level of political stability had been recognised by the major credit agencies, which see the country as having low political risk. Moody’s has given Kuwait an Aa2 rating, reflecting its strong investment opportunities. Increased investment flows have already had the knock-on effect of stimulating entrepreneurship and creating new businesses, which has then led to increased job creation. Programmes that have been initiated across Kuwait to feed the private sector have further buttressed this.

Human capital
For KIB, a crucial pillar of Vision 2035 is ‘creative human capital’, as it aligns with one of the bank’s core driving principles: supporting Kuwait’s national workforce. It is to this end that KIB has developed a series of training programmes for its staff and devoted significant resources to developing its employee base.

The bank has also implemented a comprehensive financial literacy programme for the wider community, with the aim of improving financial and economic awareness. In so doing, KIB is effectively investing in the future of the country’s financial system, as incoming employees are more in tune with how the economy works. The aggregate effect of this education will benefit not just Kuwait’s financial sector, but every industry in the country.

Human capital is the foundation of financial prosperity, and nurturing it is as important as any investment that can be made. Economies are, after all, managed by humans, and it is only through their success that economies grow. Through such investments, economic growth is not only achieved faster, but more sustainably, as workers become more productive and technologically savvy.

Oil prices
Like most Gulf states, Kuwait’s economy has historically been heavily dependent on its oil revenues. The government is well aware of the fluctuating nature of oil prices and the effects they can have on the economy. This was most starkly demonstrated in 2014 when the price of oil crashed due to high global production, the effects of which were felt not just in Kuwait, but across the Gulf.

Daily oil prices in 2018 were relatively unpredictable, and thereby acted as a function of unprecedented volatility in the market. The macroeconomic, geopolitical and technological factors that have caused instability in oil prices are not expected to see any meaningful change any time soon – these factors include a decrease in aggregate global economic growth and oil consumption.

This slowdown is reflected in industrial activity and freight transportation, which is expected to expand at a slower pace over the next year. Another is increasingly weak demand for oil in Europe and Asia: this can be attributed to environmental concerns and the accelerating uptake of renewable energy, which is maturing to the point of not needing government subsidies.

Separate from the demand-side factors, supply-side considerations include OPEC policies and the growth of shale production in the US, as well as sanctions imposed by the US on oil-producing nations. Kuwait has taken steps to mitigate these effects. In the near-term, the country’s sovereign financial reserves will continue to act as a buffer that softens economic shocks. Sovereign wealth vehicles like the Kuwait Investment Authority provide other revenue streams that reduce the country’s reliance on oil income.

In the long term, the government has a number of fiscal reforms in the pipeline that will apply more stringent measures aimed at bringing government debt under control and spurring economic growth. These reforms include the slashing of unnecessary expenses and the implementation of a value-added tax. The country’s budget will also be restructured to absorb market volatility. Below the governmental level, companies will have to further their technological advances while maintaining strict market discipline and improving their productivity.

Over the next year, we expect Kuwait’s economy to grow despite challenges posed by oil fluctuations and low prices. The fact that Kuwait is largely dependent on oil revenues also means that the country’s finances are heavily influenced by factors outside its full control. One of the more important external factors are policies set forth by OPEC – namely, the level of oil production agreed upon by the organisation. To stabilise prices, OPEC has already made efforts to decrease oil production in a bid to balance the market, carrying out a round of production cuts that took effect in January.

Naturally, steering the economy towards more private sector activity, as well as exploiting other potential markets, will continue to grow as national priorities. The first steps have already been made, and for Kuwait, the only way is up. KIB has been at the forefront of Kuwait’s financial relations with the rest of the world since its creation in the early 1970s and will continue to lead the way for decades to come.