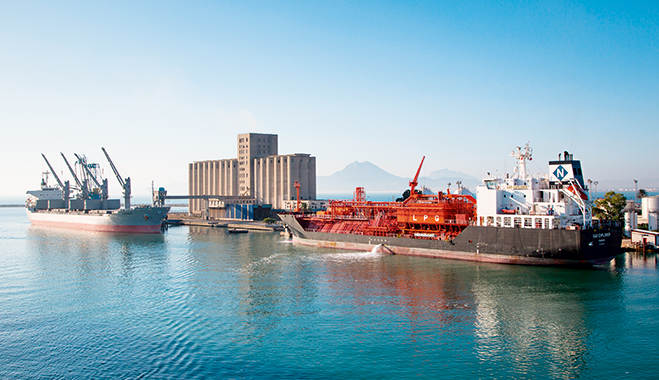 The shipping industry has often relied on bank financing but, in the wake of the global economic crisis, many were forced to move to alternative financing
Wealth Management
Author: Peter Sand, Chief Shipping Analyst at BIMCO

The global shipping industry is a capital-intensive business. All industry participants need capex financing as well as available credit lines to handle the large scale, daily, cash flows, which are a part of the growing concern – in the same way as investments in the future of any company are.

Traditionally, the shipping industry has relied heavily on bank financing, as limited alternatives were available or were unattractive. And so the introduction of multiple alternative financing options in the wake of the global economic crisis came in handy to those who needed it and had found nowhere else to go. The limited strings attached to bank financing make it a favourite, but the significant changes to the market conditions in many parts of the shipping industry forged new partnerships between financially interested parties and experienced shipping people.

Alternative financing has not just provided a new source of financing; we have also seen contraction among the alternatives

As the industry is currently awash with ships, earnings are depressed and that is putting pressure on loan terms. Loan-to-value covenants, as well as required cash reserves and minimum equity restrictions, are among the most widely used measurements of credit quality by lenders. This goes for traditional banks, shipping banks and alternative financing providers.

Challenges to overcome
There are multiple challenges on both sides. From the banking side, the financial crisis has brought some bad loans into the portfolio for all, as well as increased regulation. Basel III is the most prolific example of the latter. In non-professional terms, this means credit given to shipping interests is likely to become more expensive, as industries categorised as ‘high risk’ force the banks to put more money aside in reserves for each dollar they lend out. This is likely to see interest for alternative shipping finance options increase.

So far, a lot of talk has surrounded the alternative financing options given to the shipping industry, but on a larger scale, we have seen little action. Despite all the talk, the financing need of the industry has not diminished in recent years. Right after the outbreak of the economic and financial crisis in the West, a huge order book needed finance. The air was thick with uncertainty and wishful thinking: would the lack of financing cut the order book significantly down, now that money was not easy to come by and shipping demand had apparently evaporated? No, was the unfortunate answer to that question. Who stepped in to bridge the gap then? Banks did to a large extent, but not the traditional European ones, as they were too busy dealing with existing loans (see Fig. 1). Among the new entrants into ship financing were the policy banks of China and the Export Credit Agencies in other Asian shipbuilding nations, lending support to their domestic industry, and subsequently to the global shipping industry.

We have also seen shipping funds move into closer partnerships with traditional shipping companies in deals that look like financial leasing.

Alternative financing has not just provided a new source of financing; we have also seen contraction among the alternatives. The most prominent is the German KG market. Once a very successful way of providing financing primarily for containerships, today it is a tap that has run dry.

The challenges on the shipping side, in combination with those on the banking side, may see more deals actually done with the support of alternative sources in the near future. Why would that be? Because the industry for one has become more familiar with the concept; earnings are still sluggish, which in turn limits the cash flow generating ability of the industry; and high-performance management is top of the agenda, making company accounts better suited to attracting alternative financing.