Peru has reformed its pensions system, but its coverage remains limited. If that can be overcome, the country could capitalise on masses of untapped potential and expand its reach 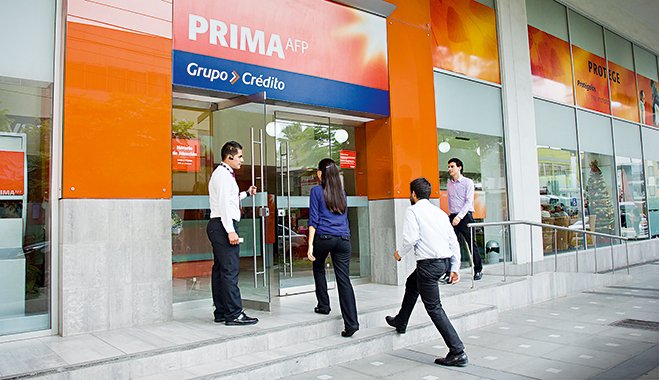 With its private pensions system, unique credentials and rapid economic growth, Peru has been drawing in pension fund managers from across the globe as they look to capitalise on the country’s substantial potential. Nevertheless, that potential is currently being held back, with a large portion of the workforce operating informally – and thereby outside of the current pension system.

Renzo Ricci Cocchella, CEO of leading pension fund manager Prima AFP, believes the key to tapping into that potential lies in scrapping other systems to bring everyone under the private pensions system, and providing incentives to get more workers to contribute to it. Fresh from the company winning the World Finance Best Pension Fund, Peru award for 2015 (the fifth time the company has won the award), we spoke to him about what other steps should be taken to improve the system, what impact the reforms in 2012 have had in Peru, and how the country’s sector compares with that of the wider Latin American region.

What is it about Peru’s current situation that makes it attractive for pension fund managers?
Peru’s potential GDP is higher than that of other surrounding countries and our companies’ fundamentals are good. That’s drawing in new employees, in turn increasing the number of those under the pension system. Given that three quarters of the population aren’t currently part of it, the potential market is huge.

The private pension system (SPP) has matured and is now in a position to invest in new asset classes such as alternative funds, offering attractive yields and less volatility. This is enabling pension fund administrators to increase the profitability of funds and so maximise pension payouts.

How does Peru’s private pension system compare with others in neighbouring regions?
The pension systems in Chile, Colombia and Mexico are similar to ours in that they all have individual capitalisation systems. Like Peru, all three have a number of AFP [Administradoras de Fondos de Pensión] players in the market and manage distinct types of funds with different levels of profitability and risk. The biggest differences are that Chile and Mexico don’t offer any systems outside of the private pension one, and that Colombia, unlike Peru, requires companies to make unemployment contributions to the AFPs, in Peru the unemployment contributions are administrated by banks.

In what ways has the pension system changed in recent years?
In 2012, the Peruvian State reformed the private pension system in four key ways. Given that most of the population isn’t currently covered by the system, the state ruled that all independent workers under the age of 40 would be obliged to contribute from August 2014 – a regulation which was then repealed last September.

It also focused on increasing competition, establishing a tender to encourage new entries to the AFP. The AFP that offered the lowest commission scheme won the exclusive right to affiliate all new workers to the private pension system for two years. I believe, however, that an open and free market is preferable; we’d reach more workers if all AFPs were able to affiliate them. Efficiency is also being improved, by centralising five common processes that are common to all AFPs.

Meanwhile under investment reforms, improving transparency has been a key focus; companies are now required to publish all investment portfolio results on a monthly basis. AFPs are also being made more dynamic, the eligibility of each investment instrument before allowing it to be included in a portfolio was applied to the AFP instead of the regulating entity. Most importantly, the reform has increased investment flexibility. In this context, alternative investments now constitute a new class of assets with significantly higher investment limits than before. Rules surrounding the use of derivative instruments have also been made more flexible, with parameters now encompassing relative risks, proxy hedges and unleveraged directional positions. Other changes have also been made to increase self-regulation.

What further changes should be made?
I believe there are three key changes to make. The first of those is increasing coverage, by obliging independent workers currently not saving for their retirement to start contributing to the private pension system. The state needs to educate the population and explore the possibility of providing tax incentives or other mechanisms to make this proposal more attractive.

The second focus should be on increasing replacement rates (that is, the ratio of the pension at the time of retirement divided by their recent average salary). Although this rate is increasing, efforts need to be made to ensure this ratio follows an upward trend to eventually reach 70 percent of the average salary. In order to do that, no cuts should be made to the salary percentage that workers are required to pay into pension funds. Members of the system currently contribute 10 percent of their monthly salary to their AFPs, but in the past this was cut to eight percent for political reasons.

My third recommendation is evaluating the possibility of having only one pension system: the public pension system (where affiliates contribute to a common fund) is underfunded, pensioner payouts from this system come from fiscal revenue. This amount will continue to increase over time, as Peru has a large base of young people (see Fig. 1). Sustaining the pension system will become more difficult as the population ages in the future, however. I believe a sustainable solution for future governments lies in using the private pension system alone, where members can build their funds with contributions and yields obtained by their AFPs.

What opportunities does this bring?
The changes would mean more Peruvians covered by a pension upon retirement; a bigger AFP base, which will spread out costs; increased trust in the private pension system; and healthier fiscal accounts, which will help ensure that all contributors receive a minimum pension.

What major challenges remain for those working in Peru’s private pension sector?
Other than the need to expand the pension systems’ coverage through policies, incentives and benefits that appeal to employees, people need to be educated about it. Over the past 22 years the private pension system has not communicated its benefits effectively, and we need to be more creative and proactive to build trust and satisfaction among our client base.

Liquidity in domestic markets has not improved in more than a decade, while assets in the pensions industry have grown five-fold. It’s now virtually impossible to manage domestic portfolios, so our investment focus has turned to more manageable areas, namely global markets. How has Prima AFP changed its investment model to accommodate these changes?
We worked hard in 2014 to align our investment practices with those of big global players. We wanted to put in place an investment framework that was ready to take on a larger number of more complex, globally reaching assets.

We have now established long-term goals for investment returns, creating a strategic asset allocation (SAA) framework to ensure our portfolios are paying off in the long term. We have also developed our investment and risk management teams, changing their structure and hiring experienced professionals.

In terms of governance, our risk management practice – traditionally focused on regulation and compliance – has been better integrated with the investment process to ensure sensible risk-taking that’s aligned with the investment goals of each fund. We’ve also invested significantly in IT to improve risk management, front-to-back integration and other areas of the business. We believe these changes are helping to set us out as a leader in the industry – not only locally, but also in the wider Latin American region.

What advantages is this likely to have?
We expect the main advantage to be our improved ability to deliver risk-adjusted, more consistent returns to our clients over the long-term. Good investment decisions require a robust decision-making process, comprehensive information about the portfolios and its risks, and sound governance. By tackling all of these factors in 2014, we are better positioned to lead the industry’s returns in an ever-evolving regulatory framework.

Tell us a little about the companies you’ve partnered with to make these changes
We hired global consultancy Oliver Wyman – the firm appointed by the ECB to undertake the European bank stress tests – to help us identify our weaknesses and so make more effective changes. We also leveraged our strong links with Blackrock. As the world’s largest asset manager and one which has worked with a number of other Latin American pension funds, the firm was able to draw on its understanding of regional markets to help us create the SAA framework.

Finally, to help us develop our investment platform we partnered with Bloomberg – the global leader in information services for investment professionals around the world. The sophistication and reliability of these tools are helping us to develop our reporting, execution and risk management capabilities to the highest possible global standards.