Chile’s banking sector has helped drive the country’s economic growth, and Bci has been an integral part since it was established nearly 80 years ago 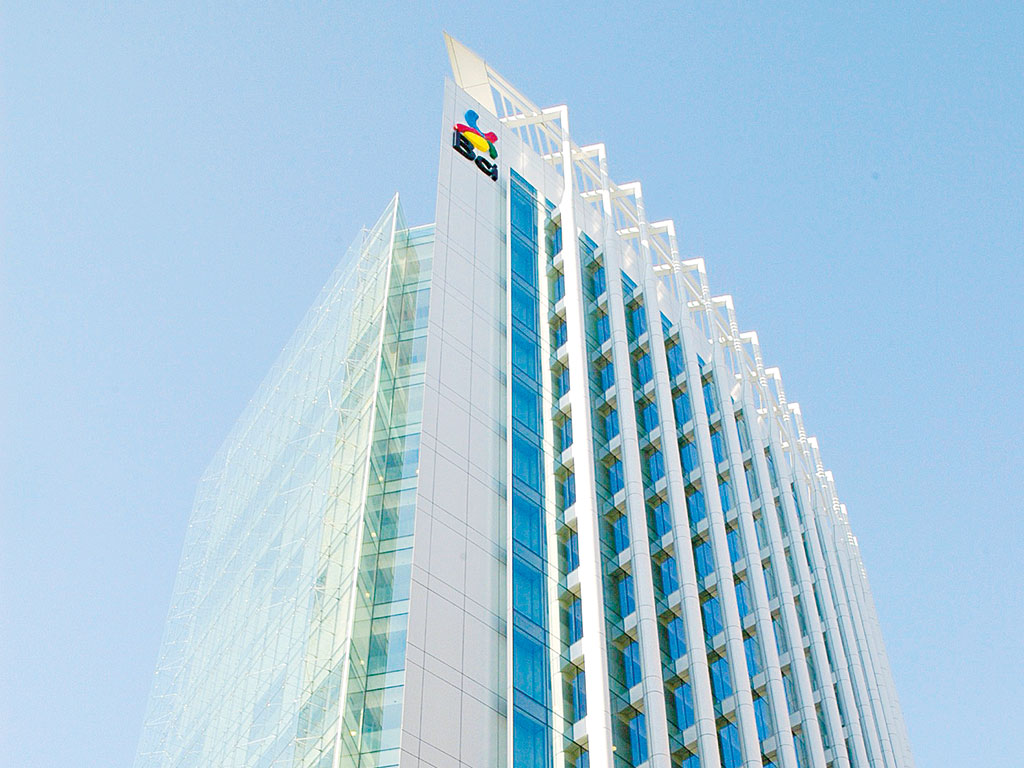 Pushing the development of small and medium-sized enterprises forward, Banco de Credito e Inversiones (Bci) is part of a highly competitive market – in which over 20 Chilean and foreign banks operate. It stands out as one of the most important banks in Chile, with over 10,000 employees who strive to provide the best customer experience in the more than 360 branches and contact points, not only throughout Chile but also through its representative offices overseas. If there is something that has characterised Bci over 78 years of its history, it is that it has dared to do things differently, working daily to achieve its goals. Right from the start it has put the customer at the heart of its operations, permanently innovating and constantly supporting entrepreneurship.

A lesson in history
The incorporation of Bci was accepted on May 7, 1937. The first board meeting was held eight days later, comprising of a group of immigrant businessmen. From the very beginning, its main objective has been to serve the country’s productive sector, with its core pillars being a customer focus, support of entrepreneurship, an innovative spirit and transparency.

Over the years, Bci has consolidated its development by achieving ambitious objectives

Over the years, Bci has consolidated its development by achieving ambitious objectives. In 1958, it was in fifth place of the banking sector for loans. In 1964, it was already in third place. It has always grown constantly with a business culture based on core values and principles, putting people at the heart of its activities and committed to permanent innovation to seek service, channel and process solutions. It was the first corporation in Chile to invite its employees to have a share of its ownership by subscribing to stock and the first bank to receive the award for the Best Company in Chile given by the Chilean Institute of Rational Corporate Management (ICARE) in 2006.

On October 17, 1991, Bci became the first bank to pay off the subordinated debt, ending the commitment undertaken with the Chilean Central Bank due to the financial crisis in the early 1980s. The former President of Bci Jorge Yarur informed his employees of this news in an emotional speech, closing by saying “it was a task and challenge. This is an opportunity to thank all customers for their trust and all employees and executives for their spirit and drive to achieve what we are now celebrating.” A few hours later he died, after 37 years of sound management of Bci.

In 1998, Bci launched its international expansion process, opening up new representative offices and addressing new challenges in Peru, Mexico, Sao Paulo and Miami. That same year, it became the first 100 percent virtual bank in Chile, with a 24/7 service in which its customers can meet all their banking needs without having to visit a branch. This was a completely revolutionary idea at the time.

Throughout its history, Bci has been a forerunner in adopting new technologies seeking to deliver the best customer experience. It became the first online bank throughout Chile and the most advanced computer project in the Chilean banking sector of that time. It was a pioneer in developing the first ATMs and the first non-interest bearing deposit account that was then adopted by the whole banking sector. It drove the automatic payment of bills, self-service, telephone banking and was the first to implement mobile banking on a mobile device.

Operations today
Bci is currently the third largest private bank in Chile in terms of loans and net income, and it has attained this position so far based on sustainable organic growth and a strategy focused on strengthening the most profitable areas, with defined and diversified risk, by means of a wider geographical field to tap into new opportunities. This has enabled it to attain return on average equity (ROAE) of around 20 percent, one of the highest in the banking sector.

It operates in four customer segments: retail banking, SME banking, commercial banking; and corporate and investment banking (CIB), which represent different customer segments. The retail banking area services customers through different platforms; the commercial banking division serves companies – mostly with sales of over $80,000 a year – CIB is targeted at large corporations and institutional customers with a high net worth, operating in the financial market with sophisticated financial service needs like investment banking, treasury and others. Lastly, the SME banking area comprises of the microenterprise, entrepreneur and small business segments.

Based on this commercial structure, Bci has defined its strategic focus generating the best customer experience, attaining a different value proposal for the different segments and sub-segments. Always seeking innovation and new opportunities, the bank has developed a strategy of internationalisation and diversification of external financing sources in terms of investor profile and their geographical origin.

Bci’s growth has not only been evident in positive economic and financial indicators (see Fig. 1), it has also been reflected in important areas including transparency, corporate social responsibility (CSR) and innovation, for all of which the bank has obtained numerous awards and accolades, including ‘One of the most transparent companies in Chile’ by Chile Transparente and KPMG for the third year running.

In the customer experience area, the specialised consultant IZO, along with Universidad de los Andes, ranked Bci as the bank offering the best customer experience in the Chilean banking sector. Bci was also ranked in first place of the National Customer Satisfaction Index in the large bank category, according to the ranking by ProCalidad, Universidad Adolfo Ibánez, Adimark, Praxis and Capital magazine. In regard to CSR, the bank was selected as the most responsible company with the best corporate governance in Chile, according to the report by the Business Monitor of Corporate Reputation (MERCO). This report also recognised Bci as the number three company with the best corporate reputation in the country and the sixth most attractive company to work for in Chile. Bci also attained first place in the national CSR ranking conducted by the ProHumana Foundation with the support of Qué Pasa magazine.

It is also important to highlight that the University of Chile distinguished Bci as the ‘Most innovative bank in Chile’ in the innovative company survey made by the Business School of Universidad de Los Andes, and in the Best Place to Innovate report.

For business management, the Boston Consulting Group (BCG) selected Bci as a Local Dynamo in 2014. This means that the bank is the only company in Chile in the group of 50 companies with headquarters in emerging economies, which have been particularly successful in competing in their markets, beating multinational and Chilean companies.

World Finance distinguished Bci in first place of Chilean Banks in four categories: Best Banking Group in Chile; Best Private Bank in Chile; Most Sustainable Bank in Chile, and Best Asset Manager in Chile, with the latter award going to Bci Asset Management. The bank achieved all the above due to an organisation that believes people are the core of all human activity. This is how the bank connects to the customers and employees, making each interaction a memorable experience.

To become a company with over 10,000 employees, the bank has always taken special care to create and manage a sound organisational culture that puts people at the heart of any business success, and for that reason the content employee equates to customer success.

As a result of this, Bci’s organisational culture is based on values that include respect, integrity and excellence, which gives priority to meritocracy as the main mechanism of growth and internal development by means of working with the entire organisation. It thereby fosters the creation of an unrivalled work environment that promotes creativity and innovation, quality of life, teamwork and the professional and personal growth of each one of its employees.