Last year, Greece finally regained its financial independence after the end of its eight-year bailout programme, but inherent problems still persist in the country. The intrinsic fallibility of its debilitated banking industry is perhaps the most worrying 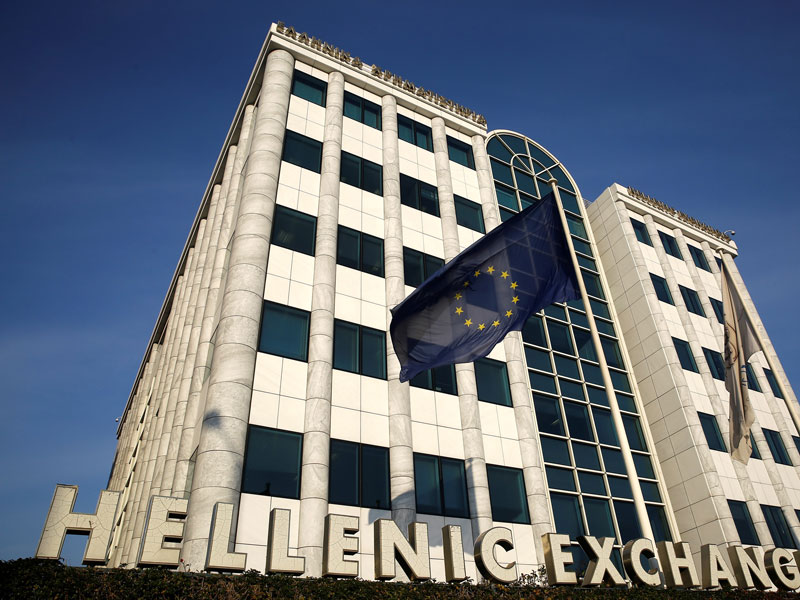 A worrying number of Greece's financial institutions are failing to be profitable and continue to be weighed down by a host of non-performing loans
Banking | Commercial banking | Featured
Author: Barclay Ballard

Back in August 2018, European officials were quick to congratulate Greece (and themselves) for the Mediterranean country’s completion of its third successive international bailout programme. Altogether, it took some eight years and a host of crippling cuts to public spending, but finally Greece was able to borrow at normal market rates – just like any other eurozone country.

Although Greece has exited its bailout programme, it is still heavily indebted to its creditors

“Greece’s salvation is also a sign of European solidarity,” Olaf Scholz, Germany’s Federal Minister of Finance, explained to the Handelsblatt newspaper at the time. “The conclusion of the Greece programme is a success. The bleak predictions of the prophets of doom have not come true.”

Not yet, anyway. Few Greek households would have celebrated the end of the financial bailouts last year, however, with citizens well aware that tough times remain ahead. Despite some improvement, unemployment is still far too high (see Fig 1) and the country’s economy remains more than 25 percent smaller than it was when the financial crisis erupted in 2008. The Greek banking sector is another cause for concern. Many of the country’s financial institutions are barely profitable and bogged down with a host of non-performing loans (NPLs). This in turn ensures that many banks are reluctant to supply the lending that an economy needs in order to function properly. Unfortunately, with prospects for the global economy looking more precarious all the time and Greece’s own political situation unclear, the opportunity for banking reform may have already passed.

Off balance
Although Greece has exited its bailout programme, it is still heavily indebted to its creditors and must exhibit a strong degree of fiscal responsibility or risk damaging the market’s fragile confidence in its ability to reform. As of the end of 2017, Greece’s debt-to-GDP ratio stood at a staggering 188 percent (see Fig 2) – clearly, now is not the time to be complacent.

First of all, Greek banks must find a way to shift their huge quantities of NPLs. While it’s true that some headway has been made in this regard since 2016, NPLs still represent 48 percent of all outstanding bank loans. As of June last year, Piraeus Bank had an NPL exposure rate of 54.7 percent, Alpha Bank’s figure was 51.9 percent and the National Bank of Greece’s 42 percent. Meanwhile, the average NPL ratio across the EU is just four percent. Greek banks find themselves in this mess because the 2008 crash greatly impacted the ability of borrowers to repay their loans. The recession that hit the country was so severe that even the Greek state went bust, meaning that banks had to accept write-offs on the government bonds that they held. The country’s political situation hasn’t helped matters either: Prime Minister Alexis Tsipras has not always seen eye-to-eye with European creditors, and at one point even threatened to take Greece out of the euro.

All in all, this has left Greek banks trapped in a state of limbo. They need to be able to lend in order for the economy to get going again, but they also need a functioning economy so they can resolve some of the NPLs on their balance sheets. The problem is not only one of banks being unable to provide an adequate supply of lending, but also of the Greek economy not delivering enough demand for said lending.

The blame game
Greek banks cannot justifiably claim that they have been the victims of circumstance. Although the financial crash may have been the straw that broke the camel’s back, underlying issues have been allowed to fester for too long regardless. A high proportion of bad loans are partly the result of bad decision-making.

In 2004, when things were going well for meat producer Nikas, an investment firm partly owned by Greece’s Eurobank Ergasias bought out the company. However, by 2006 things had turned sour, and Nikas had to agree loan write-offs with some of its creditors – Eurobank among them – in order to service debts of €77m ($87.7m). Although the loss to Eurobank was small in the grand scheme of things, it provides a snapshot of how the country’s banking system managed to entangle itself in the country’s private debt problem.

Improving corporate governance in Greece is one way of shoring up the banks. In the case of Nikas, executives from Eurobank were also board members at the firm, meaning Nikas managed to survive the crisis through a combination of debt write-offs and the sale of its mortgaged factory. Other firms have not been so fortunate.

That being said, Greece should not take all of the blame for the state of its domestic banking sector. It was only in May last year that the supervisory arm of the European Central Bank published the results of its stress test aimed specifically at assessing the country’s four systemic banks – all were cleared. The tests did determine that nine percent of the banks’ regulatory capital would be at risk in the event of an adverse economic future, but found that their capitalisation rate was “acceptable”. Such proclamations make it sound as though Greek’s banking sector lies on stable ground, but recent events clearly throw this into doubt.

Piraeus, Greece’s second-biggest bank, lost more than 60 percent of its value during 2018, and analysts are doubtful over the bank’s ability to meet its targeted reduction of NPLs by 2021. As of February 2019, Greek bank shares on the Athens Stock Exchange General Index had lost » more than 50 percent of their value over the previous 12 months. Regulators seem to be taking a lax approach even as Greek banks stagger on as virtual zombies.

Clearing the books
The way out of the current Greek banking crisis will not be easy, but some efforts are being explored. In December, Eurobank announced a merger with Grivalia Properties, a real estate investor, which should provide it with enough capital to clear €7bn ($7.9bn) worth of NPLs. However, this approach may not work for the country’s other beleaguered banks, particularly where they do not have sufficient liquidity.

of all outstanding bank loans in Greece are NPLs

Average NPL ratio across the EU

Restructuring or writing off the loans is another option, but one that would deliver a further blow to banks’ shareholders, who have already taken multiple hits during Greece’s economic malaise. Banks could also sell their NPLs to investors, backed by a government guarantee, or create a special purpose vehicle from deferred tax assets to purchase them themselves. Neither option is ideal and both would require government support, or perhaps even European Commission approval.

“A big challenge for Greece in 2019 will be how to deal with banks,” Gianluca Ziglio, Senior Fixed Income Analyst at Continuum Economics, told Greek newspaper Kathimerini. “A clean-up of their balance sheets remains a key precondition for halting deleveraging, increasing bank lending and therefore [supporting] the economic recovery. However, doing so too abruptly could create dangerous capital shortfalls which must be avoided to avoid a collapse of the banking sector.”

Stimulating demand presents another challenge. With domestic consumption struggling, demand for bank loans may come from Greek exporters, but problems remain here too. Greece’s neighbours are not exactly in rude health either – Turkey’s economy had a disastrous 2018 and prospects for the year ahead are mixed, meaning potential export markets nearby are likely to be depressed. The resolution of the naming dispute with the state of Macedonia – now North Macedonia – has cleared one item from the government’s checklist, but plenty more needs to be done.

A general election is coming up later this year in Greece, with local and European elections providing further distractions. With forecasts predicting that Tsipras’ Syriza party will be unseated by the centre-right New Democracy, the likelihood of Greece enacting much-needed economic reforms any time soon looks unlikely. That could prove to be a costly mistake, particularly with predictions for global economic wellbeing recently being downgraded. A slowdown in the wider European market, for example, could render any domestic reforms ineffectual.

All hope is not lost, however. A report published last year by EY, titled Opportunity out of adversity, stated that if the Greek economy continued to show growth, it would represent an “attractive investment opportunity across all asset classes”. This includes the NPL secondary market, which would give banks a way of shifting NPLs without having to resort to write-offs.

With billions of euros’ worth of NPLs weighing down Greece’s banking system, it is hardly surprising that citizens remain apprehensive

Despite Greece’s recent troubles, investors will be watching closely to see if there is any value to be had in buying up some of the bad loans – at a discount, of course – from the country’s struggling financial institutions. Banks in the country did manage to sell €12.5bn ($14.2bn) of NPLs to investors last year, but the government will be hoping that sales increase significantly in 2019.

Back in January, Valdis Dombrovskis, Vice President of the European Commission, highlighted the difficult balancing act facing Greece in an interview with news agency ANA.

“Currently, Greece is back to growth and has implemented during the three consecutive programmes a major reform agenda,” Dombrovskis explained. “It is difficult to find some area where reforms were not implemented. This has helped to strengthen the competitiveness and the fundaments of the Greek economy, which is now growing. So clearly risks have receded. At the same time, Greece’s return to the markets is a very delicate task. It has been out of the markets basically for nine years [and] it has by far the largest debt-to-GDP ratio, so there is not much room for manoeuvre and there is not much room for mistakes.”

Just as there is not much room for error, there is also no time to waste. Predictions of a slowdown for the global economy are building, threatening to undermine the few reforms that Greece has managed to implement thus far. At the same time, uncertainty in the domestic political arena makes it difficult to pass further legislation. With billions of euros’ worth of NPLs still weighing down the country’s banking system, it is hardly surprising that Greek citizens and businesses remain apprehensive. Greece may have exited its bailout programme, but its banks are not out of trouble just yet.