Libor: the end of a precious number

Libor was once the benchmark interest rate that made financial markets go round. But with interbank lending dwindling, it is set to be phased out in 2021 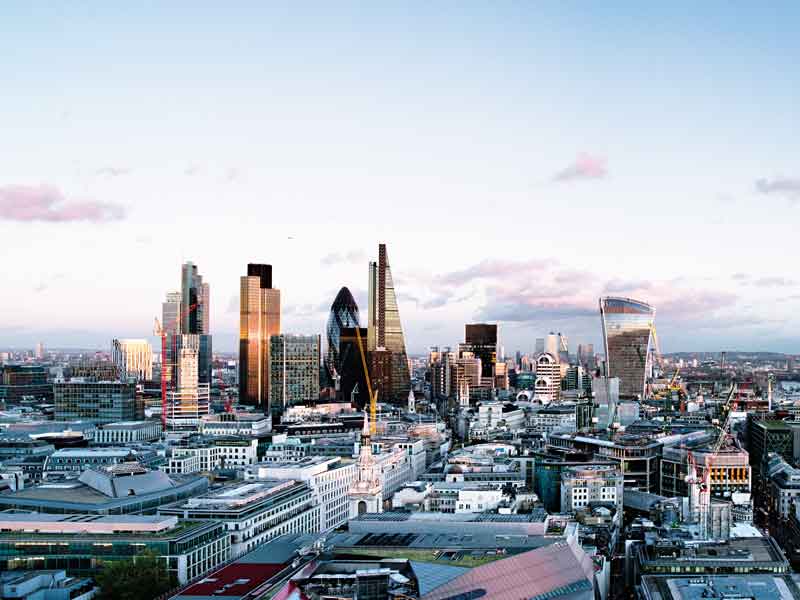 Libor meant that, for the first time since the interwar period, London was competing on an equal footing with New York
Banking | Retail banking
Author: Alex Katsomitros

When Andrew Bailey, head of the Financial Conduct Authority (FCA), disclosed in July that Libor will be phased out in 2021, few people in the financial world were surprised. The London Interbank Offered Rate (Libor), a benchmark interest rate used in markets worldwide, has been dying a slow death since the credit crunch. Its demise will mark the end of an era.

Although Libor started as an innovative benchmark to facilitate bank loans, it has gradually become a staple of the financial system.

Every day, bank panels around the globe – one for each major currency – submit an estimation of the interest rate they charge to lend to one other, backed up by transaction data. This interest rate underpins a wide range of financial products, from futures and derivatives to mortgages, worth at least $450trn.

The Greek banker
Libor is the brainchild of 91-year-old financier Minos Zombanakis, known in the City of London as ‘the Greek banker’. If Indiana Jones was a suited and booted banker rather than an archaeologist, Zombanakis could play the part.

The son of a poor farmer, he grew up in Crete and fought in the Korean War before moving to Washington to work for the Marshall Plan. Prior to this, the Second World War had interrupted his undergraduate studies, but that did not stop him from enrolling in graduate school at Harvard University and
obtaining a master’s degree.

When he moved back to Europe as a Middle East representative for a US firm, he became one of the pioneers of syndicated banking, an innovative practice that enabled banks to share the costs of risky loans.

Those were the early days of the eurodollar market: dollars flooded European markets, particularly the City, to avoid the strict legislation that capped US deposit interests at home, as well as interest for bonds purchased by non-US investors.

Zombanakis saw the opportunity and set up a new bank in London to tap into growing cross-border lending. When his old friend Khodadad Farmanfarmaian, Iran’s central banker, approached him to raise $80m for Iran’s five-year plan, he had to convince a number of banks to share the costs of a long-term loan to a country with a poor record in international markets.

He came up with a new concept: a floating interest rate, renewed every few months to reflect shifting market conditions. The rate would cover the banks’ costs to fund the loan, and would include a small spread for profit.

Libor had been born, and brought with it the rise of the syndicated loan market, itself a major step towards financial globalisation. By hedging risks and costs among several creditors, bank consortia created economies of scale that boosted international capital flows to unprecedented levels.

For most banks, participation in a consortium was their first brush with international clients.

Chris O’Malley, a veteran of bond markets and author of Bonds with Borders: A History of the Eurobond Market, said: “Most financial innovations tend to come out of the US. But the floating concept was a European, and especially [a] London, invention. It came at a time when interest rates were moving up sharply and investors were worried about losing money, so the idea of having a floating rate was quite attractive.”

Zombanakis soon established himself as a leading player in financial circles. Standing at 6’3”, well groomed and armed with irresistible charm, he became a member of the world’s most exclusive club at the time: City insiders.

“He was ambitious, but not in a way that made other people feel resentful or threatened. Most people wanted to help him,” said David Lascelles, Zombanakis’ biographer and Co-Founder of the Centre for the Study of Financial Innovation.

When the first oil crisis hit in 1973, Zombanakis saw another opportunity. As energy prices were skyrocketing, oil-producing countries were amassing colossal current account surpluses in dollars.

Zombanakis, who had connections in the Middle East, was one of the bankers who helped them recycle excess capital by lending it to developing countries, a practice known as ‘petrodollar recycling’.

The benchmark that changed everything
In the meantime, his brainchild had taken a life of its own, becoming the quintessential benchmark rate for bonds. By the 1980s, financial institutions had created complex products, such as derivatives and interest rate swaps, that required an independent interest rate for interbank lending;Libor was the fuel that propelled these markets into exponential growth.

Libor’s contribution to the City’s renaissance as a global financial hub cannot be overstated. In the early 1970s, the US relaxed its investment and lending restrictions to repatriate dollars held abroad.

The Financial Times predicted “the disappearance of one of the main foundations of the City’s pre-eminence as a world financial centre”. But the die had been cast; for the first time since the interwar period, London was competing on an equal footing with New York.

“Libor certainly strengthened London’s position at a time when international capital was looking for a global centre, especially after the US drove dollar business abroad with its interest tax,” said Lascelles.

The beginning of the end
‘The world’s most important number’, as The Wall Street Journal once called Libor, became a victim of its own success. Its reputation as an independent benchmark took a hit in 2012 when it was revealed that some panel banks were systematically rigging the rate.

Complicit institutions were forced to pay a total of $9bn in penalties, while policymakers pushed for a review of the submission process.

Regulatory oversight shifted from the BBA to the FCA in 2012; administration was taken up by ICE, a US exchange. Real-time data beefed up the benchmark to reflect actual transactions, rather than estimations of borrowing costs.

But full-scale reform proved impossible as Libor rates had been incorporated into a vast number of contracts running over several decades. The FCA announcement sealed its fate.

The official reason for Libor’s demise is that it is becoming obsolete; the interbank lending market has dwindled since the credit crunch. But the benchmark has also become unpopular with banks who have seen their reputation tarnished by their association with rate rigging.

“Banks prefer not to be the subject of such scrutiny and large fines as they were during the Libor scandal. They therefore prefer either not to be involved with Libor, or not to be given scope for manipulation (or to be accused of manipulation),” said Joel Shapiro, Associate Professor of Finance at Saïd Business School, University of Oxford.

In the US, the Alternative Reference Rates Committee – a body formed by systemic banks and supported by the US Government – recommends the Broad Treasury Financing Rate, a rate representing borrowing costs secured against US Government debt.

“These options are only for short-term rates, and there is considerable uncertainty over what will replace Libor long-term rates,” said Shapiro. “Both are based on actual transactions, which is an advantage compared to Libor. They are also overseen by the regulators, rather than outsourced, which will improve oversight. Nevertheless, transaction-based benchmarks can be gamed as well, as we have seen in the gold and FX benchmarks.”

Another danger is benchmark fragmentation across different regions and markets that could result in higher capital costs.

For his part, Zombanakis, long retired to his native Crete, feels like a modern Dr Frankenstein, unable to recognise a world he helped create.

In an interview with the authors of The Fix, a bestseller on the Libor scandal, he said: “Banking now is like a prostitution racket run by pimps. There’s just too much money involved.”