The true cost of the EU’s border security boom

In its next budget cycle, the EU plans to spend billions on border control. The biggest winner in this arrangement is the private border security industry, which plays a key role in shaping European migration policy 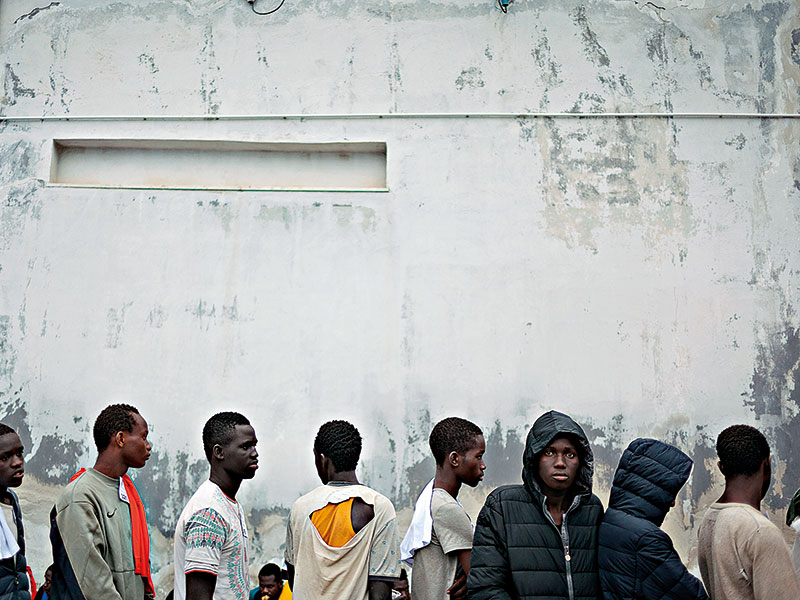 According to the Transnational Institute, Thales, Airbus and Leonardo are among the companies benefitting most from border security spending
Featured | Infrastructure
Author: Charlotte Gifford

Thirty years after celebrating the fall of the Berlin Wall, Europe has gone on a wall-building spree. In its next budget cycle (2021-27), the EU plans to spend €34.9bn ($38.4bn) on border security, to help manage the tens of thousands of migrants trying to enter the region every year.

As a result, business is booming for Europe’s border security industry. A 2019 report by the Transnational Institute has revealed that a small cohort of European arms companies profit handsomely from the huge growth in the EU’s border budgets. These large companies are increasingly influential in shaping EU policy and encouraging the bloc to boost security efforts, but migration experts warn that the heavy militarisation of Europe’s borders only puts already vulnerable migrants in greater peril.

Up in arms
According to the Transnational Institute, Thales, Airbus and Leonardo are among the companies benefitting most from border security spending. For these businesses, the refugee crisis represents something of a market opportunity. Thales, which produces radar and sensor equipment, is currently developing border surveillance infrastructure for EUROSUR, the European Border Surveillance System. Meanwhile, Italian arms firm Leonardo was awarded a €67.1m ($73.7m) contract in 2017 by the European Maritime Safety Agency to supply drones for EU coastguard agencies.

To keep the cash flowing, it’s in the interests of these companies that the EU treats border security as a priority. Through lobby groups such as the European Organisation for Security – which had a declared lobbying budget of €200,000 ($220,000) to €299,000 ($328,765) in 2016 – companies like Leonardo perpetuate the narrative that migration is a security threat first and foremost, and not a humanitarian crisis. On this premise, the heavy militarisation of Europe’s borders is a necessary course of action. Supporters of border security in Europe would argue that the spending boost is seeing results. In 2018, there were fewer than 150,000 new arrivals to Europe, according to UN data, down from more than a million in 2015. However, while the number of people arriving in Europe has fallen, the number of migrant deaths has risen, as heightened security has compelled people to reach Europe’s shores through more dangerous means.

A perilous journey
One argument for border militarisation is that it deters people from making hazardous crossings. “Walls work,” said US President Donald Trump in January 2019. “They save good people from attempting a very dangerous journey from other countries.”

In contrast, many migration experts argue that increased border security does not act as a deterrent. Nick Vaughan-Williams, a professor of International Security at the University of Warwick, has found in his research that migrants are “largely unaware” of the EU’s border security measures. “Those fleeing violence, poverty and persecution will not be deterred from seeking entry to Europe if they have no prior knowledge of these measures and the forces provoking their flight leave them with no option but to seek safety,” he told World Finance.

As well as forcing migrants to take more perilous routes and put their lives in the hands of smugglers, increased security increases the risk of human rights abuses at the borders themselves. There is growing evidence of violence against refugees by border security guards along the Balkan Route in Croatia. Although the Balkan Route may be far from Paris or Berlin, Amnesty International has released a statement to say that the EU is nonetheless complicit in these human rights abuses.

A European fortress
Militarised borders are the most visible way for a government to show that it’s acting on the public’s migration concerns, but in reality, their effectiveness is questionable. If migrant numbers were to once again reach 2015 levels, it’s likely that heavily militarised borders would just push refugees to take less conventional routes into Europe and risk their lives in doing so.

This, coupled with the climate emergency the EU is currently facing and the global economic downturn, makes it hard to justify the EU’s €34.9bn expenditure on borders. Many analysts argue that border security measures pander to the desires of populists and the far right, and do not necessarily reflect wider public opinion. “There is growing evidence that many EU citizens want accurate and trusted sources of information about migration rather than increased spending on border security – particularly in times of austerity,” Vaughan-Williams said.

Border security firms only skew this narrative further. Through their powerful lobbying position, they use paranoia to push for greater militarisation at the edge of Europe’s territory. In doing so, they fuel a vicious cycle where fear justifies higher walls and an increased border guard presence.