Caught in a debt trap

China’s Belt and Road Initiative promises to boost development in poorer nations. But the spread of SARS-CoV-2 means many countries may now struggle to pay back the loans they have accepted from Beijing 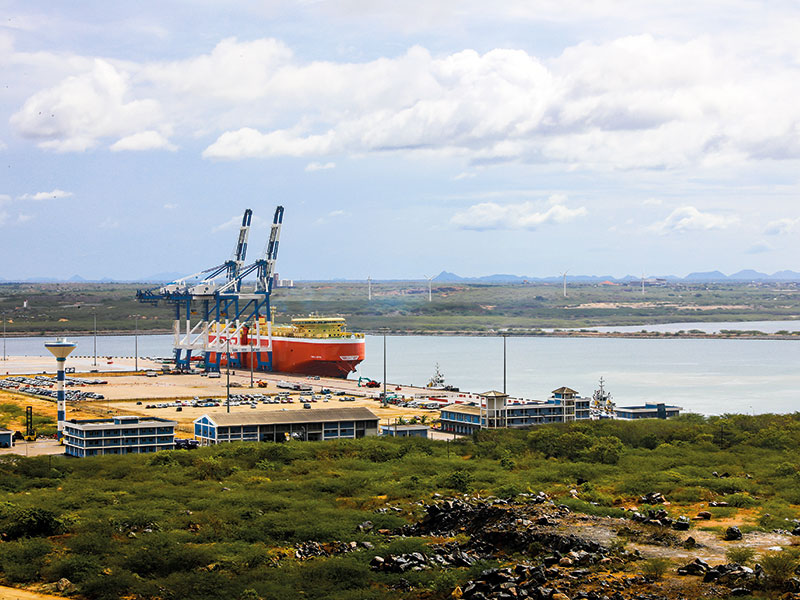 China has something of a mixed reputation when it comes to its overseas investment practices. Although its money is usually welcomed by developing countries where funds are scarce, Beijing’s accompanying demands can sometimes cause friction. The case of Sri Lanka’s Hambantota Port is a lesson to all countries that remain wary of getting caught in China’s debt trap. After the Sri Lankan Government could no longer keep up with payments for the port – which was heavily funded by Chinese investment – it was left with no choice but to sign it away to Beijing on a 99-year lease, along with 15,000 acres of surrounding land.

This reputation will now be put to the test as many recipient countries struggle to make repayments while managing the economic turmoil wreaked by COVID-19. Already, reports are circulating that many of the countries involved in China’s Belt and Road Initiative (BRI) need debt relief. But whether Beijing acquiesces to such a request remains to be seen.

Djibouti’s position as an international trade and logistics hub. Information collected by the Centre for Economic Policy Research’s policy portal, VoxEU, found that BRI transport infrastructure projects increased GDP for participant economies by up to 3.35 percent. Many of China’s BRI loans have gone to developing nations. According to the Washington, DC-based consultancy firm RWR Advisory Group, 15 of the top 20 recipients of BRI loans between 2013 and 2020 had an OECD risk classification of five or above; four were given the highest possible risk factor of seven. The COVID-19 pandemic could quickly make the financial situation in these countries unsustainable.

“The debt situation of BRI borrowing countries varies,” Scott Morris, a senior fellow at the Centre for Global Development, told World
Finance. “Many entered the current crisis with manageable debt loads, but some were already experiencing rising debt risks. Low-income countries, which have had limited access to commercial credit and have relied significantly on borrowing from China, are particularly vulnerable to debt distress. This is particularly [the case] for commodity exporters.”

According to The New York Times, Pakistan, Sri Lanka and several African countries are among those to have asked Beijing for a delay, restructuring or outright cancellation of debt since the COVID-19 pandemic

began. Some debt relief is likely to be granted, but what form it takes remains to be seen. For many of the countries that are currently struggling economically, rescheduling is unlikely to be enough and debt reductions will be necessary. It’s not clear whether China is willing to go this far, or whether the government will do so in coordination with an international creditor organisation like the IMF.

A bump in the road
The COVID-19 pandemic has spread rapidly and caused nations around the world to take unprecedented action, much of which has hamstrung their respective economies. In the developed world, there is a growing acceptance that this economic damage is likely to hit the poorest nations the hardest. In April, G20 nations agreed to freeze bilateral loan repayments for low-income countries until the end of the year, calling on private creditors to follow suit. Despite agreeing to the deal, China has muddied the waters somewhat by declaring that it will negotiate with borrowers on a bespoke, bilateral basis.

The COVID-19 pandemic has caused nations around the world to take unprecedented action, much of which has hamstrung their respective economies

“It appears that China intends to pursue negotiations through bilateral channels, which undercuts the ability of other creditors to pursue a coordinated approach,” Morris said. “If a large number of borrowing countries are seeking relief simultaneously, it may tax the ability of the Chinese Government to sustain this bilateral approach. China has no experience as a leading creditor in a systemic debt crisis.”
Moving forward, an important question for the BRI and other forms of Chinese lending is the degree to which terms will be adjusted to reflect the circumstances of borrowing countries. Lending concessionality is a key principle of multilateral lenders like the World Bank, but China has historically favoured practices more aligned with those of commercial lenders.

With the world watching, China will have to tread carefully in terms of how it reacts to the growing number of requests for debt relief. The BRI was envisaged as much as a PR exercise for Beijing as it was an infrastructural support programme for the world’s poorest countries, but problems have been mounting for some time. In 2018, a study conducted by the Centre for Global Development was already predicting that the BRI could bankrupt eight countries. That prediction may now need to be revised upwards.