While China’s housing market is thought to be a bubble waiting to burst, what constitutes a bubble in the nation’s private housing sector is far from clear 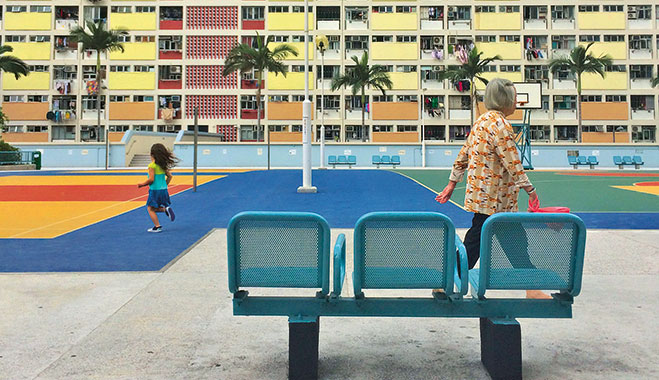 Highrise flats in China. Housing continues to be a contentious issue across the country, with millions expected to move to urban areas in the next decade
Infrastructure | Real Estate
Author: Tom Bailey

For many years, commentators have been predicting China’s supposed housing bubble is set to burst. Between 2003 and 2013, house prices there have risen 167 percent, while in key cities such as Beijing and Shanghai, prices have inflated by roughly 300 percent. Such a rapid appreciation in prices has led many to raise fears of China seeing a property bubble – and like all bubbles – it is ripe for bursting.

This has been going on for over a decade. “China’s property bubble is about to burst”, predicted The Economist in 2008, while The New York Times was raising concerns over a bubble as far back as 2005. Yet none of this has happened.

China has seen since a general softening of its market in recent years, while at the same time real estate is still on the rise in coastal cities, including Shanghai and Guangzhou. Primarily second tier cities have faced some oversupply issues. Yet market distortions with ebbs and flows in prices do not make a bubble.

Public to private
Housing bubbles are – by definition – not easily identifiable, or else there would be no optimists inflating them. However, identifying whether or not China’s housing market is in the midst of a bubble is even harder, due to the young nature of China’s housing market. Whereas in other sectors identifying a bubble can be achieved by looking at historic data, this is not possible with China’s housing market. Until the end of the 1990s, China had no private housing market to speak of; homes were owned by the state (often via state-owned enterprises), and assigned to inhabitants. When it was decided to introduce private housing in Chinese cities, with no prior market pricing mechanism to determine value, housing stock was sold off at cut down prices.

What this means is that there is no historic data to work with: China had no housing market before the 2000s. What is the normal price range of China’s housing market? How far has it deviated from this? Neither question is answerable, as there has been no prior housing market to speak of since at least before the founding of the People’s Republic in 1949. At the same time, the youthfulness of the market, and how it was reintroduced, also means predictions of a bubble may be premature.

As the housing stock that was sold in the late 1990s – along with the introduction of the property market – would have been sold off at slashed down prices, a huge surge in their price is to be expected. Less a market run wild, the price appreciation may actually be the market correcting wildly low state-dictated prices.

Of course, this correction can only happen for so long. However, it seems unlikely China is looking at a property bubble burst any time soon. Firstly, buyers are required to put down at least 20 percent on property, by law.

State maintained
At the same time, China still expects to see the urbanisation of hundreds of millions of people within the next few years, while Chinese incomes are also still rising, which will lead to many pre-existing homeowners to upscale in coming years.

This has already partially been the case. Fears of the property market overheating in 2010 led to the government stepping in and adding restrictions to residential property sales in Beijing, for instance. The ability of the state to intervene in the housing market – to either ramp it up or slow it down – is still vast.

Local governments that own land can restrict or release supply, while state-owned banks decide who gets access to loans. Whether or not China has a housing bubble is hard to determine, yet certain factors seem to make that unlikely. Were the market deemed to be overheating, the state would have ample room, ability and desire to step in.