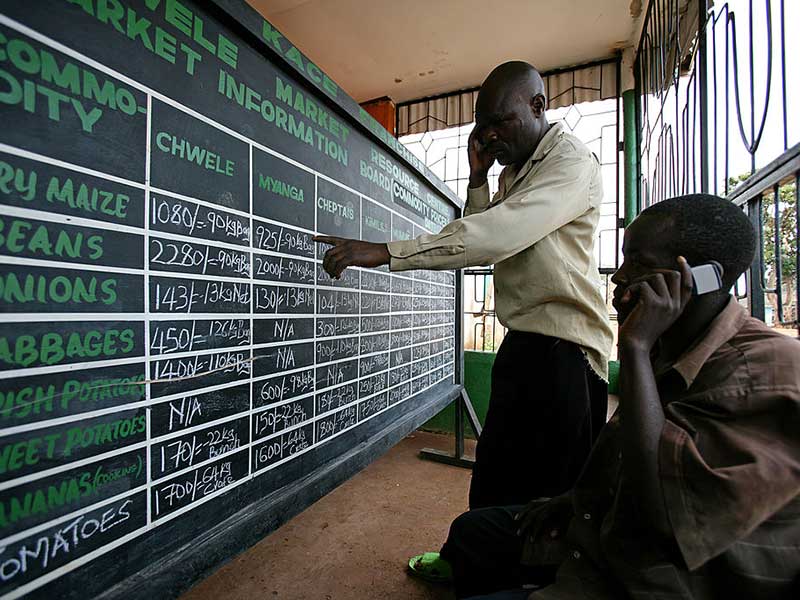 On May 9, the IMF published its latest regional economic outlook for sub-Saharan Africa, predicting a modest economic recovery in the region. Growth is expected to reach 2.6 percent in 2017, a slight upturn from the 1.4 percent posted in 2016 – the slowest year for growth in the region in 20 years. The projected recovery confirms a rupture with past trends, with expectations falling well short of the growth figures seen before the global commodity slump.

The report also underscored the multi-speed nature of the region’s economic momentum. While some countries like Senegal and Kenya are still growing strongly – posting growth rates of over six percent – growth has slowed in two-thirds of the region. At the fastest end of this multi-speed growth is Ethiopia, which is forecast to grow 7.5 percent this year. Yet, despite some countries speeding ahead, the report suggested “underlying regional momentum” is weak.

While a slight uptick in commodity prices is likely to provide some relief, many countries in sub-Saharan Africa are being held back by heavy debt burdens

The region has suffered a serious commodity price shock in recent years, with many nations relying on commodity incomes to support the balance of payments and public finances. While a slight uptick in commodity prices is likely to provide some relief, many countries are being held back by heavy debt burdens. Such debt loads are clouding the potential for recovery, creating uncertainty and holding back investment. The report also judged recovery was being held back by “insufficient policy adjustment”.

According to Abebe Aemro Selassie, Director of the IMF’s African Department: “Adjustment in resource-intensive countries has been delayed. In particular, oil exporters such as Angola, Nigeria and the countries of the Central African Economic and Monetary Union are still struggling to deal with the budgetary revenue losses and balance of payments pressures, some three years after the fall in oil prices.”

From a longer-term perspective, a broader analysis in the report found growth spells in the continent typically concluded with a “hard landing” similar to the current scenario, and the IMF emphasised the need for strong macroeconomic policies to protect against such slumps in the future.