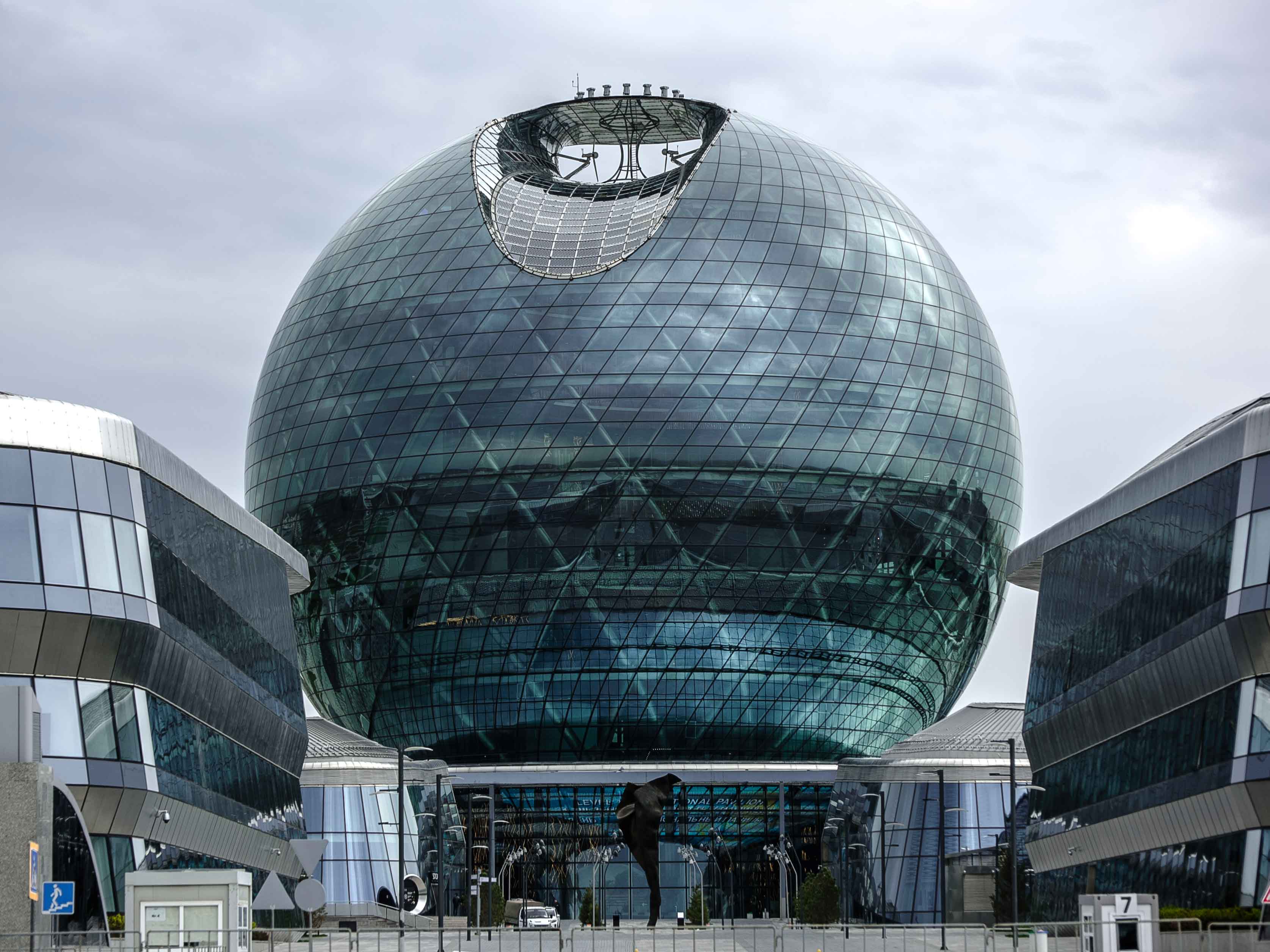 The Nur Alem Pavilion in Nur-Sultan, Kazakhstan, was the main venue for the 2019 Astana Finance Days convention. Around 300 business and finance experts took part in the conference
Featured | Markets
Author: Barclay Ballard

The Astana Finance Days (AFD) conference, held in Nur-Sultan, the capital of Kazakhstan, came to a close on July 4, with the city reaffirming its aim of becoming one of the world’s foremost financial centres. Approximately 300 experts from the worlds of business and finance took part in the event, which covered topics such as infrastructural development, fintech and Islamic finance.

The conference was the second of its kind to take place in the city, which changed its name from Astana earlier this year. While the inaugural event in 2018 looked at the establishment of the Astana International Financial Centre (AIFC), the talks held from July 1 to July 4, 2019 have focused on ways to build the centre’s standing among the international business and investment community.

The building blocks for further development are certainly there, with Kazakhstan’s location at the junction of Europe and Asia a powerful advantage, but it will have to overcome stern competition

Among a number of noteworthy announcements, Kazakhstani President Kassym-Jomart Tokayev formally opened the premises of the AIFC Court and International Arbitration Centre (IAC). It is hoped that the two legal bodies, both of which operate on English common law rather than Kazakh civil law, will give investors greater confidence in the country’s regulatory environment.

Christopher Campbell-Holt, Registrar and CEO of the AIFC Court, told assembled journalists that the common law system would bring greater credibility to the investment climate and provide assurances to business operators should any potential disputes arise.

“Our team has been trained in London with some of the best arbitrators and judges from the English common law system,” Campbell-Holt explained. “So we have some of the very best staff we could find and we’re training them up to mould them into the common law way of thinking for the AIFC Court and [IAC]. We’re not trying to compete with every country in the world: we want to be the number one choice for dispute resolution in Eurasia.”

Also discussed during the AFD was the continuing growth of the Astana International Exchange, the government’s privatisation plans and how China’s Belt and Road Initiative is likely to impact the region. Perhaps the most commonly mentioned topic, however, was Nur-Sultan’s potential as an international financial centre. Its growth has certainly been impressive – in March, the AIFC was ranked 51st in the Global Financial Centres Index – but such a rapid rise should perhaps have been expected given that the city began its journey from such a low starting point.

The building blocks for further development are certainly there, with Kazakhstan’s location at the junction of Europe and Asia a powerful advantage, but it will have to overcome stern competition. It will certainly take time for Nur-Sultan to catch up with the likes of London, New York and other long-established finance hubs, regardless of how much progress has been made so far.