After the most tumultuous year that Big Oil has endured in decades, the industry is rapidly trying to reshape itself for a new era in energy as the world accelerates the transition away from fossil fuels 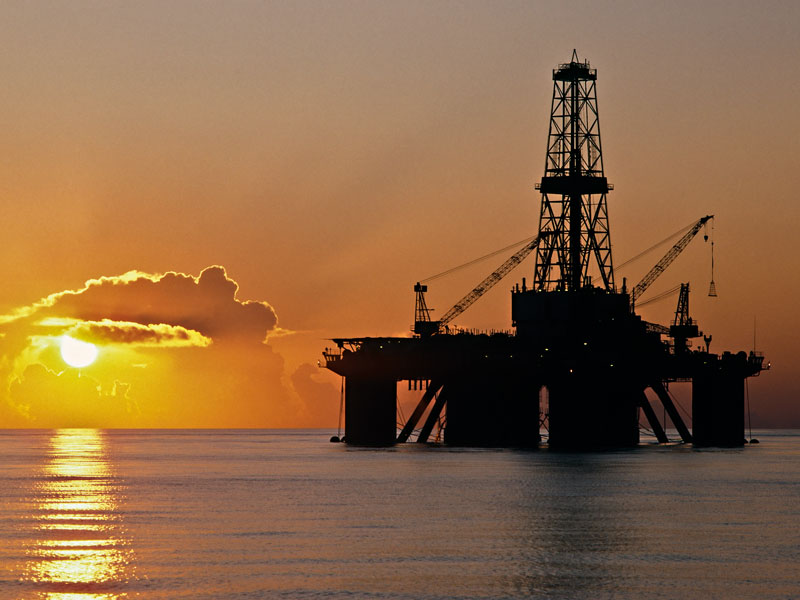 In a period that has seen record lows and highs for gas, negative oil prices, more wells being abandoned than ever before, and drilling programmes slashed, the general consensus is that Big Oil is in trouble. Also, the industry faces pressure on all sides as the momentum turns against fossil fuels because of the looming threat of global warming. “If the world acts decisively, the scale of change will revolutionise the energy industry,” predicts international consultancy Wood Mackenzie in a landmark study released in April 2021 that foresees an “upending of oil and gas markets” as demand for oil shrinks and prices progressively collapse. As fossil fuels lose dominance in the energy mix, the oil giants are expected to lose their long-held power. “The steep fall in demand will prevent these key oil producers from managing the market and supporting prices in the way they do today,” Wood Mackenzie forecasts. “Only the lowest-cost producers such as the Middle East members of OPEC will remain core providers of oil.”

Preparing for a revolution
In this scenario Big Oil has 30 years – at the most – to prepare for this new era. That is the broad consensus of the latest reports into an industry that has kept the lights on for the best part of a century and powered nearly all of the world’s transportation. Demand for oil is expected to begin a long decline as soon as 2023, according to some forecasts. By 2030, the price per barrel could fall from today’s $60–70 on the Brent index to an average of $40 by 2030 and as low as $10 by 2050.

The vast refining industry is certain to suffer. “The scenario is grim for the downstream sector,” predicts Wood Mackenzie’s vice-president of refining and chemicals, Alan Gelder, who expects that all but the most efficient refineries will be shuttered. “The refining sector will have withered to a third of its current capacity,” he says. The challenge is how to slash fossil fuel-triggered emissions without running out of energy before renewables can take up the slack.

According to the Environmental Protection Agency in the US, the level of greenhouse gas emissions (GHG) in America, one of the world’s biggest users of energy per capita, fell by 1.7 percent between 2018 and 2019. And since 2005 they have plummeted by nearly 11.6 percent, largely because of increased use of ‘greener’ natural gas. “This is noteworthy progress and supports the larger point that natural gas is critically important in addressing the risks of climate change,” approved the EPA in early 2021.

Turning a blind eye
But is Big Oil ready for the revolution? Not according to Wood Mackenzie, which says “no oil company is prepared for the scale of change envisioned.” In the consultant’s scenario, “all companies face a decline with asset impairments and bankruptcy or restructuring on a scale far greater than that of 2020.”

Also, many countries have their heads in the sand, especially in Latin America, Africa, the Middle East and Asia, where entire nations rely on revenues from fossil fuels. According to a joint analysis by the OECD and International Energy Agency (IEA), in 2019 governments pumped over half a trillion dollars into subsidising the fossil-fuel industry. “The data show a 38 percent rise in direct and indirect support for the production of fossil fuels across 44 advanced and emerging economies,” the study noted. The findings provoked a scolding from OECD secretary-general Ángel Gurría, who criticised “an inefficient use of public money that serves to worsen greenhouse emissions and air pollution.”

However, some oil giants have seen the light. “After 112 years, we are pivoting from being an international oil company to an integrated energy company,” explained BP chief executive Bernard Looney in April. “We plan to be very different by 2030, reducing our oil and gas production by 40 percent and raising our low carbon investment 10-fold.”

Demand for oil is expected to begin a long decline as soon as 2023, according to some forecasts

Royal Dutch Shell has also recognised the dangers. In mid-April, chief executive Ben van Beurden took the unprecedented step of asking shareholders to approve a strategy that has set a target of net-zero emissions by 2050, in line with the Paris Accord. “We are asking our shareholders to vote for an energy transition strategy that is designed to bring our energy products, our services, and our investments in line with the goals of the Paris Agreement and the global drive to combat climate change.”

In concrete terms, Shell will embrace biofuels, electric charging stations, hydrogen and other renewable forms of power as well as the coming technology of carbon capture and storage (CCS). In the interim period though, Shell has no intention of axing its vast oil and gas operations which are fundamental to the current energy mix. “Ending our activities in oil and gas too early when they are vital to meeting today’s energy demands would not help our customers or our shareholders,” the chief executive warned in a 32-page explanation of the energy transition.

The switch to green
During the transition period to a mainly renewably powered future, low cost ‘green’ gas will become king as it steadily replaces coal and oil. According to the IEA, liquefied natural gas (LNG) will play an essential role in lowering global CO2 emissions. “In the generation of electricity, gas emits 50 percent less CO2 than coal,” points out US source RealClear Energy.

Meanwhile, the Biden administration has set America on an unstoppable course of clean energy, completely reversing the previous president’s policy of supporting Big Oil. Until Democrats took control of the White House, the trade body, American Petroleum Institute (API), was an unabashed supporter of Trump and fossil fuels in general, to the point of deriding renewables. The French giant Total, which has also set itself on a renewables course, resigned in disgust from the institute in January, while BP and Shell among others say the only reason they haven’t quit is because they believe they can reform it from within.

Lately though, the API may be acquiring religion. In March 2021, the institute issued a blueprint for the future that cited the importance of “tackling the climate challenge.” And president Mike Sommers, who spent much of 2020 praising president Trump’s anti-renewables policy, now sees Big Oil taking a lead in developing the technology necessary to achieve the great transition. “There’s nobody better equipped to drive further progress than the people who solve some of the world’s toughest energy problems every day,” he said.

Part of the solution
The API’s new tune could be put down to mounting evidence of climate change in the US. According to the US Drought Monitor, cited by Energy Bulletin, 2020 was the worst year for droughts in more than 20 years, with vast areas seeing little or no rain.

Big Oil could also play an important role in the transition. Blessed with much deeper pockets than most of the renewables companies, the industry has the financial firepower to change direction. Some of the oil giants are already leaders in the important but extremely costly technology of carbon capture that essentially traps the carbon dioxide that is produced by burning fossil fuels and isolates it from the atmosphere before, in some instances, reusing it. The US alone boasts 12 commercial-scale facilities that collectively handle about 25 million metric tonnes of CO2 a year. In a highly volatile industry where abrupt fluctuations in fortunes mask long-term trends (see Fig 1), the tea leaves can be hard to read. In early April for instance, the price of a barrel of oil hit $66.09, up a promising 30 percent since the start of 2021. Yet most experts predict a steady retreat over the long-term. And herein lies an opportunity, according to the IEA’s executive director Dr. Fatih Birol. “Today’s low fossil fuel prices offer countries a golden opportunity to phase out consumption subsidies,” he said.

But will they take the opportunity? In its latest meeting, energy cartel OPEC shocked markets by tightening the taps to keep oil scarce and push up prices. As a result, in what may be one of the last flurries for oil, the Brent price approached $70 and some analysts forecast it could hit $100 or higher in 2022.

On one issue though, nobody is divided. Namely, demand for oil and especially gas will increase for a few years yet. “Fossil fuels are still seen as growing at least through the 2030s, even as renewables usage rises in popularity and affordability,” predicts Energy Bulletin published by America’s Post-Carbon Institute.

But the next 10–30 years will see the end of Big Oil as we know it, according to most forecasters. Citing an unlimited supply of sun, wind and water, they say that over the long term renewable energy will usher in an era of cheap electricity with the use of infinite and low-cost resources.

Backing up that claim, numerous research institutions such as America’s National Renewable Energy Laboratory, Bloomberg New Energy Finance and International Energy Agency are in no doubt that the capital costs of solar and wind will continue to decline well into the future. The writing really is on the wall.