Currency volatility, rising inflation and geopolitical tensions are some of the clouds gathering over the Turkish economy. Evren Lucas asks if the country can weather the storm 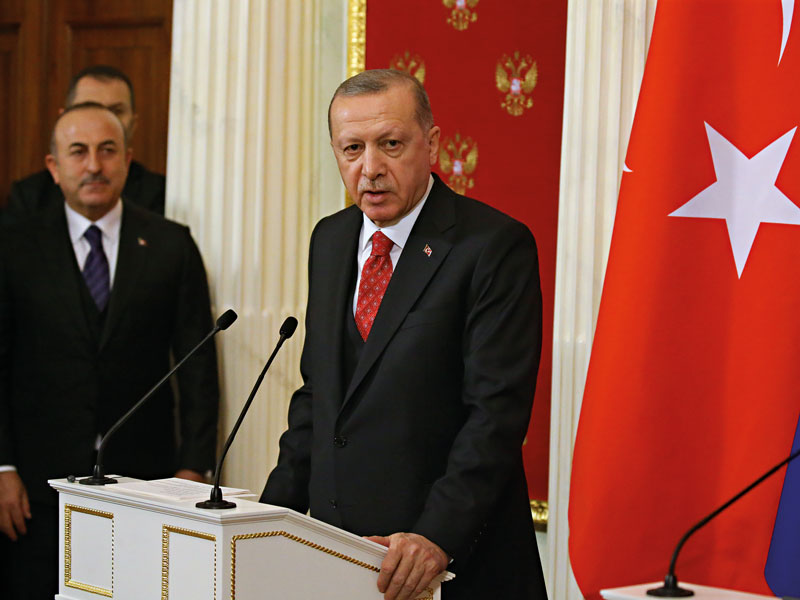 When Naci Ağbal, head of the Turkish central bank, hiked interest rates on March 18, markets responded with kindness. The value of the Turkish lira shot up by four percent. Within just four months in office, Ağbal managed to put out the fires surrounding the fragile Turkish economy. During his tenure, the lira rallied 24 percent from its lowest point this year. It was an unexpected triumph, but it did little to satisfy his boss, the President of Turkey, Recep Tayyip Erdoğan.

True to form, Erdoğan dismissed Ağbal with a terse announcement on the evening of March 19. According to the Turkish press, the decision found Ağbal working late in his office on a Friday evening that would be his last at the helm of the bank.

Another one bites the dust
For those closely following Turkish affairs, the decision was anything but surprising. “After the appointment of Ağbal as central bank governor, we put out a comment that even though he had a sterling reputation, one shouldn’t get overoptimistic about what could occur under him because, at the end of the day, his supervisor remained President Erdoğan,” says Dennis Shen, an analyst at Scope Ratings, a credit rating agency. Erdoğan’s preference for low interest rates has befuddled economists in and out of Turkey, and Ağbal’s decision to increase the rate allegedly played a role in his premature departure. However, the Turkish President’s motives, Shen says, are more political rather than economic in nature: “In his view, low interest rates support economic growth, and he’s down in the polls, so he’s liable to lose the election in 2023 or before. He feels that he needs higher growth through low rates to improve his likelihood of staying in power.”

Ağbal’s successor, Şahap Kavcıoğlu, is a former lawmaker for the ruling AKP party. Although he has pledged to keep monetary policy tight, he has previously embraced the unorthodox view of President Erdoğan that high interest rates cause inflation. But his economic beliefs do not matter as much as his willingness to go along with his boss, says Shen: “If he does not cut interest rates at the rate the president wants, he’s liable to be dismissed. Erdoğan appears to be getting impatient with his central bank governors faster these days.” The result, according to Ibrahim Turhan, former chairman of Istanbul Stock Exchange (currently part of Borsa Istanbul, the country’s main exchange), is that global markets are losing patience with Turkey’s institutions. “Central Bank independence is a very valuable political asset, which diminishes the cost of monetary policy. The groundless obsession of the government with the central bank and interest rates has had a high cost to the Turkish economy.” Let the debt pile on
At first glance, Turkey’s fundamentals look bright. The country’s public debt stood close to 40 percent in 2020 (see Fig 1), a relatively low rate among G20 economies that allowed debt to grow precipitously during the pandemic, while growth hit 1.8 percent, a rare success story among OECD countries. Exports have also rebounded in 2021, despite disrupted global supply chains and paused tourism.

However, the vultures flying over the Turkish economy set their sights on a very different target: the country’s fragile banking sector. Although Turkish banks are well capitalised, they rely on short-term loans from the global syndicated loan market to stay afloat. So far, they have been able to kick the can down the road due to an idiosyncrasy of the Turkish financial system: unusually high dollar deposits, held by corporations and ordinary citizens who convert their savings into dollars to hedge against lira volatility. Turkey’s diaspora in Europe also chips in, lured by high interest rates. Whenever interest rates go up, as in Ağbal’s parting – and fateful – shot, the system gains time, says Edward Al-Hussainy, senior interest rate and currency analyst at Columbia Threadneedle Investments. More capital comes from overseas, reducing domestic credit growth and operating as a stabilising force that helps the lira stay strong.

However, government intervention may have broken this idiosyncratic but well-functioning system. Complying with Erdoğan’s desire to keep interest rates low, the central bank has dipped into the dollar reserves of commercial banks through forced ‘swap’ loans to support the lira. Between local elections held in 2019 and late 2020, the central bank and state-run banks are estimated to have spent reserves of around $128bn to prop up the currency. The controversial measure has caused a political earthquake, with the opposition turning the number into a symbol of the government’s financial mismanagement.

The policy has yet to bear fruit, with the lira edging towards a year low against the dollar in May. High inflation causes a vicious circle of growing demand for foreign currency that makes ‘de-dollarisation’ difficult without higher interest rates, according to Enver Erkan, Chief Economist at Tera Investment, an Istanbul-based private investment company. Inflation surpassed the 17 percent threshold in April, with a long-term target set at five percent by the central bank. Although Turkish banks do not face a liquidity crisis for the time being, Erkan says, an increase in Turkey’s credit default swap (CDS), which measures the level of sovereign default risk, may worsen their borrowing costs in the syndicate market. Lira depreciation is also making Turkish banks more vulnerable to the whims of the global markets, as their external debt liabilities up to mid-2022 are estimated at a staggering $89bn.

Some worry that trouble is just around the corner. “It’s a very fragile setup. At some point, someone will call the bluff and say the central bank is bankrupt and that the dollar deposits in the commercial banking system have been lent out and only exist on paper,” says Al-Hussainy. The end result, according to Al-Hussainy, will either be a bank run when local depositors find out that their dollars have been lent to the central bank, or an attack against the lira in the global markets that will lead to a currency crisis and possibly capital controls. “Both of those outcomes are pretty bad. It’s a system holding together, but only with duct tape and promises.”

For some analysts, capital controls are already there. “When foreign institutions are selling the lira, regulations are put into place to try to slow the selling down. That’s a form of capital controls,” says Shen. But many worry that the Turkish central bank is running out of options. “The central bank has borrowed more than the deposit base in the banking system. So functionally, the central bank of Turkey is bankrupt. The net asset position is negative in dollars,” says Al-Hussainy, adding: “You can print Turkish lira, but you cannot print dollars to solve that problem. The only way to solve that problem is by reducing the current account deficit. And the way you do that is by raising interest rates.”

Halkbank in the middle of the storm
Ironically, Turkey’s economic future may be decided on the other side of the Atlantic. The country’s relationship with the US has been strained recently over a series of issues, from Turkey’s military involvement in Syria and Libya to its purchase of Russian S-400 missiles – an anathema to its NATO allies – and the recognition of the Armenian genocide by President Biden last April.

Just as worrying is the forthcoming trial of Halkbank, a state-run Turkish bank currently investigated in the US over breaching sanctions against Iran. Although the bank has denied any wrongdoing, the trial, expected to begin later this year, casts a big shadow over the country’s fragile financial sector. Some think that a heavy penalty on the bank may be the final nail in the coffin of the Turkish economy, particularly if the government is forced to bail it out. However, the US authorities may be careful to avoid a crisis that may get out of control, says Al-Hussainy: “The US Treasury will be aware of the risk. The intent is not to isolate Halkbank from the rest of the global financial system and cause systemic financial crisis in Turkey.”

Crypto no more
As in other countries facing a combination of spiralling inflation, currency depreciation and capital controls, many Turks are turning to digital currencies. Last year, Turkey was the leading Middle Eastern market in terms of transaction volume in cryptocurrencies, according to a report by Chainalysis, a blockchain analysis company. Two of the country’s largest cryptocurrency exchanges collapsed this spring, leaving investors in limbo. The trend has worried the country’s regulators, who banned the use of cryptocurrencies as a means of payment last April, citing concerns over volatility and fraud. Although the share of deposits converted to digital currencies remains small, many believe that the real reason for the crackdown is that Bitcoin and other cryptocurrencies, despite their own volatility, are used as a hedge against lira depreciation and rising inflation.

The government hopes that a bumper tourist season, rising exports and the rebound of the global economy will help Turkey weather the storm through a stronger lira. But for sceptics, such hopes may be at odds with reality. “Locals lose confidence in a currency, either because of the expectation that a currency will depreciate or because they think that the official value of the currency is artificial,” says Shen, adding: “In Turkey, we are not completely at that stage yet, because Erdoğan’s own reforms post-2003 included championing a flexible exchange rate.

But the lira is becoming less flexible, and the locals are beginning to lose confidence in the value of the currency because of government interference.” Some think that the roots of Turkey’s economic woes may lie in politics, rather than economics. “Compared to peer countries and given the country’s track record, Turkish assets are extremely undervalued and underweighted in investor portfolios. The main problem of the Turkish economy is governance,” says Turhan. “Should Turkey fix this problem, economic challenges could be easily settled.”