Wealthier countries are buying their way to a fully vaccinated population while others fall behind. Developing countries desperately need support if we are to bring an end to the global pandemic for everyone 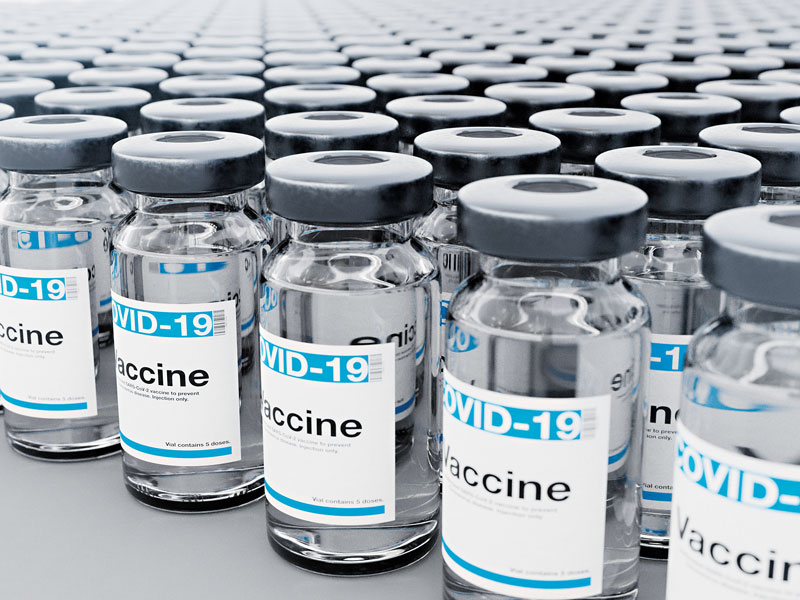 Over a year ago, a vaccine for COVID-19 would have been unthinkable, with many vaccinations taking 10 years to develop. However, in Spring 2021, many wealthy countries’ populations have already had one dose of the vaccine; as of mid-May almost half of the US population (47.6 percent) have had the first dose, and therefore as a country they are well on their way to immunisation.

However, the majority of people who have been offered a vaccine so far are from wealthier countries, due to their governments having the finances to purchase it (see Fig 1). Canada has been found to have the biggest per capita hoard of the eight vaccines currently available, with enough vaccinations for five complete immunisations per citizen (Canada has a population of 38,020,682 as of May 2021). This statistic was found by the People’s Vaccine Alliance, a coalition of organisations campaigning for a ‘people’s vaccine’ for COVID-19.

America and the UK are not too far behind Canada, with four vaccinations and three vaccinations per citizen, respectively. Covax, co-led by Gavi, the Coalition for Epidemic Preparedness Innovations (CEPI), and the World Health Organisation (WHO), was set up with the aim of achieving global access to the COVID-19 vaccine, and this organisation has consequently been at the forefront of encouraging the need to vaccinate everyone, arguing it is for the benefit of all of us.

At a COVID-19 press conference in May, the Director-General of the WHO, Dr Tedros Adhanom Ghebreyesus, told the media that “at present, only 0.3 percent of the vaccine supply is going to low-income countries.” This has been particularly concerning in recent months when witnessing what has been happening in India, to which the WHO has shipped thousands of oxygen concentrators.

However, unfortunately it is not just India in this dire situation; Nepal, Sri Lanka, Vietnam, Cambodia, Thailand and Egypt are also some of the countries that are dealing with spikes in cases and hospitalisations.

It is important to note not all developing countries need the same support from Covax; in Latin America, billionaire Carlos Slim has funded a deal for 150 million doses of the AstraZeneca vaccine.

However, not all countries are as lucky to have this financial backing. In countries such as Nigeria, the officials are battling with both a shortage of supplies, as well as vaccine sceptics, and therefore at present less than one percent of people have had a dose. Currently, 67 countries have made no purchases of the vaccine themselves, and so are wholly reliant on the Covax programme. Pledges made
Fortunately, many vaccination companies are already recognising the need to support lower-income countries, and are taking a positive stance on this. One of these is the AstraZeneca Vaccine, developed by the University of Oxford, who have pledged to distribute 64 percent of their vaccines to developing nations. However, according to the People’s Vaccine Alliance, this distribution will at best only reach 18 percent of the world’s population next year, in 2022. The alliance is therefore calling on vaccine makers to share their intellectual property with the WHO’s COVID-19 technology access pool, although in practice, this is difficult and complicated to enforce.

This makes it all the more important for countries and vaccine organisations alike to be reminded of the costs that will come from international linkages that will remain uncoupled while all countries are not vaccinated. Anna Marriott, Oxfam’s Health Policy Manager, told World Finance on behalf of the People’s Vaccine Alliance, that “While vaccine programmes are being rolled out in many countries, there simply aren’t enough for the global population.

The WHO has said we need to vaccinate at least 70 percent of the world to manage coronavirus properly. Yet at the rate we are going, some are predicting this won’t be achieved for five years or more.”

The current slow speed of delivery for vaccine programmes being rolled out globally shows why it is important that richer countries support countries who are less able to get their hands on as many vaccines. Anna expanded on the current difficulties that the People’s Vaccine Alliance are facing at present in their pursuit for availability of vaccines for all, explaining that: “The science, technology and know-how behind the vaccines is protected by patents and intellectual property rules and this allows pharmaceutical companies to block other qualified manufacturers around the world from making the vaccines. All power rests in the hands of the pharmaceutical corporations to make secret deals to the highest bidder, and this means rich countries have been able to buy more than they need, leaving less for others.”

Affordability of the vaccines is a major challenge, and the one that is predominantly standing in the way of lower-income countries

Therefore, it is in the interest of all countries for global society to recover as quickly as possible from the pandemic, with the vaccine currently looking like the sole way of preventing the pandemic from continuing indefinitely. Recent estimates suggest that if disruptions to the vaccination reaching the developing world continue, this could cost up to $9trn to the global economy, with developed countries holding the majority of the responsibility for footing the bill.

Cem Çakmaklı, professor and co-author of the paper The Economic Case for Global Vaccinations: An Epidemiological Model with International Production Networks, highlights this need to work together globally. Çakmaklı told World Finance that “the message of our paper is very simple, yet eye-opening: no one is safe until everyone is safe, and no economy is an island. No country can fully recover until all are recovered, that is, until we have global equitable access to vaccines.”

Affordability of the vaccines is a major challenge, and the one that is predominantly standing in the way of lower-income countries. However, other issues such as the availability of the vaccines is also prevalent, as well as the practicalities of how the different vaccines need to be stored. Licensed vaccines alone are not enough to achieve global immunity and ensure economic stability; they must be priced affordably and produced mass scale. It is crucial to consider how the vaccine is manufactured, and how it needs to be stored. For example, on paper, the AstraZeneca vaccine looks best suited to lower-income countries, due to it being both less expensive, and requiring storage at fridge temperature, between two to eight degrees Celsius. In contrast, the Pfizer vaccine needs to be stored at minus 70 degrees Celsius.

Johnson & Johnson, which is currently in the testing process, is also looking like a promising contender for these countries. Similarly to AstraZeneca, it only needs to be stored at a refrigerated temperature. The J&J vaccine also has the edge because it will be administered via a single dose, and it is promising that the company have pledged up to 500 million shots of this vaccine to low-income countries, making it more accessible. However, due to manufacturing limits on all of the vaccination programmes, it could take up until 2024 for many low-income countries to obtain enough vaccines for them to be able to fully immunise their populations.

Vaccine production faces many ongoing issues, not least because it is new technology, and therefore a lot of the process involves having to start from scratch, and tackling new challenges as and when they arise. It is ultimately highly encouraging that so many companies are already looking into ways around these production issues, in order to get vaccines developed as quickly as possible.

Looking to the future
Going forward, we must remain flexible, and open to changes in the vaccine programme, because while we are still not at the end of the pandemic, we do not currently know if the vaccination will be required every year. In addition, with the rise of new variants, there is still uncertainty over how effective the different vaccines will be against these as they emerge. It is also well worth appreciating that without all countries being vaccinated, global travel will not be fully possible or safe.

Permission for the tourism industry to operate at full swing again will in turn significantly aid many economies in their recovery, post pandemic. It is crucial that we all continue to work together globally to deliver the different vaccination programmes to the countries most in need, to ensure that global immunity is achieved universally, and the recovery of the global economy can begin.