The fight for workplace equality and inclusion

The gulf between men and women when it comes to finance is slowly closing, but there is still plenty of work to be done according to the United Nations Capital Development Fund. Kiara Taylor explains how a new generation must continue to address and promote issues surrounding financial inclusion 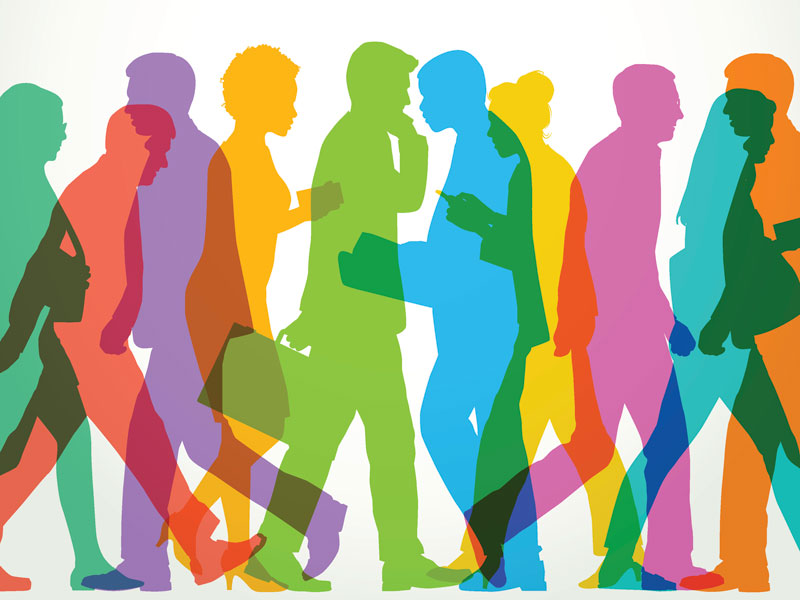 Sometimes, it can feel like the aims of the contemporary feminist movement are unduly focused in the cultural realm. While it is undoubtedly important for women to point out where other women are being unfairly depicted in movies, and where newspaper columnists are still furthering outdated stereotypes, there are also a number of more direct steps that can be taken to provide women with financial security, safety and justice.

That appears to be the current view of the UN Capital Development Fund (UNCDF), at least, which on International Women’s Day took the opportunity to outline their approach to promoting financial inclusion and equality for women around the world. The panel discussion that followed their statement was both lively and informative and revealed much about the international agency’s approach to financial inclusion. With a new generation of leaders emerging, what do these different approaches to promoting financial inclusion mean for the future of the feminist movement?

Support network
If the UNCDF’s approach to financial empowerment can be summed up in one word, it would be agency. Instead of providing women around the world with direct support, the organisation is largely focused on encouraging governments and corporations, providing them with the tools they need to help themselves. Their work, in other words, is always mediated by national and economic factors.

In some ways, this approach could be criticised for being too indirect. However, as an autonomous organisation with limited ability to make or enforce rules or economic mechanisms, it is somewhat inevitable that even the emerging generation of UN leaders see their mission in this way. And in fact, taking this indirect approach could be more beneficial in the long term.

Or, at least, that is the view of recent reports on promoting financial equality. According to a recent Women and Money report: “Money is the domain of men. Society doesn’t view it as a woman’s role to earn money, or her right to make financial decisions.” This anecdotal claim is also supported by hard numbers. Statistics from the United Nations show that there is a serious digital gap between men and women. For example, women are 35 percent less likely to have access to online services and 12 percent less likely to own a phone than men.

According to the UNCDF, this divide is largely the result of ‘gatekeepers’ barring women from free and equitable access to economic resources. They point out that there are 115 countries where the laws currently do not allow a woman to run her business in the same manner as a man can run his. Equally as concerning, the same report found that there are over 167 nations that have at least one regulation or law that severely restricts economic opportunity for women as well. Further, in many cultures, fathers, brothers, or husbands control finances on behalf of women. In this context, it’s becoming increasingly apparent that gender blindness is not a measure of workplace equality. Rather, instead of treating men and women as though they have the same level of economic agency, we need to actively support women who have been barred from it. Promoting awareness
Granting increased financial and economic agency to women around the world will require a number of distinct strategies. One of these – and one of the most important for the team at the UNCDF – is simply pointing out that there is a problem (see Fig 1). That might sound obvious, but in many places around the world it can be difficult to challenge entrenched gender stereotypes, even for powerful international organisations like the UNCDF. Often it must work through indirect means in order to avoid directly challenging an entrenched – and often predominantly male – hierarchy.

As such, the organisations’ primary mechanism of action for much of the past decade has been to launch educational programmes for women in developing nations. One of the most recent of these, called the ‘Sprint4Women’ competition, allowed different digital finance providers to test out their business models in the field.

These models were then pitched to judges for formal review. Though the outcome of such programmes seems tiny in comparison to the scale of the problem – at first glance, little more than the launch of a new fintech brand – the UNCDF hopes that it will have knock-on effects on the role and power of women around the world. Indeed, they say, one of the reasons why countries have had such varying success in empowering women to take control of their own finances has been because some have overlooked the inherent link between education and empowerment.

Safety and security
Alongside the kind of educational programmes the organisation has been convening for more than a decade, the UNCDF is also keen to recognise the value and potential of technology when it comes to promoting financial inclusion for women. The rise of app-based banking and finance might lead to a huge shift in the way that women access and manage their financial lives. If, as the UNCDF points out, many women are barred from greater financial freedom by male gatekeepers, it might be possible for them to circumvent these obstacles by using contemporary technologies to directly access financial support.

There are risks involved with this approach, however. Though banks are shaking up the status quo when it comes to accessing finances, they are still reliant on a fairly outdated model of security. Financial fraud is still a huge problem around the world, and women are more likely to be victims of it than their male counterparts. Arguably tighter security measures are needed for comprehensive money management via smartphone apps. Instead, it may be preferable to allow women in developing countries to contribute to the development of financial mechanisms and technologies.

Only by including women at the macro-economic level are we likely to be able to make a real change in their lives. While such a focus runs counter, in some ways, to the UNCDF’s focus on empowering individual women, it may eventually be unavoidable if we are to realise actual change.

The bottom line
Ultimately, the focus on the emerging generation of UNCDF leaders is actually quite a ‘retro’ one. For much of the past 50 years and with the historical impact of the cold war, organisations like the UNCDF have been somewhat trapped by the ideological requirements of their backers. In the 1960s, for instance, it was difficult to point out the direct link between economic and cultural empowerment, because such an argument also lies at the heart of Marxist thought.

Now, it seems that a new generation has more freedom to express their views, and is less tied to the politics that inform them. They are able to simultaneously recognise the importance of corporate diversity and government-backed inclusion programmes. And this pragmatism might, in the end, be the most effective tool we have for empowering women around the world.