The multifarious benefits of a diverse boardroom

Bank of Cyprus is embracing diversity and reaping the rewards it brings. But while many companies now enforce diversity quotas, the typical boardroom is still dominated by older males 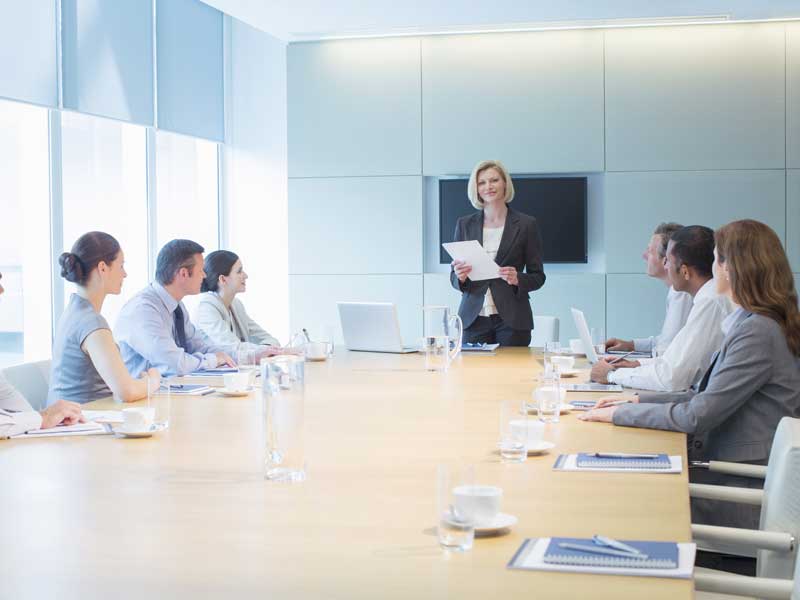 Many companies and organisations fail to fully embrace diversity, and simply fulfil quotas with little regard for the benefits different outlooks provide at board level
Corporate Governance | Strategy
Author: Eleftheria Koumouli, Senior Officer, Bank of Cyprus

In the modern business world, organisations have to constantly adapt in order to achieve sustainable growth. In recent decades, this adjustment has taken the form of recruitment, with institutions in both the public and private sectors seeking to diversify their workforces. And yet, while some companies preach the importance of diversity in the workplace, many fail to fully embrace it, simply fulfilling quotas with little regard for the benefits different perspectives provide at board level.

Diversity in the boardroom is not simply a game of numbers or ratios, but rather a way of making boards function more efficiently and effectively

Studies have shown that diversity, whether in the management team or the boardroom, adds value to an organisation. In fact, a Forbes report entitled Global Diversity and Inclusion: Fostering Innovation Through a Diverse Workforce identified diversity and inclusion as key drivers of internal innovation and business growth – something no company can hope to succeed without.

According to McKinsey & Company, companies with diverse executive boards also enjoy significantly higher earnings and returns on equity than those favouring a single demographic. Evidently, a diverse board is better positioned to understand its customer base and the business environment in which it operates.

Finding the skills balance
Most companies’ customers are not homogeneous – at least 50 percent are female and, in most cases, do not have similar backgrounds. It therefore makes little sense that those with the most power and influence in an organisation share exactly the same skill sets and experience as one another. Although gender is often the factor most associated with workplace diversity, it is important that organisations appreciate the backgrounds, experiences and perspectives of all staff members. Whether it relates to age, expertise, gender, experience or nationality, a boardroom willing to embrace different points of view will have a better chance of thinking creatively, fostering growth and meeting the business demands of the 21st century.

One of the key considerations often overlooked by organisations appointing new board members is the need to accommodate a variety of specialised skills, with listed companies regularly filling their management bodies with the most financially proficient individuals. Of course, it is important to have board members that understand financial statements and adequately monitor internal financial controls in the context of the appropriate sector. But given the increasingly digital environment most businesses operate in, having a technology expert on the board could be the decision that proves most strategically advantageous for a company in the long term.

Technological advancements, cybersecurity concerns and changing regulatory requirements have made tech literacy a prerequisite of any future success. As such, technology and information are assets that should be governed in a way that supports the organisation in setting and achieving its strategic objectives. In order to appropriately take charge of this responsibility, boards need to have a keen insight into the IT department, thereby further emphasising the necessity for specialised skills. Another way to enrich the skill set of a boardroom would be to have a specialist in human capital management present. Most organisations argue their workforce is their most valuable asset, yet very few boards have an individual with expertise in this area.

Rethinking the recruitment approach
Diversity in the boardroom should not be an empty slogan adopted to comply with regulations or best practices. It is not simply a game of numbers or ratios, but rather a way of making boards function more efficiently and effectively. A board’s oversight responsibilities include recognising and assessing significant opportunities and risks, counselling strategic decisions and assessing the performance of the CEO. In order to effectively manage these functions, a board must be comprised of individuals that are experienced, responsible and collaborative. Further, it must foster an environment in which opposing opinions are welcome, decisions can be challenged and trust is implicit.

As James Surowiecki, an American journalist and the author of The Wisdom of Crowds, said: “Diversity and independence are important because the best collective decisions are the product of disagreement and contest, not consensus or compromise.” Independent thought is necessary for engendering innovation, growth and, most importantly, good decision-making. The ability to effectively question and challenge management, therefore, should be considered as a leading principle of corporate governance.

Despite this, an Institute of Directors report entitled Diversity in the Boardroom found most board members were recruited on the back of a non-formal recommendation. In fact, a significant number of the respondents explained that they were directly approached by the board or a member of the board about the position, while 67 percent knew up to three or more of their fellow board members before joining. This proportion rose to 71 percent in the financial services sector. Worryingly, female respondents didn’t share the same experience.

Boards are often described as being ‘male, pale and stale’, so looking to those with different perspectives is a way of constantly challenging and critically reassessing the status quo. The European Confederation of Directors’ Associations recognises the involvement of independent non-executive directors on the board as a key step in the governance evolution of a company. Independent directors bring a balanced perspective to the boardroom by assessing matters in a more objective fashion. With this in mind, it is of great importance that the composition of a board is examined annually to determine whether homogeneity might lead to groupthink, which inevitably inhibits new and progressive ideas.

Deloitte’s 2014 Board Practices Report: Perspectives from the Boardroom found only marginal evidence of age diversity in boardrooms, with so-called ‘younger directors’ often aged well into their 50s. But younger executives are now making the move into the boardroom, much to the benefit of those employing them. While older directors provide a wealth of knowledge gained through experience, younger directors contribute a fresh perspective and a new set of skills fit for the modern world: an attribute that should not be underestimated.

Adapting to change
A board built on a handful of relationships has the inherent risk of insularity, with homogeneity often acting as a hindrance in an increasingly dynamic environment. Traditionally, boards have recruited from a handful of C-suite executives, but companies are now realising that it is the breadth of perspective, not the mere inclusion of diverse traits, that benefits the organisation. Looking to business unit heads, regional leaders, academics, entrepreneurs, government leaders and other executives can create a wider, more diverse pool, bringing interesting and insightful perspectives to the boardroom.

Unfortunately, opportunities are still limited in many organisations around the world. Findings suggest the majority of boards still lack a comprehensive process for making changes to the composition of the board. It appears the principal reason for recent or pending changes is the retirement or resignation of existing directors, rather than the result of any sort of review process. In order to avoid this kind of stagnation, organisations should ensure they introduce a robust diversity policy, one that caters to all aspects of diversity and allows appointments to be made on merit, not as a result of positive discrimination. That said, it may be necessary – at first, at least – to set a target for female and ethnic representation, as cronyism often blinds board members to the merits of those with different backgrounds or views. Once the benefits of diversity have manifested, however, appointments can be made on ability – and less emphasis can be placed on fulfilling quotas.

At Bank of Cyprus, we have embraced diversity and all the benefits that come with it. We make appointments based on merit and constantly aim to identify members of diverse backgrounds who can bring new skills to the board. Further, we aim to achieve 40 percent female representation by 2020. Our board members are a mix of ages and professions, with a fairly even balance of international and local members. We have also widened our pool of candidates through the use of recruitment agencies, ensuring we uphold the best governance practices and continue to identify the best talent in the future.

As a result, Bank of Cyprus is the only financial institution in Cyprus that fully complies with both the Code of Corporate Governance set out by the Cyprus Stock Exchange and the corresponding code set out by the Financial Reporting Council in the UK. A further 18 authorities from four separate jurisdictions (Cyprus, Ireland, the UK and the EU) also regulate the bank. Through this high level of commitment to best practices and corporate governance, Bank of Cyprus has continued to set industry standards at home and abroad.