How the Bank of Cyprus recovered from the economic crisis

Through a values-based remediation programme, the Bank of Cyprus has successfully overcome the 2013 Cypriot financial crisis to re-establish itself as a market leader in terms of both size and governance 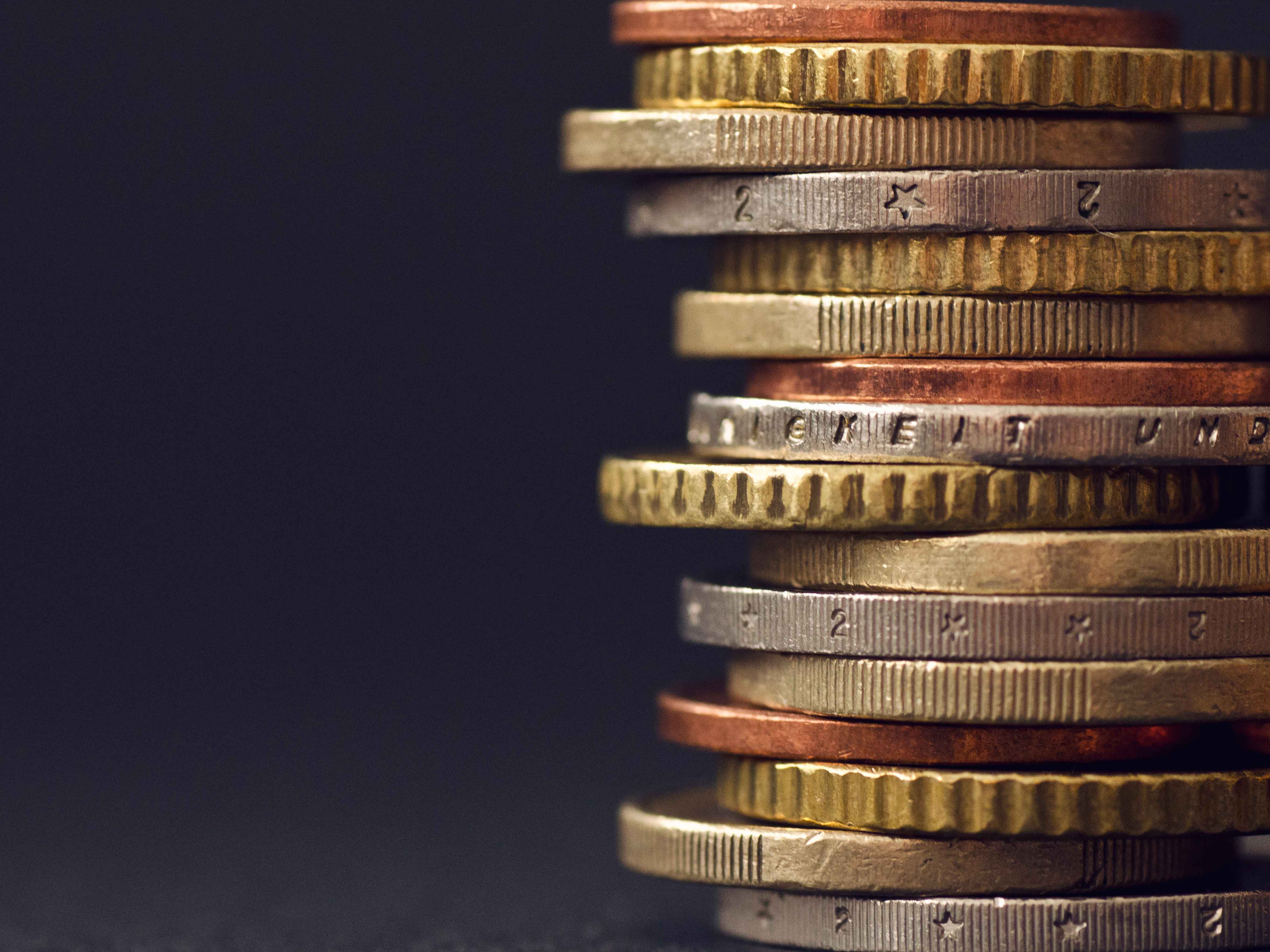 The Bank of Cyprus was badly affected by the financial crisis that hit the island in 2013, but has since regained customers’ trust by reforming its compliance framework
Corporate Governance | Featured | Strategy
Interview with: Marios Skandalis, Director of the Group Compliance Division, Bank of Cyprus

Just six years ago, the Bank of Cyprus looked to be on the brink of collapse. The Mediterranean island’s largest lender was badly affected by the economic crisis that hit Cyprus in 2013 and led to the collapse of several of its competitors. The island’s economy was eventually bailed out to the tune of €10bn ($11.14bn) by the European troika (the European Commission, the European Central Bank and the International Monetary Fund), which imposed a series of austerity measures in return.

As part of the programme, Cyprus’ second-largest bank, Cyprus Popular Bank, shut down, while the biggest, the Bank of Cyprus, was forced to seize deposits from savers in a bid to stay afloat – a move that drew strong criticism from Cypriots. Although it managed to avoid collapse itself, the crisis left the lender’s reputation in tatters.

How times have changed. Like a phoenix rising from the ashes, the Bank of Cyprus has not only succeeded in regaining its customers’ trust, but has also been able to repay the full €11.5bn ($12.81bn) emergency liquidity assistance it had inherited from the closure of Cyprus Popular Bank. In light of this extraordinary recovery, World Finance spoke to Marios Skandalis, Director of the Bank of Cyprus’ Group Compliance Division, to discuss how the bank’s comprehensive new compliance function has helped it regain its market-leading position.

Why, in your view, is compliance important for banks, both from a regulatory and customer perspective?
From a regulatory perspective, it is the function that provides pre-emptive assurances of the effective implementation of all relevant regulatory frameworks, thus adding value to the credibility of the organisation. From a customer perspective, an effective compliance function provides the relevant reliability, reassuring them that their affairs are dealt with in a professional manner by a credible institution and that any services received are of the highest possible standard.

Compliance is now the key function in any corporation that values the quality of its culture. It is also a reflection of the organisation’s outlook and a key concern for all stakeholders.

How has the Bank of Cyprus reformed and updated its compliance function?
The Bank of Cyprus is the undisputed trailblazer of Cyprus’ banking sector, and our approach to reforming, reshaping and remediating our compliance framework has only cemented our market-leading position. We have not followed the traditional approach like most institutions, many of which simply enhance their existing policy frameworks and promote this as an entirely new product. On the contrary, we have made sure to enhance the real effectiveness of our compliance programme and have combined it with an enhanced policy framework.

In this way, we have built a robust and fully independent compliance function and ensured that we have effective monitoring measures in place by utilising state-of-the-art financial crime monitoring systems. We have also built relevant awareness about compliance into all levels of the institution, and provided assurances to all internal stakeholders as to the robustness and effectiveness of our remediated compliance function through regular and ongoing anti-money-laundering visits to all branches. Above all, we have infused transparency and integrity into all forms of our operation, as well as into our communications with all stakeholders and regulators.

In terms of compliance, what marks the Bank of Cyprus out from its competitors?
As well as adhering to local laws and regulations, we have engaged in this spectacular transformation by adopting the best international standards and practices. We consciously elected to transform our culture rather than just our compliance framework – this is what marks us out from our competitors not only in Cyprus, but also in South-East Europe. We have adopted policy provisions from robust international frameworks, such as the USA Patriot Act, and have put in place restrictions only found in highly governed jurisdictions.

In promoting our new transparent outlook, we are the only institution in the region that has made our corporate governance framework and all of our compliance policies available to the public. We have also made the values that shaped our strategic direction publicly available.

What’s more, the Bank of Cyprus is the only institution in the country that has performed a gap analysis and has adopted all provisions of ISO 19600 (compliance) and ISO 37001 (anti-bribery). Today, we are the only institution in the region that is concurrently governed by three different corporate governance frameworks (the UK Corporate Governance Code, the Corporate Governance Code of the Cyprus Stock Exchange, and the Central Bank of Cyprus’ Governance Management Arrangements Directive) in four different European jurisdictions (Cyprus, Ireland, the UK and the EU).

What impact has this transformation had on the Bank of Cyprus’ reputation?
Banking is an industry based on trust and, as such, reputation and credibility are core objectives that should always be met. For this reason, the basis of our remediation since 2013 has been to re-establish our good reputation. The only way to achieve such an objective is to pursue a values-based strategy that aims for a cultural transformation. Culture is what reflects the reputation of any organisation.

What are Cypriots looking for when choosing a bank? What factors must they take into account?
Since the events of 2013, Cypriots’ preferences when choosing a bank to carry out their financial affairs have shifted. Prior to that time, almost all citizens selected the banks with the most aggressive investment strategies and highest returns.

After the harsh and unfair measures applied in 2013 – which included the bail-in of the Bank of Cyprus – Cypriots gradually realised that credibility adds more value to a financial institution than unsubstantiated and unreasonably high deposit and investment returns. We have learned the lessons of that difficult period and built transparency into every aspect of our business as part of our remediation strategy. This has allowed us to regain the trust of our stakeholders and re-establish our reputation by delivering on what we believe Cypriot customers now want from their bank.

Value of the European troika’s bailout agreement with Cyprus

To what extent has Cyprus’ economy recovered since the 2013 financial crisis? Is there still progress to be made?
Following the bailout by the European troika and the bail-in of the banking sector in 2013, Cyprus’ economy has proven once more its resilience in challenging conditions. In just three years, the country managed to take the necessary structural and fiscal measures to successfully exit the memorandum of understanding signed with the European troika. What’s more, the banking sector has significantly and effectively deleveraged itself, with debts now equating to the level of three times the country’s GDP, compared with around eight times in 2012. The one thing that remains to be rationalised is the level of non-performing exposures, although significant improvements have been recorded since 2013.

The short-to-medium-term strategy of the country’s economy needs to effectively address the following issues. First, significant structural and cultural reforms must take place in the government system (primarily within the judiciary) to make its governance more robust and its operation more efficient in the area of issuing title deeds. The country must also demonstrate a solid commitment to effectively combatting financial crime. Cyprus has to keep ahead of all regulatory developments in this area, with all relevant authorities needing to commit to the best international standards and practices if past perceptions are to be overcome.

The corporate governance of state-owned and semi-governmental organisations must improve significantly to enhance the credibility, as well as the quality, of the services offered by various governmental bodies. On a wider scale, beneficial exploitation of the hydrocarbon reserves must be safeguarded – both on a financial and political level – given the continual hostile, provocative and illegal actions of Turkey in the region. The government should also work to digitally transform the country’s economy, as this will provide Cyprus with a competitive advantage.

Finally, the infusion of business ethics at all levels of the corporate world is the only way to facilitate its necessary cultural transformation. All of these changes should be implemented as a matter of urgency to facilitate further recovery and ensure that an economic crisis, such as the one that took hold in 2013, does not come to pass once more.

How is the Bank of Cyprus preparing for any economic challenges the future may hold?
The Bank of Cyprus has always been, and will continue to be, a pioneer in South-East Europe, successfully addressing all of the challenges previously described. Our position today as the leading organisation in terms of model corporate governance is testament to the strength of our business and our robust economic position – no matter what the future holds.

Moreover, we are the only institution in the country that has actively engaged in a multimillion-dollar project to fully digitalise our operations, and we hope to continue to pave the way for other financial institutions to follow in our footsteps.