Turkey has experienced a gold rush over the past two decades thanks to its vast mineral deposits and low mining costs. But even as the government encourages foreign investors to enter the market, political turbulence is fuelling concerns over its long-term future 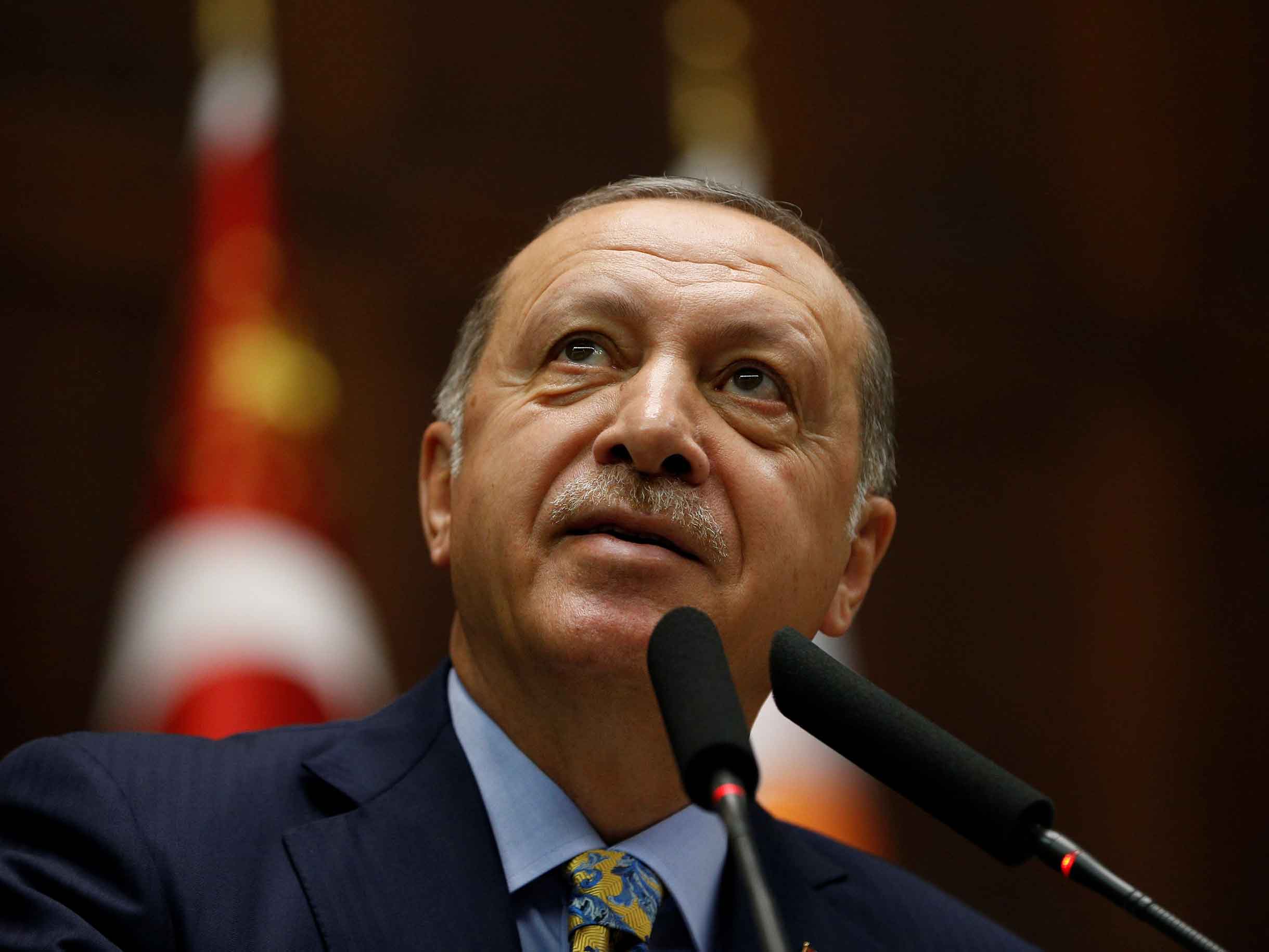 From Portugal to China, Eurasia is rich in minerals that are vital to modern life and prosperity. Straddling the two continents is Turkey, where industrial raw materials, rare earth minerals and precious metals can be found in abundance deep beneath the ground. The country sits on prime real estate – notably, an underexplored area of the Tethyan Metallogenic Belt that stretches from the Alps to beyond the Himalayas.

Over the past two decades, gold mining has become an increasingly significant industry for Turkey. Boosted by the privatisation of the sector, the government’s infrastructure push and the fact that operating costs in Turkey are among the lowest in the world, gold mining has thrived. In the past 19 years, 15 gold mines have sprung up and production has soared, making the country Europe’s leading producer of the precious metal. But while Turkey’s gold mining boom is still in its infancy, concerns over political stability and tough regulatory processes have dampened growth, raising questions about the industry’s long-term future.

Gold rush
As the world’s fourth-largest consumer of gold, Turkey has always had a strong relationship with the costly commodity. And yet, the country’s mining success is a relatively recent phenomenon – in fact, Turkey’s first gold mine only began production in 2001. The rapid development of the mining sector was kick-started by the privatisation of the industry in the early 2000s: this came alongside a broader infrastructure push by the ruling Justice and Development Party (AK Party), which came to power in 2002 under the leadership of President Recep Tayyip Erdoğan. Since then, the government’s stance on foreign miners has transformed. As geologist Andy Jackson told Mining.com in 2013: “[The government] didn’t consider it gold that we were looking for; they considered it ‘Turkish gold’. And nobody was going to take Turkish gold out of Turkey.”

However, in 2012, the government introduced a raft of measures aimed at making the country more appealing to foreign investors, including a broad range of incentives for the mining industry. According to Invest in Turkey, the government provides a minimum of TRY 50m ($8.6m) to the mining sector under its large-scale investment scheme, with incentives such as a reduced tax rate and exemptions from customs duties and VAT. These policies, along with the expanding road network and the adoption of 4G across the country, have helped attract foreign investors to Turkey’s budding mining industry. “We have the government on our side,”

And there is the potential for even more growth in Turkey’s mining industry. In 2018, Ali Emiroğlu, President of the Turkish Miners Association, told Global Business Reports (GBR) that Turkey’s potential for mining minerals (including gold) had “not been exhausted” as extractions had yet to reach reserves deep in the ground. As Sener said: “Whatever metric you measure Turkey’s gold mining industry by, it’s a leader.”

Cutting red tape
According to the Turkish Gold Miners Association, gold production in Turkey peaked at 33.5 tonnes in 2013 (see Fig 1), as an influx of foreign investors from mining strongholds such as Canada and Australia arrived. The total value of Turkey’s mining exports hit an all-time high of $5.04bn the same year.

More recently, though, the mining boom has faltered, with political instability and permitting issues causing investment – as well as the expansion of new gold mines – to slow. By 2017, production had dipped to around 22.5 tonnes per year and total foreign direct investment (FDI) had slumped to around $11bn, down from nearly $18bn in 2015, according to the United Nations Conference on Trade and Development’s (UNCTAD’s) World Investment Report 2018. Fatih Kaya, a senior consultant at Invist FC, which advises investors in Turkey, told World Finance that bureaucracy and red tape have been holding the mining sector back. For instance, Kaya said miners must obtain 21 permits and authorisations from various ministries and agencies before they begin work on a mine – a process that typically takes two and a half years. Kaya believes this must be simplified in order to encourage growth: “The whole process needs to be designed very transparently to assure foreign direct investors that [they are] treated equally [to] other parties in order not to create disproportionate behaviours and unfair treatment.” The process, however, has not discouraged Sener, who argued that licensing has its hurdles anywhere in the world: “Permitting in Turkey is hardly different to other parts of the western world, although there are complications and delays.”

But difficult licensing processes are not the only factor potentially denting Turkey’s global image in the eyes of investors: the country’s poor record for workplace accidents is another area of contention. For the mining sector, this was exemplified by the Soma mine disaster of 2014. The incident, in which 301 coal miners died following a fire, was the worst mining accident in Turkey’s history. Although health and safety measures have improved since the catastrophe, workplace accidents are common throughout the country. In 2017, the Workers’ Health and Work Safety Assembly revealed that 2,006 workers had been killed in occupational accidents – up by 36 from the previous year.

While the 93 deaths attributed to the mining sector were far below those recorded in the construction, agriculture or transportation sectors, the figure has failed to improve, on average, since the Soma incident. In comparison, Australia’s larger and more developed mining sector recorded three mining-related deaths in 2018, according to preliminary data from the governmental body Safe Work Australia.

“The [Turkish] Government is well aware of the problem and the [mining department] is logging incidents carefully,” Sener said. “[However,] the country has the ability to do so much better… What’s been happening is a push for growth almost at any cost.”

A precarious state
While Turkey has recorded strong overall growth since 2000, political turbulence and economic decline have plunged the country into a state of uncertainty. The relative stability that followed the AK Party’s ascension to power in 2002 fell apart with a failed coup d’état in July 2016, when a coordinated military operation was launched to overthrow Erdoğan. Although the government quickly defeated the attempted coup, more than 200 people died and a further 2,000 were injured. According to the GBR, the day “fundamentally altered the course of the Turkish Republic in ways [that] are still reverberating”.

As a result of the unrest, Turkey dropped from 45th position to 78th in the Fraser Institute’s Survey of Mining Companies 2016, with many investors concerned by the country’s political instability and the uncertainty of existing regulations. What’s more, UNCTAD found that FDI experienced a “substantial drop” – a significant fact when you consider that Turkey accounted for more than a quarter of West Asia’s total FDI inflows between 2007 and 2015.

Although health and safety measures have improved since the Soma mine disaster, workplace accidents are common throughout Turkey

“Since July 2016… political instability has had a negative impact on the Turkish economy and on FDI,” UNCTAD’s report said. “Leading rating agencies have downgraded Turkey’s sovereign credit rating, which has acted as a deterrent both to international borrowing and to foreign investment in the country.” Worries continued to mount in 2017, as Erdoğan transitioned the country from a parliamentary system of government to a presidential one, and again in 2018, when the Turkish lira lost 45 percent of its value against the US dollar between January and October.

Although Kaya said FDI in the mining sector is currently “at a very low level”, there are signs that confidence is returning to the market. According to Invest in Turkey, FDI rose to $13.2bn in 2018. The country also climbed back up to 64th place on the Fraser Institute’s latest survey, while gold production in 2018 rose from 22.5 tonnes to 27.1.

Still, there are plenty of challenges facing Turkey in the short term. In 2018, the country fell into recession, while local elections have once again stirred up political uncertainty. “The economy probably will continue on a negative trend for a little while, but the long-term outlook is positive,” Sener said. This claim is mirrored in the IMF’s latest forecast, which expects the country to recover from its recession by 2020. Moreover, if Turkey successfully carries its comprehensive reform agenda forward over the next three years, Kaya sees potential for foreign investment to grow significantly.

Glimmers of hope
Even if FDI in Turkey’s mining sector dwindles for longer than expected, the GBR has indicated that large domestic investments have somewhat offset the declining interest from foreign parties in recent years. Turkey’s workforce also presents a competitive advantage for the sector, with Sener – who is part Turkish – telling World Finance that the country’s labour market is made up of young, well-educated people. In the mining sector more specifically, he said thousands of geologists are entering the workforce every year. What’s more, Sener described an intrinsic strength in the people of Turkey: “Turkey has some of the hardest workers, working the longest hours globally. Where are the success stories going to be in the long term? Not Europe.” Instead, Sener believes countries with hardworking, dynamic populations such as Turkey and China will pull ahead.

While it will inevitably take time for Turkey’s economy to recover from its current downturn, the sector’s high-quality labour pool, attractive government incentives and comparatively low costs offer an encouraging picture for renewed interest from foreign investors. According to BMI Research’s Turkey Mining Report 2017, Turkey’s “increasingly favourable investment climate” will continue to attract new entrants to the industry, with the gold sector set to receive the largest share of mining-orientated investment. Over the five years from 2017 to 2021, BMI Research predicts that gold mine production volumes will grow by an average of 4.3 percent each year.

Demand for gold is not going to slow down anytime soon. Not only are central banks and jewellers determined to get their hands on the precious metal, but gold is also used as a conductor in countless technologies – from computers and medical equipment to solar power cells. With Turkey’s mining sector showing green shoots once again, continued reform and economic stability will only help boost the reputation of gold mining’s new frontier.