Can you put a price on pollution? 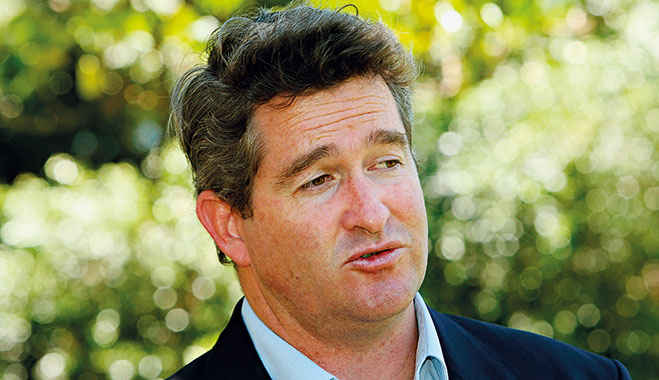 John Connor, CEO of The Climate Institute. He described Australia’s move to abolish the carbon price as a lurch to the back of the pack in terms of taking action on climate change
Energy | Markets
Author: Matt Timms

In May this year, six of Europe’s leading energy firms, BP and Royal Dutch Shell among them, joined in a bid to bring the UN on board and devise an agreed-upon carbon pricing system. Proposed on the grounds that doing so would discourage high-carbon options and boost investment in low-carbon technologies, the six took a stand that ran contrary to their reputation as thorns in the side of the fight against climate change. Often criticised for their contributions, or lack thereof, to curbing emissions, the agreement has seen the fossil fuels business stand up and be counted as a force for progressive change.

Consumers – for whom inaction on climate change has become an all-too-familiar occurrence – have welcomed joint action on carbon pricing, though American opposition, notably from ExxonMobil and Chevron, doused any hint of positivity and highlighted the biggest obstacle standing in its way. Whereas studies show that greater numbers are warming to the policy, a failure to agree on a solution has inhibited progress, and governments, not to mention fossil fuels companies, are at a loss when it comes to taking a joint stance on the issue.

“Drastically cutting power emissions has proved easier than expected, with the astonishing growth of renewables, and energy use has fallen across the developed world even as economies continue to grow. However, energy-intensive industry has been relatively ignored, and has thus represented the largest block to further emissions reductions”, according to Phil MacDonald of the Sandbag Climate Campaign. “Carbon pricing schemes must recognise this, and must go hand-in-hand with policies to dramatically decarbonise industry.”

Estimated value of the carbon pricing market as of April 2015

Growing carbon markets
“In the past few years, the use of markets to reduce greenhouse gas (GHG) emissions has grown rapidly; in its 2015 status report, the International Carbon Action Partnership found that jurisdictions with emissions trading in place account for 40 percent of global GDP”, added the IETA’s Director of International Policy Jeff Swartz. “We are in a time now where the conversation is less about whether climate change is real or not but rather what should we do to respond, which is an important step forward in the debate. And with more and more regions introducing carbon pricing policies, the overall risk to competitiveness is decreasing.”

The World Bank’s annual review of carbon markets shows that schemes designed to ensure polluters either pay for or reduce their emissions were at play in 39 nations and 23 subnational jurisdictions, as of April 2015. “There has been a rapid acceleration in both the support for carbon pricing and the adoption of carbon pricing policies in countries and regions around the world”, said Noah Kaufman, a Climate Economist for the World Resources Institute. “It is now far more difficult for countries to delay climate change action by pointing at the inaction of others.”

Looking only at the financial value of carbon pricing, the progress is significant, and, as of April 2015, the market was worth an estimated $50bn. The increase is made to seem even more significant considering that Australia last year repealed its carbon pricing mechanism and made a quite sizeable dent in the market. Buoyed by South Korea’s newly introduced emissions trading system (ETS) and Portugal’s $5 per tonne of CO2 tax, the market enjoyed a modest pick-me-up last year; compounded further by the expansion of schemes such as those in California and Quebec.

Impressive as the numbers are, the coverage extends to only 12 percent of global emissions, and progress on the issue has been wildly inconsistent. Sure, there is cause for optimism insofar as carbon pricing is finding its way onto the frontlines of global policy discussion, but participants are yet to arrive at a workable solution. Introduced or expanded on the basis that carbon pricing raises revenue and reduces budget deficits, while curbing emissions, the system is seen by many as a costly and sometimes-oppressive policy stance.

Finding the right solution
Australia, for example, abolished its carbon tax last year after only two years on the basis that it was inhibiting businesses and exerting undue financial pressures on households. Capping an eight-year stint in which climate policy has featured front and centre in three election campaigns, the government finally succumbed to those-against and, in eliminating the tax, handed businesses a $7bn pick-me-up.

Whereas recently-axed Prime Minister Tony Abbott, for whom eliminating the tax formed a major part of his election campaign, called the move “great news for Australian families”, those with an eye on the country’s emissions were less than convinced. “With the Senate’s vote today, Australia not only lurches to the back of the pack of countries taking action on climate, but sees the responsibility of emission reductions shift from major polluters to the taxpayer”, said John Connor, CEO of The Climate Institute, in a statement. “Today we lose a credible framework of limiting pollution that was a firm foundation for a fair, dinkum Australian contribution to global climate efforts.”

To date, Australia’s change of heart is perhaps the highest profile setback for the cause, though, more than that, the lesson serves as a sobering reminder of the challenges, economic but mostly political, associated with the endeavour. “Politics is the biggest challenge for any climate change policy because, the benefits are distributed throughout the current and future populations of the world, whereas the costs are concentrated on the regions and countries that must pass legislation”, said Kaufman.

“While many governments not only see carbon pricing as a way to combat climate change, but also to improve public finances, the worry of short-term increases in energy prices and goods persists. Businesses are worried about their competitiveness and consumers about their energy bill”, said Long Lam, Consultant on Climate Strategies and Policies at Ecofys. “Many carbon pricing schemes therefore have measures in place to compensate businesses and low-income households for the additional costs they face. It will remain a challenge to strike a balance between the incentive to reduce GHG emissions and mitigating these worries to gain public acceptance.”

As it stands, carbon pricing takes one of two forms, either a carbon tax, as in the case of Australia, or an ETS, popularised by the EU. Speaking on the challenges, Kaufman said: “Carbon taxes and emissions trading systems are the best way to overcome this political hurdle, because they generate government revenues that can accomplish important and popular policy objectives, such as lowering taxes, reducing deficits, and investing in infrastructure and education.” However, the promise of broad-based and sustainable gains has eluded the majority, and the priority for participating nations in the here-and-now has fallen on learning from the mistakes made in days past and on reaching a political consensus.

European struggles
Perhaps no other region exemplifies the failings of carbon pricing better than the EU, and the bloc’s cap-and-trade system has struggled to make good on its promise of reduced emissions for nigh on 10 years now. Active in 28 EU countries, and three EEA-EFTA states in Iceland, Liechstenstein and Norway, the system covers 45 percent of the bloc’s emissions, and the expectation is that by 2020 emissions will be down 21 percent on 2005 and 43 percent by 2030.

Similar to rival ETS systems in that polluters receive a certain number of emissions allowances to trade as they see fit, companies, at the end of each year, must surrender enough allowances to cover their emissions or suffer fines. Currently in its third phase, running through 2013 to 2020, the previous two iterations were heavily criticised for their failure to appropriately penalise offenders.

Dictated by the market rather than by regulation, the price of the allowances has been on the slide now for some time, and the situation is unlikely to right itself without an interjection on the part of policymakers. However, doing so means turning away from the market-based cap-and-trade system of days past and arriving at an alternative whereby policymakers and not polluters dictate the price of industrial emissions. The price in 2008 stood at €30 per ton, which has since plummeted into single digit territory, and without a price floor, such as that proposed by California recently, or some sort of stability mechanism, the EU ETS will fall short of its intended purpose.

“Back when the EU carbon market launched in 2008, it was the only game in town. Now carbon markets have spread across the world, from the US west-coast and east-coast markets, to China’s pilot schemes, which launch as a national system next year. However, in Europe, the stubbornly low carbon price has failed to drive emissions reductions (emissions have fallen for other reasons)”, said MacDonald. “Until the persistent surplus of spare emissions allowances can be cancelled, the European carbon market will fail to do its job.”

One problem, as cited by Naomi Klein in her book This Changes Everything, is that a carbon pricing system similar to that of the EU ETS will see results only with the assistance of mass public support. The policy, at its core, is an inherently complex matter, and one that is not so easily understood by all, and for as long as public support falls short of industry opposition, the EU is unlikely to institute a far higher – and more effective – carbon price.

Better to try than try not
Despite the less-than-savoury situation facing Europe, made worse recently when politicians voted down measures to boost the carbon price artificially, it appears that enthusiasm for a system of much the same type is gaining momentum in China.

“Carbon pricing has gained a lot of traction globally as a key instrument in reducing GHG emissions and combating climate change in the recent years”, said Lam. “With the slow progress in the international negotiations on climate and a limited international mitigation ambition, carbon pricing developments have shifted from an international level to a national or sub-national level.” This is particularly true in Asia and in the US.

Having experimented with provincial carbon market schemes in each of the past four years, it looks that a national market in China will open up at the mid-point of 2016. “China will be a country to follow in the coming years”, said Lam. Buoyed by a desire to shake off its status as the world’s number one polluter, China’s seven pilot schemes are each very different in scope, though together paint a picture of how the country might best go about creating the world’s largest carbon market. With a carbon price that ranges through CNY 20 to CNY 55 ($3-9) per ton, regional variations have been put in place so the country might more easily avert the oversupply issues facing Europe currently.

What’s important now, not just for China but for any nation intent on curbing emissions, is that past failings, such as those in Australia and the EU, are seen not as reasoning against carbon pricing itself, but as food for thought when arriving at a more appropriate solution. Buoyed by widespread public support and a consensus that climate change merits action, the issues standing in the way of carbon pricing are fewer and the pressure to introduce carbon pricing more pronounced. “All of this has happened absent a strong international enabling framework”, said Swartz. “The Paris Agreement set to be reached at the end of this year could play a significant role in encouraging other jurisdictions to act.”