Canada agrees a trade deal with the US

President Trump’s admonishment of the North America Free Trade Agreement created considerable trade uncertainty in the region, but the US and Canada have now agreed a deal to create a new trilateral pact with Mexico 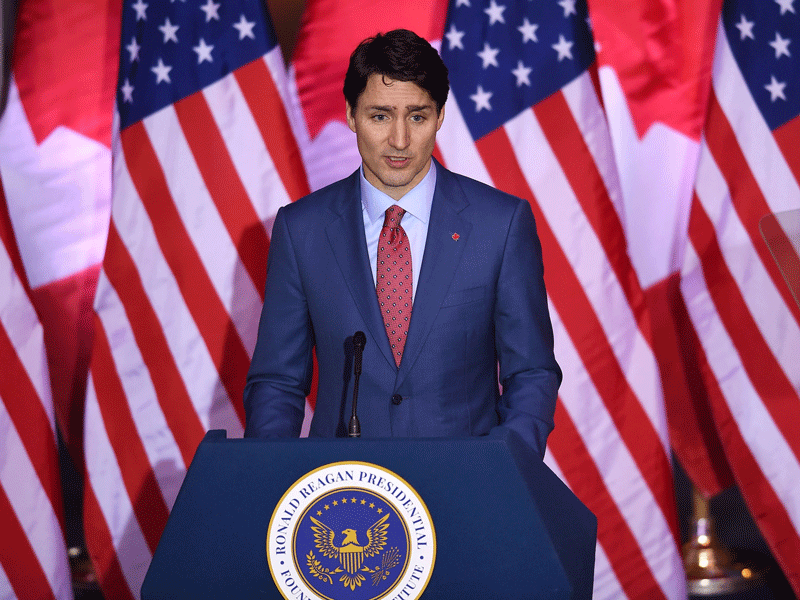 Canadian Prime Minister Justin Trudeau reacted positively to the news as the trilateral deal ends more than a year of disquiet over trade in North America
Markets
Author: Courtney Goldsmith

Canada and the US have reached a deal alongside Mexico to replace the North America Free Trade Agreement (NAFTA), ending 13 months of uncertainty.

The US and Canada released a joint statement late on Sunday, September 30, that confirmed a deal to rework NAFTA, which governs $1.2trn in trade.

According to the statement, the USMCA will “result in freer markets, fairer trade and robust economic growth in our region”, and create jobs and new opportunities across North America.

President Donald Trump has long sought to revamp the 1994 trade agreement with the wider goal of bringing down US trade deficits.

Despite threats to tear up the pact, the US reached a deal with Mexico in August. On Sunday, negotiators on both sides were said to make concessions as they rushed to meet a midnight deadline.

But while the agreement ended more than a year of uncertainty, it came at a cost. Canada agreed to provide US dairy farmers access to about 3.5 percent of its nearly $16bn annual domestic market, Reuters reported, citing sources. The deal also reportedly failed to settle the dispute over US tariffs on Canada’s steel and aluminium exports.

Although Trump continues to wage a trade war on multiple fronts, the agreement with Mexico and Canada brings relief and could lead to a growing trust in the US economy, which has been plagued by uncertainty since Trump took office.