As a wave of nationalism threatens to consume the continent, Kim Darrah asks, can deeper integration salvage European growth? 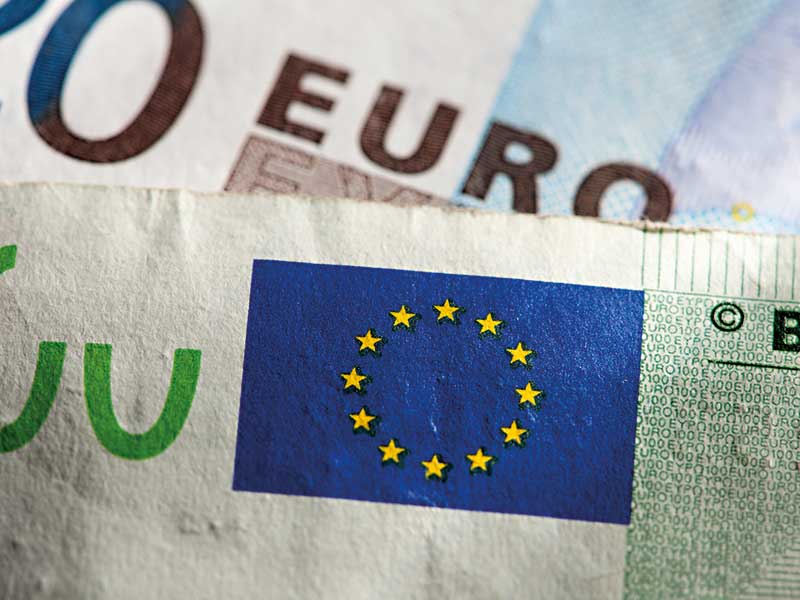 The European vision of an economic project was predicated on four essential freedoms: labour, goods, services and capital. Despite celebrating its 60th anniversary in March, the project has been profoundly shaken, painfully overshadowed by lacklustre economic performance and heightened political tension.

Six decades ago, political theorists hailed closer economic ties as the answer to inspiring a new age of political accord. As people experienced the inevitable benefits of deepening economic integration, they argued, political support for the European project would increase. Further, the increasing attachment to the project of integration would gradually erode nationalistic tendencies. Recent events have dented that theory.

Yet, with political threats to the union mounting, the EU has reverted to its founding philosophy: European Commission President Jean-Claude Juncker has turned to the fourth freedom of the single market – the freedom of capital – in the hope of breathing new life into the economic project.

Shortly after the UK voted to leave the EU, the Commission called for the acceleration of the Capital Markets Union, a project aimed at reinvigorating the European economy by unlocking the benefits of fully integrated capital markets. A communication from the Commission argued: “In the current political and economic context, developing stronger capital markets in the EU is even more important.”

As a result, the project in capital integration has returned to the forefront of policy efforts, promising to address the weakness of European capital markets. If the vision becomes reality, European businesses will receive the funding fix they need to drive growth more broadly in the economy and, with any luck, restore confidence to the floundering economic union.

The growth gap
At the heart of the reform proposal lies the notion that incomplete capital integration has left many European businesses with limited access to capital markets, forcing them to become heavily reliant on crisis-ridden banks. Theoretically, the full integration of capital markets would counteract this, creating open, competitive and efficient European financial markets, improving the allocation of resources within the EU and providing businesses with a greater diversity of funding options.

The US is often used as an example to illustrate the transformative potential of better-functioning capital markets in Europe. World Finance spoke to Robert van Geffen, Director of Policy at the Association for Financial Markets in Europe (AFME), who said: “The post-crisis environment has made it clear that an over-reliance on bank lending can lead to a slower economic recovery, particularly when you compare it to the situation in the US, where capital market financing was able to quickly provide the necessary finance to firms after the crisis.”

The positive growth figures seen in the US can be traced to its deeper and more diverse capital markets. Meanwhile, in the EU, the majority of financing to small and medium-sized enterprises (SMEs) occurs through bank lending, with weak capital markets restricting businesses’ options – particularly during their early, high-risk stages.

Before a company goes public, capital markets can provide crucial funding such as business angel and venture capital investment, fulfilling a function traditional banks cannot. “The appetites for risk are different. Often, capital markets can better match investors’ risk appetites with the needs of those looking for funding”, Anna Bak, manager of the securitisation division at AFME, told World Finance.

Considering start-ups, scale-ups and generally higher risk businesses play a central role in spurring growth, there is a clear call for greater opportunities in high-risk equity funding. Van Geffen said: “In particular, while start-ups constitute just a small proportion of total SMEs, they are a very important driver for the creation of jobs in Europe, adding a disproportionate number of jobs to the labour market.”

Crucially, European capital markets fall well short of those in the US, with private placements, angel investor networks and venture capital all lagging behind. For example, in 2014, the amount raised by European venture capital firms for SMEs in the US was €28.4bn ($30.7bn), compared with only €4.1bn ($4.43bn) in Europe. In 2015, angel investors provided American SMEs with €22.7bn ($24.5bn), while SMEs in Europe received just €6.1bn ($6.6bn). Further, European stock and bond markets are also limited when compared to their US counterparts, with eurozone stock markets worth just 47 percent of GDP in 2014, compared with 146 percent in the US.

Freeing the market
The Commission’s proposal argued many of the shortcomings found in the EU’s capital markets could be ironed out if barriers to capital movement were reduced. While the efforts to achieve capital market integration began 60 years ago, the freedom of capital in Europe is still held back by the diversity of regulations set between member states. “There is significantly more fragmentation that exists in the EU, which does not exist to the same extent in the US”, van Geffen said. “This makes having truly integrated capital markets more complicated.”

European capital markets tend to be organised along national lines and, as such, national discrepancies in financial, technical, legal and administrative rules prevent the true freedom of capital coming to fruition. As a result, investors overwhelmingly stick to home markets. A report by AFME entitled Bridging the Growth Gap found that 65 percent of the global investors surveyed felt market fragmentation and a lack of understanding in regard to cross-border differences discouraged investment.

Smaller member states with under-developed capital markets could have the most to gain from greater capital movement. With the system in its current state, it’s not hard to see why investors are reluctant to make cross-border payments to a small country like Malta, which has a population of just 400,000 and adheres to a host of individual rules and regulations. Risk levels can also be difficult to compare across member states, with diverse insolvency laws creating major differences in the potential losses ensuing from bankruptcy. The harmonisation of regulations would help pave the way for greater investment from within Europe and abroad. Harmonisation could also facilitate the rise of new players, such as user-led IT or app platforms.

The EU’s accelerated policy efforts are due to be completed by 2019, with the Commission putting forward a range of measures to tackle the barriers preventing the free movement of capital. A particular focus has been placed on venture capital, with the proposal of a new framework seeking to create opportunities for fund managers of all sizes, and expand the range of companies that can be invested in.

The majority of the proposed measures focus on reducing the discrepancies between capital market rules in member states. For one, the green paper emphasises the intention to move towards the harmonisation of insolvency legislation – an enormously complicated undertaking that would certainly encourage more capital freedom. Another key measure proposes to reform the prospectus process, which could dramatically simplify the procedure for firms seeking to issue debt or equity. Many proposals have yet to fully take shape, but similarly fall into the theme of coordinating financial, technical, legal and administrative rules across the union.

Taking stock
While it is clear that the economic performances of the eurozone and the US differ considerably, many argue it is a mistake to put too much emphasis on capital markets. Professor Ewald Engelen of the University of Amsterdam told World Finance: “There are some parts of Europe where it is obvious that there is next to no credit provision being undertaken by banks, especially not to small and medium-sized enterprises. The question is: does the lack of credit provision have to do with the provision of capital, or does it have to do with the macroeconomic conditions in those countries?

Furthermore, although capital markets provide less funding to small businesses in the EU than they do in the US, there is a limit as to how far regulatory changes can bridge this gap. The disparity also comes down to cultural differences, which inevitably take far longer to change. “There is a difference in risk culture for start-up funding between the US and EU. For example, in the US, investors will not necessarily consider an earlier bankruptcy by an entrepreneur as a bad thing, but rather as an opportunity the entrepreneur has probably learned from, whereas in Europe it is seen as being overly risky and investors will feel discouraged to invest”, said van Geffen. On top of which, the EU will always face a certain level of fragmentation when compared to the US as a result of its language barriers.

The Commission’s restless efforts to deepen capital market integration in the single market won’t be a quick-fix solution for growth in Europe. For one, it is unlikely to be able to bring EU capital markets in line with those of the US. For another, capital markets are far from the only factor holding back growth in the EU relative to the US. Instead, the ironing out of member state disparities will likely prompt a gradual improvement in European capital markets and a modest uptick in funding opportunities for businesses. That said, such an improvement could mark an important step in the recovery of the single market, especially if growth can inspire greater confidence in the wider economic project.