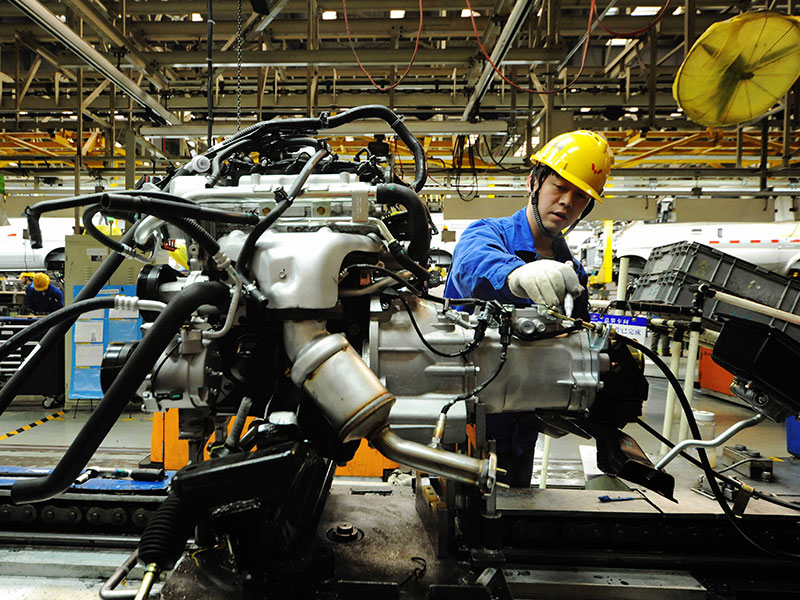 An employee works in a car manufacturing plant in Qingdao, China. China's automobile industry was one of few to show signs of growth in July
Markets
Author: Tom Bailey

According to a range of indicators, China has seen a slowdown of economic activity in July, suggesting that the country’s economy could be running out of steam. Data released on Friday showed that July’s industrial production output stood at six percent higher than a year before, down from June’s 6.2 percent year-on-year growth.

July’s industrial production output stood at six percent higher than a year before, down from June’s 6.2 percent year-on-year growth

One area that has seen strong growth in China is the car industry. July saw car sales rise at the fastest monthly rate in over three years. As Reuters reported: “Auto sales grew 23 percent year-on-year to 1.9 million vehicles in July from a year earlier, the highest monthly growth since January 2013, the China Association of Automobile Manufacturers said on Friday.”

However, much of the growth can be attributed to a recent government tax cut on small engine vehicles, as well as weak comparative growth in the prior year.

According to the Nikkei Asia Review, economists are predicting that China’s central bank will cut interest rates in response to the country’s slowing economy: “JP Morgan expects another 25 basis points as soon as October.”