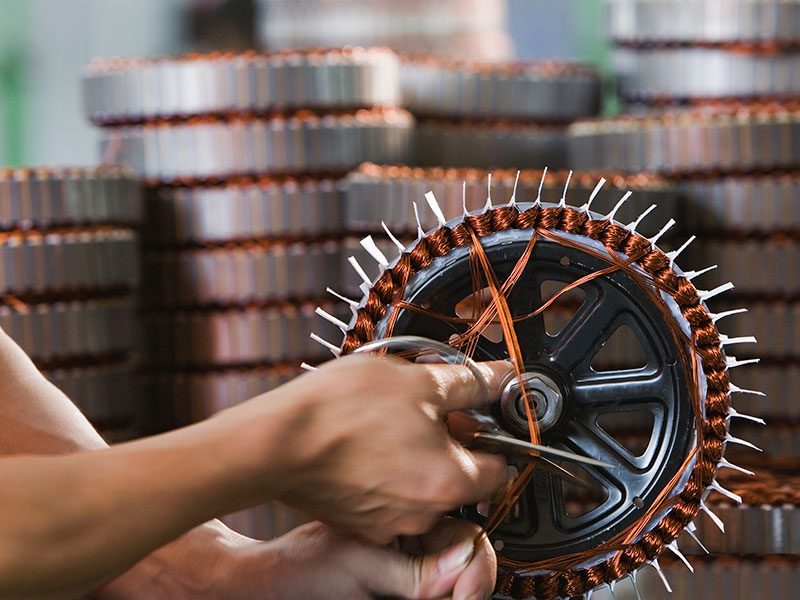 An electric motor is produced by a Chinese factory worker. According to the Caixin PMI, China's service sector declined to 51.7 in July
Markets
Author: Tom Bailey

China’s service sector suffered from slowing growth in July. According to the latest figures released by the Caixin PMI for China, the world’s second largest economy saw its service sector decline to 51.7 in July, down from its peak of 52.7 in the month prior.

At 51.7, China’s service sector is still expanding – anything over 50 is an expansion in the PMI gauge – but the new figure nonetheless represents a marked slowdown.

The cooling of China’s service sector expansion is perhaps a worrying sign for the country’s authorities. Since the beginning of China’s gradual economic slowdown, much of the focus of state policy has been on developing China’s service sector and creating a growing domestic market. This was intended to allow the country’s economy to start moving away from its export-led manufacturing and heavy state-led investment model.

China, however, does not seem to be moving in the desired direction. China’s manufacturing sector actually saw a rather strong showing, with the Caixin July manufacturing survey recording a better-than-expected expansion. At the same time, the Caixin’s composite PMI – combining both manufacturing and services sectors – rose to 51.9, a figure not seen in China since 2014.

However, some concern has been raised over the cooling of the both the construction and property services sector, as noted in the index. This has raised fears that China’s long-awaited property crash is on the horizon. However, determining whether China is facing am inflated or bursting property bubble is inherently difficult.