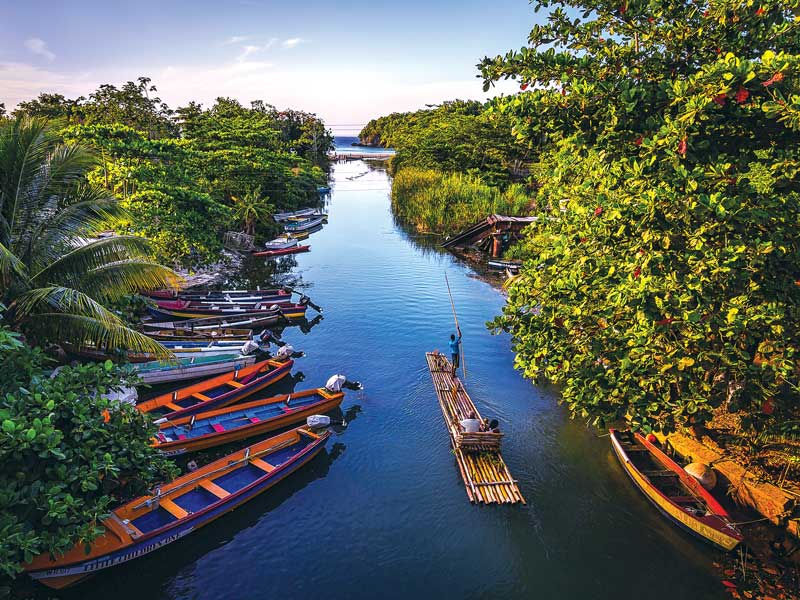 Investment opportunities in the idyllic Caribbean nation of Jamaica improve with each passing year, as a strong global economy and domestic developments improve its economic prospects
Markets
Interview with: Diane Edwards, President, JAMPRO

The Jamaican economy has come out of the global recession to achieve five consecutive years of growth. While it has been a period of fluctuation – from lows of 0.5 percent to highs of 1.4 percent – the economy shows strong signs of continued recovery. During this time, the government has worked hard to improve fiscal consolidation through a more stringent regulatory framework, which has reduced debt from 135.8 percent of GDP in 2013 to 102.1 percent during the 2017-18 financial year.

Action has also been taken to increase competitiveness on the island through key business reforms, which have made it easier to start a business, improved port efficiency and modernised tax payments. Next on the agenda is to revamp the processes for registering property, applying for construction permits and the enforcement of contracts. World Finance spoke with Diane Edwards, President of Jamaica Promotions Corporation (JAMPRO) – a government agency that promotes export and investment opportunities across the country – about some of the most noteworthy recent changes in the country.

How is Jamaica’s logistics sector currently developing?
Jamaica’s logistics sector has seen considerable investment over the past two years. With the divestment of the Kingston Container Terminal in 2016 to CMA CGM, the third-largest shipping line in the world, the Port of Kingston has had upgrades to the tune of approximately $400m. This includes the upgrade of the physical and technological infrastructure, the dredging of the harbour to facilitate post-Panamax vessels, and the overall redevelopment of the port berths.

Other initiatives will further cement Jamaica as a logistics-centred economy. These include the planned divestment of the Norman Manley International Airport, which will facilitate four million passengers per year – up from the current 1.7 million. With the movement of people also comes the movement of goods and services, and this initiative will play an integral part in the overall logistics capabilities. Future investment initiatives that will also impact the logistics sector include the Caymanas Economic Zone, which will be the first large-scale integrated economic zone in Jamaica.

What opportunities now exist for investments in the timeshare market?
The timeshare legislation was passed in 2014, while timeshare regulations came into existence in 2016. These developments present the opportunity for Jamaica to tap into a global industry that is currently valued at $57bn in direct economic output annually. With the concentration of investment in hotels being in Montego Bay, Ocho Rios and Negril, there are many opportunities for investment in other parishes that depart from the all-inclusive model. Instead they focus on ‘vacation ownership’: catering to heritage, ecological and other forms of non-traditional tourism, in addition to normal leisure travel.

Investors can also take advantage of available properties under the ‘shovel ready’ investment programme to construct mixed-use developments with residential components, or standalone developments, and benefit from a faster approval process than what they would normally obtain. Hotel developers also now have the option to introduce vacation membership clubs and vacation ownership as part of their offering, thus increasing the potential markets for their hotels.

What other sectors are viable for investment in Jamaica?
With an estimated revenue of approximately $400m in 2016, the IT-enabled services and business process outsourcing (BPO) sector is a high-performing segment of Jamaica’s services industries. It has enjoyed the highest employment growth rate of any sector in the past decade, and presently accounts for more than 26,000 jobs island-wide.

Jamaica is the leading contact centre location in the English-speaking Caribbean and has firmly established its reputation as a strong and highly competitive destination for BPO. Industry heavyweights such as Alorica, Teleperformance, Vistaprint, Hinduja Global Solutions and Sutherland Global Services continue to invest in Jamaica’s BPO sector.

Other areas that continue to expand in Jamaica are tourism, agribusiness and manufacturing. There are also significant investment opportunities in the areas of new, renewable and alternative energy sources. Jamaica’s renewable resources in wind, biomass, hydro and solar energy are an excellent way to minimise its dependence on imported fossil fuels and, in the long term, transition itself into becoming an independent energy producer. Against this backdrop, the government is now rolling out a new strategic plan for the continued development of Jamaica’s renewable energy. The country is also building its reputation in knowledge-based outsourcing areas such as finance, accounting and HR.

Is the Jamaica Stock Exchange a good option for investors?
The Jamaica Stock Exchange (JSE) is currently experiencing strong performance, with both the main market and junior market indices performing tremendously well. In 2017, returns averaged 50 percent and 43.9 percent on the main market listings and junior market listings respectively. The main index has grown in the past three years and is projected to continue its performance as the country’s economy stabilises and private capital flourishes.

As such, the performance of the domestic market has not gone unnoticed in the international market; Bloomberg recognised the JSE as the leading exchange in the world in 2015 following a 97 percent growth in the main index. As the indices grow, so does the wealth of stockholders. The market capitalisation of the exchange at the end of 2017 was valued at JMD 1trn ($7.8bn), with growth of over JMD 100bn ($788m) since the end of 2016. Coupled with a strengthening economy and a more buoyant currency, the purchasing power of the domestic market continues to grow stronger each year.