With a host of political transitions on the cards, navigating the currency markets is going to make for an interesting 2017. For traders looking to manage their risk, gold was a popular choice 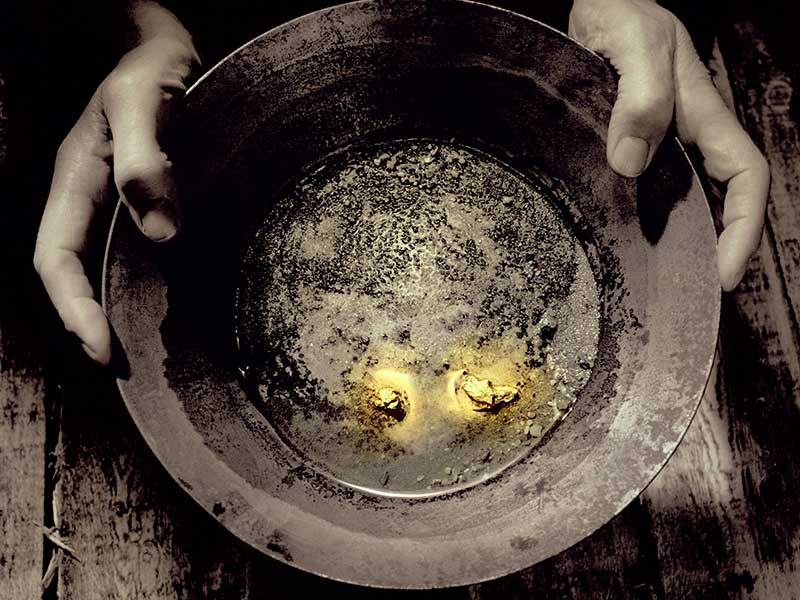 It’s a trend we’ve seen throughout the last decade; political restlessness and financial turmoil has consistently sent investors scurrying for cover under a gold pile. The sub-prime crash in the US housing market in 2008 – and the subsequent financial crises across Europe and Asia – pushed demand for low-risk investments, and the price of gold soared from $850 per ounce in 2008 to a whopping $1,850 in 2011.

By 2013, the EU sovereign debt crisis was in full swing, and investors opted for gold over bonds; pushing the metal over $1600 for the first two quarters of 2013. As the euro continued to plummet against its rivals, the Swiss National Bank reacted by halting the subsidisation of the CHF currency peg to the euro. Again, investors put their faith in gold, driving the price up by $90 in just one day. Scepticism around China’s GDP growth added to market jitters, and the Federal Reserve’s delay in raising interest rates in the US was the icing on the cake. Gold prices stayed high through the end of 2016, as the asset remained a popular choice for traders.

The golden age of trading
Investors looking to mitigate risk over the past few years have created a 21st century gold rush, and as 2017 gains traction, traders are still panning for the precious metal. Uncertainties over President Trump’s fiscal policies and concerns surrounding his protectionist stance have made charting the greenback as much of an art as a science of late, and prudent traders have driven the demand for gold even higher. The Trump inauguration saw the spot metal trading bullish, with the price topping $1220 before falling slightly once Trump had a few days in the Oval under his belt.

With further political uncertainty on the
horizon], markets are likely
to become even more
volatile as the stability of
the eurozone wavers

America isn’t the only economy to experience a change of power this year; France, Holland and Germany all have elections on the horizon. With nationalist parties gaining momentum in France and Holland in particular – and the risk of further referendums on EU membership dawning – the markets are likely to become even more volatile as faith in the stability of the eurozone wavers.

Brexit too, will kick off properly in 2017. Despite the Supreme Court ruling MPs and peers must give their consent before the government can formally roll out Brexit, it is anticipated that the Article 50 deadline will be met at the end of March. While the outcome is not expected to be any different from the referendum, the uncertainty and delay will further unsettle the markets.

Striking gold with forex
It might be measured in dollars, but gold is intrinsically linked to the money supply of countries all over the world. It is the benchmark of the market; deficit spending at a national level will inevitably harm the value of a currency, but gold is a finite resource and it will hold its value regardless. As such, our favourite yellow metal is a permanent fixture of the forex markets.

Many forex investors view gold as the answer to tumultuous trading environments: a reliable asset protected from political and economic uncertainty, and widely accepted as collateral. This safe haven investment is a welcome solution to 2017’s potentially volatile currency markets.

It makes sense, then, that award-winning forex broker FXTM would be among the first to offer its traders the opportunity to invest and store funds in physical gold. The broker is now using London-based BullionVault to deliver a market-leading service to investors throughout the world. This expansion of its services – partnered with the world’s largest online gold investment service – will not only allow traders to buy gold quickly and easily from their MyFXTM account, but will also enable them to utilise that gold as collateral to trade.

This timely addition to an award-winning platform has been well received by FXTM traders. The opportunity to confidently hedge against 2017’s potentially volatile market risks gives them a distinct advantage over competing traders.