TEPCO to rebuild nuclear plant in Japan despite opposition

The Japanese government has backed plans for TEPCO to rebuild its nuclear power business, which was destroyed by the 2011 tsunami. The decision has come under fierce opposition but Japan remains committed to its nuclear strategy 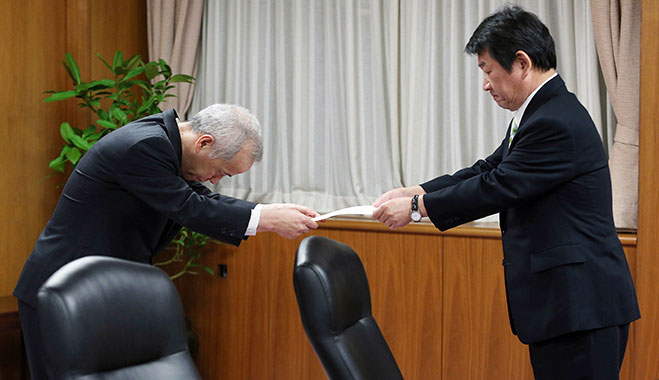 Three years after the devastating tsunami that led to the Fukushima power plant disaster, Tokyo Electric Power (TEPCO) has finally been given the go-ahead by the Japanese government to start rebuilding its business. The company, which is now state-controlled, has kept its nuclear reactors offline since the disaster. The agreement will involve over one trillion yen in cost cuts for TEPCO, and there are plans to restart its two main reactors as early as July.

“As an electricity utility we’d like to have nuclear power as an option to sustain a stable power supply,” Naomi Hirose, president of TEPCO, told reporters in a press conference. “If the Kashiwazaki-Kariwa plant restarts, the company will be able to generate electricity from sources that will allow us to cut rates.”

The Kashiwazaki-Kariwa plant is the world’s largest nuclear reactor, and TEPCO has announced its plans to restart it by July. There is fierce opposition in Japan to resorting back to nuclear energy after the Fukushima meltdown. Before the disaster, up to a quarter of Japan’s power was generated from nuclear plants, but it has since been relying on oil, coal and gas plants for power, at huge cost to the economy.

TEPCO has announced it is considering making investments of up to 2.67 trillion yen in order to rehabilitate its nuclear business by boosting upstream projects and overseas electricity businesses. When outlining the plans, TEPCO suggested it would borrow two trillion yen from fresh lenders as soon as possible.