In the company’s latest push to provide a seamless supply of green energy to electricity grids, Tesla has unveiled a new power plant on the island of Kauai 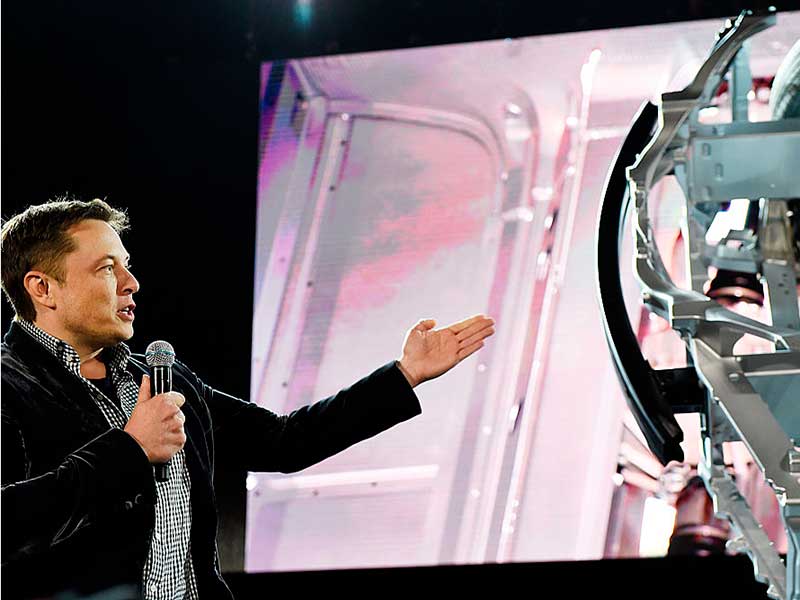 On March 8, electric car manufacturer Tesla took another significant step towards developing its own viable means of supplying green energy to electricity grids. In what CEO Elon Musk hopes will be an important proof-of-concept for the company’s Powerpack-2 battery units, Tesla unveiled a huge power plant on the Hawaiian island of Kauai that could revolutionise the local electricity supply. If successful, such solar-plus-storage initiatives could be exported to other, more populous areas – representing a huge step forward in the company’s global sustainability project.

The Kauai plant is comprised of almost 55,000 solar panels that funnel energy into 272 Powerpack-2 units – where it can be stored en masse for extended periods of time. Powerpacks, which Tesla claimed “house the world’s most sophisticated batteries”, have long been in development by the Californian company. The Powerpack-2 builds on the momentum generated over the past two years by sales of the first generation to US businesses.

Offering round-the-clock access to solar power, the Tesla plant could save an estimated 1.6 million gallons of fossil fuels each year

Many of Kauai’s 30,000 residents already have solar panels installed. But, come nightfall, they stop generating power, prompting residents to fire up generators or turn to the island’s conventional electricity grid. In lieu of an oil or gas pipeline, the latter requires the burning of diesel fuels brought to the island via boat. By offering round-the-clock access to solar power, the Tesla plant could save an estimated 1.6 million gallons of fossil fuels each year.

According to Business Insider, Tesla worked alongside the Kauai Island Utility Cooperative (KIUC) to bring the 13MWh host of panels to fruition. It has been agreed that Tesla will sell power to the KIUC for 20 years, charging only 13.9 cents per kWh. As Elektrek reported, that makes Tesla’s offering roughly one-third the cost of burning diesel fuel.

The panels are manufactured by SolarCity, a company Tesla bought last year for $2bn. The Kauai project builds upon a number of similar Tesla projects, including a solar-plus-storage site, opened at California Edison in 2016, with enough capacity to power 15,000 homes for four hours. Indeed, the Kauai facility most strikingly resembles Tesla’s American Samoa micro-grid, which, having been funded by the numerous government departments, is presently powering the entire island of Ta’u.

Meanwhile, Musk himself could have grander designs for the company’s solar-plus-storage programme. Considering the upward trajectory of his other company SpaceX – which Musk asserted will take humans to Mars by 2022 – it would be no surprise if the billionaire businessman has indeed been pondering the notion of creating a parent corporation to unite the two entities as a means to apply cheap, renewable power to the colonisation of outer space. For now, the potential of Powerpack technology seems huge. But, in the future, it could well be astronomical.