Thai consumers have benefited from the plunge in oil prices – paying less at the pump – but thankfully for domestic producers, the price drop is unlikely to last for long 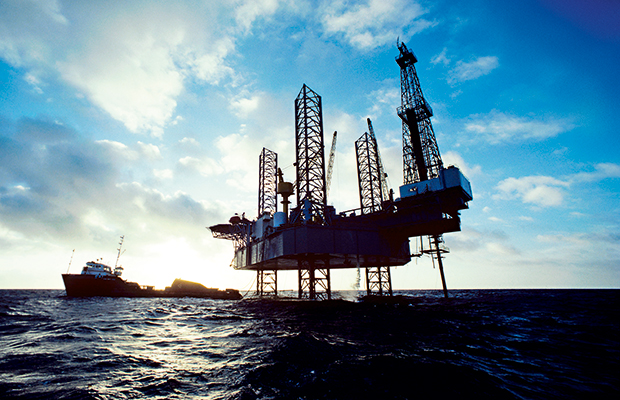 An offshore oil platform in the US. Many rigs have been shut down due to falling demand
Energy | Markets
Interview with: Atikom Terbsiri, CEO and President, Thaioil

Back in May 2014 Brent crude was being sold for around $110 per barrel, but that soon changed, with the price sitting at nearly half its previous value at just $56 per barrel, as of March 2015. A number of factors played a part in the commodity’s decline: one is a reduction in global demand spurred by Europe and China. Another is the US’ energy independence, something made possible through the controversial process of fracking, which permits the extraction of large shale oil and gas reserves deposited deep underground. Finally, there has been a distinct lack of noise coming from the world’s largest oil cartel, OPEC. Many thought that it, or one of the states that comprises it, would have stepped in and cut back on supply in order to push up the price of oil. But nothing happened. Instead, OPEC seems happy to engage in a price war with US shale oil producers.

This is all great news for net importers of the commodity; as consumers in those countries can enjoy a reprieve when they go to fill up their cars at the pump. The opposite is true for net exporters like Russia, whose economy relies heavily on its energy exports, and now, combined with the economic sanctions imposed on it by the US and EU, sees its economy teetering on the brink of collapse. But managing oil’s fall from on high has been a bit of a mixed bag for some. Thailand still relies heavily on imports in order to sustain its rising fuel demand (see Fig. 1), and, therefore, the plummeting price of oil is seen as a bit of a double-edged sword.

Price plunge
As a result of oil prices plunging by over 50 percent since mid-2014 amid unprecedented supply from both non-OPEC and OPEC producers, domestic refinery Thaioil, a company recognised globally as having one of the best track records for sustainability, has seen its business affected in two major ways.

First of all, its gross refinery margin (GRM) has become much healthier compared with previous years, which enhances Thaioil’s competitiveness against imported petroleum products. The underlying rationale being, that the dramatic drop in the outright price of Dubai crude has boosted its GRM, which serves as the key input or cost of production of the refined petroleum products. In fact, the cost of crude oil accounts for 70 percent of the total cost of oil production.

“As a result, the cost of production is becoming much lower for the business and subsequently enhances refining profitability”, says Atikom Terbsiri, CEO and President of Thaioil. “Additionally, refinery margins had also been bolstered by the fact that the petroleum product spreads had not fallen as rapidly as crude prices. Nevertheless, there is also a downside effect to Thaioil’s profitability in terms of the stock loss of crude reserves.”

This is due to the fact that it is legally mandatory for refinery businesses in Thailand to reserve crude inventory as a tool to enhance energy security for the nation. The current proportion of legal reserves is six percent. If the event arises that will impact oil supply such as unrests in oil producing countries or obstacles of transporting oil to Thailand; the reserves ensure that the country will still have some tucked away, which can be exploited for approximately 43 days.

“It is, therefore, inevitable to confront such a stock loss as we had to initially reserve the crude oil at high prices last year”, says Terbsiri. “But despite this, we are certain that Thaioil’s profitability can be partly cushioned by the remarkable GRM. Not to mention the fact that low oil prices stimulate domestic demand by elevating consumers’ purchasing power, so even in the middle of such difficulties there lies opportunity. The company also has the added benefit of over THB 40bn [$1.22bn] to cushion the business amid any sudden crisis.”

Crude surplus
The surplus of crude oil worldwide – around nearly two million barrels – persistently pressures oil prices. The IEA recently published its medium-term outlook for the oil market by forecasting that the US will remain the main contributor of non-OPEC supply growth up until 2020. The IMF has also revised its GDP growth forecast for January 2015 to just 3.5 percent (down from its earlier figure of 3.8 percent). On the back of such bearish forecasts, the price of oil is unlikely to soar above $100 per barrel any time soon.

There is, however, a notable harbinger that low oil prices start to adversely affect the oil drilling and investment plans. Major international oil companies (BP, Chevron, Conoco Phillips, Royal Dutch Shell, Apache and Total) have begun scaling back investment by reducing capex on oil production projects. As a result, US oilrig counts have fallen by over 30 percent, compared with the peak level in October 2014 (1,019 rigs as of 20 Feb 2015). However, the impact is lagged since it takes some time for the decline to register and have an impact on actual oil production. “With the expectations of continual deceleration of non-OPEC production growth, we may be able to see the slight recovery of oil prices in the second half of 2015”, says Terbsiri. But despite his optimism he admits that there are real challenges ahead – the main being oil’s price volatility. “Even though there is an initial rise of oil prices in 2015, along with global markets on optimism over eurozone crisis, prices continue to be volatile and could soften due to the worry of crude markets oversupplied, especially in the US, where inventories are at record highs”, says Terbsiri. “Even though Thaioil Group has strong net cash margin, due to strong gross integrated margin (GIM) from our integrated refinery, aromatics and lube base oil configuration together with relatively low cash operating cost, there are a number of new large and complex refining capacities that would be pressure GIM in the coming years.”

The real challenge for oil producers, however, is the constant advancement of technology. While the breakthrough in shale gas and oil production processes may have a positive impact in term of crude availability, and create a higher oil demand from oil prices remaining low, advancement in alternative and renewable energy such as solar and liquid hydrogen may lead to a downward trend of petroleum demand for transportation, especially gasoline. In addition, alternative and renewable energy promotion from governments around the world may cause structural change in future domestic petroleum products demand.

To mitigate the effects of the markets volatility and overcome the challenges it faces from alternative energy sources, Thaioil has chosen to embark on a strategy of organic growth, with projects to improve efficiency. Such projects include the Emission Improvement Project, HVU-2 revamp and CDU-3 energy efficiency improvement. The company is also planning to strengthen its value chain integration through Sriracha terminal, LAB project (LAB stands for Linear Alkyl Benzene, a surfactant product categorised in downstream fine chemical and a major ingredient in fabric and homecare business) and SPPs projects, which are expected to be completed over the next 1.5 years. Thaioil also plan to strengthen its value chain through logistics capability, building higher value products and extension of products and services toward end customers.

“Thaioil is aiming towards international business expansion, focusing on three key countries, Indonesia, Vietnam and Myanmar, and leveraging on our core competency, which is refining skills and capability”, says Terbsiri. “For [the] long term, in light of more competitive new refining capacity, we will need to consider upgrading investment for its main refining and petrochemical business, enhancing competitiveness through our ability to upgrade low value to higher value products and flexibility to process diverse crude types. In addition, with the changing trend of energy consumption, we have set up an innovation and R&D team to study and develop new energy business opportunities. These strategies would support Thaioil to cope with challenges we are facing.”

Net winner
Despite the challenge the dramatic price drop of oil poses for producers like Thaioil, the country as a whole stands to benefit from the 50 percent dip. The lower cost of fuel is great news for consumers, who can take advantage of cheaper gasoline. Due to rising domestic demand, Thailand has had to spend much of its foreign exchange reserves buying oil, but because of the recent drop in price, the government can now funnel that money elsewhere, at least for the time being.

Experts believe that while the oil’s price will remain depressed for at least the next two quarters, such prices are simply unsustainable. In the meantime, consumers in net importing countries can enjoy a moments respite from inflated prices, while producers will not have to wait too long until they see profits return.