The sustainable side of oil

While an abundance of natural resources can handicap an economy, oil-based sovereign wealth funds can turn a finite resource into a sustainable financial tool 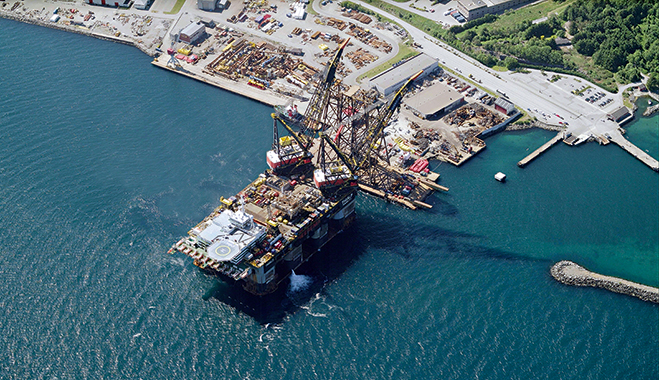 “Having large reserves of oil and gas presents an economy with considerable opportunities over the short- and long-term”, read a government-sponsored proposal for a Scottish oil fund. This was a statement that came in the lead-up to last year’s in/out referendum and one that saw the Scottish Government roll out plans to establish two oil funds and make good on any surplus tax receipts derived from North Sea oil and gas.

The first of the two funds would offset any sudden price swings and stabilise what could otherwise prove a potentially volatile revenue stream, according to the Fiscal Commission Working Group. This stabilisation fund, “into which higher than forecast oil and gas revenues are deposited, would minimise North Sea revenue volatility from changes in oil prices”, according to the Scottish Government Finance Secretary John Swinney.

The second, however, is more akin to a long-term savings fund, and would come into play only when borrowing is slow or debt high. Whether investment in the fund would come when the country ran a net fiscal surplus, a current budget surplus, or instead as a fixed proportion of North Sea revenues, the model offers a lifeline for when times turn sour.

With such widespread corruption tied to it, populations often see oil as the enemy where the resource is in
plentiful supply

The oil fund idea, though novel, is not new, and proponents of the Scottish scheme cited the success of Norway’s own Government Pension Fund Global in selling the idea to the public that North Sea oil exploits – or any fossil fuel for that matter – could bring sustainable growth.

Resource curse
Too often, the rewards tied to the exploitation of oil escape the everyman and leave countless individuals with little-to-no understanding of how the proceeds could benefit the country at large. This failure on the part of oil economies to spread the wealth more evenly is perhaps best illustrated by the ‘resource curse’ hypothesis.

Referring to the all-too-common instance whereby a plentiful supply of natural resources can bring corruption, stagnation or even economic contraction for the host nation, oil often poses more problems than it does solutions. “Managing natural resource wealth is fraught with difficulties – some economic, many political – and if not done well, can adversely impact macroeconomic performance in the short and long runs”, according to one IMF report entitled Boom, Bust, or Prosperity? Managing Sub-Saharan Africa’s (SSA) Natural Resource Wealth.

The issue of managing oil-derived revenues is clearly not the simple task many assume it is, and ensuring that the wealth is distributed to those apart from the highest few officials is a rare thing amongst those blessed with an abundance of natural resources. There are numerous examples of countries that boast a plentiful supply of natural resources though likewise rank low down on Transparency International’s Corruption Perceptions Index, having thrown away countless opportunities to boost economic and social development.

With such widespread corruption tied to it, populations often see oil as the enemy where the resource is in plentiful supply. However, Norway and a select few other countries have bucked the trend inasmuch as the governments there have recognised that any proceeds tied to oil, if managed sensibly, can set the economy on the path to sustainable prosperity. “An important factor behind the resource curse is excessive spending of the resource revenues. A sovereign wealth fund that is used to save most of the revenues for future generations, will dampen the risk of excessive spending”, says Steinar Holden, Professor of the Department of Economics at the University of Oslo.

“By putting the resource revenues into a fund, it might be easier to safeguard the money, away from politicians. Hopefully, one can also obtain a fair return on the capital in the fund. However, a fund must be combined with a prudent spending rule. One must avoid too large and/or pro-cyclical spending, for example, avoid that the spending of the resource income increases when the economy is booming.”

Established in 1990 in the hope of turning non-renewable riches into a sustainable financial instrument, the aim of the Government Pension Fund Global was and still is “to have a diversified investment mix that will give the highest possible risk-adjusted return within the guidelines set by the ministry [see Fig. 1].” Put another way, the world’s biggest sovereign wealth fund is essentially a rainy day fund for when times are hard for one of Europe’s strongest economies. Originally called the Petroleum Fund, the oil fund was renamed in 2006 and has succeeded largely in freeing space for fiscal manoeuvring in times of economic contraction, not to mention license to offset any oil price reductions.

At the beginning of last year the fund made each of the country’s five million inhabitants a theoretical millionaire, albeit in krone, when the fund’s market value crossed the five trillion mark – equivalent to over $820bn. At NOK 6,950bn, as of March, the size of the fund is equivalent to over $170,000 for each inhabitant, and lays claim over approximately one percent of all the stocks and bonds in the world.

What’s more, the pace at which the fund has grown means that the government is able to spend more ‘oil cash’ from the fund and shrink tax rates, in order to tackle an economic slowdown. The guideline however, remains that no more than four percent of the surplus is spent on public projects.

Also, in keeping with the government’s distinctly sustainable approach to spending, Chief Executive of the fund Yngve Slyngstad revealed earlier this year that the Government Pension Fund Global had divested from no less than 114 companies over the past three years on the grounds of sustainability. Acting on the recommendations set out in board meetings, the fund is fast making a name for itself as a responsible investor, and underlined this focus in February when it released its first Responsible Investment report. In it, Slyngstad said: “We recognise that there is still much to be done, and that we will encounter a number of challenges in the years ahead. Our role is to think long-term and protect value for future generations.”

David Spegel, an emerging market analyst at BNP Paribas, calculates that oil-based sovereign wealth funds like Denmark’s hold more than $5trn in assets worldwide, and are fast becoming a major force to be reckoned with. The UAE and Kuwait, for example, whose funds are valued at $800bn and $400bn respectively, have created sovereign wealth funds of their own, though the approach does not necessarily guarantee a steady stream of income without a consistency that stretches the political gamut. “There must be a broad agreement that most of the money should be saved, or, for some countries, used on socially efficient public investments”, says Holden. No guarantees
The Canadian province of Alberta took a step in the right direction in 1976 when it pledged to stash a percentage of oil royalties in its own Heritage Savings Trust Fund. However, a reluctance to pay-out the requisite amount from 1987 onwards whether it be 30 or 15 percent, along with a tendency to dip into the savings severely handicapped the fund’s earning capacity, meaning that its value sits around the $18bn mark in a time when Norway’s own is fast approaching $1trn. Add to that debts of over $10bn and an expected budget deficit of $500m come the end of the year, and the province is proof enough that inconsistent government policy can cripple the best of intentions.

The Alaska Permanent Fund, meanwhile, created in 1976, ensures that “at least 25 percent of all mineral lease rentals, royalties, royalty sales proceeds, federal mineral revenue-sharing payments and bonuses received by the state be placed in a permanent fund, the principal of which may only be used for income-producing investments.” What differentiates the fund from others like it is that a yearly dividend is distributed directly to Alaskan citizens to supplement their earnings.

The same can also be said of Bolivia, which in 1997 set up the Renta Dignidad programme and began distributing revenue derived from oil and gas to those of 60 years and older. Looking at Alaska, the hand out last year came to $1,884 and lifted the total sum paid out over the fund’s lifetime to over $37,000 per Alaskan.

True, the idea is unlikely to catch on in any global sense, it represents a tried and tested means of transforming diminishing oil riches into a sustainable financial asset.

In this sense, both Norway and Alaska share a certain likeness, in that the fund model employed by either nation and many more like them, means that the population can hold the government more accountable for spending decisions. And by demonstrating that a sovereign wealth fund can overturn the resource curse, the pressure will build on oil economies to do the same as they seek a tried and tested means of exorcising the resource curse.