The dominance of the US dollar is called into question

President Donald Trump’s economic nationalism was shaking confidence in the dollar’s standing even before the COVID-19 pandemic. But the crisis has stoked fears that the greenback could lose its position as the world’s reserve currency 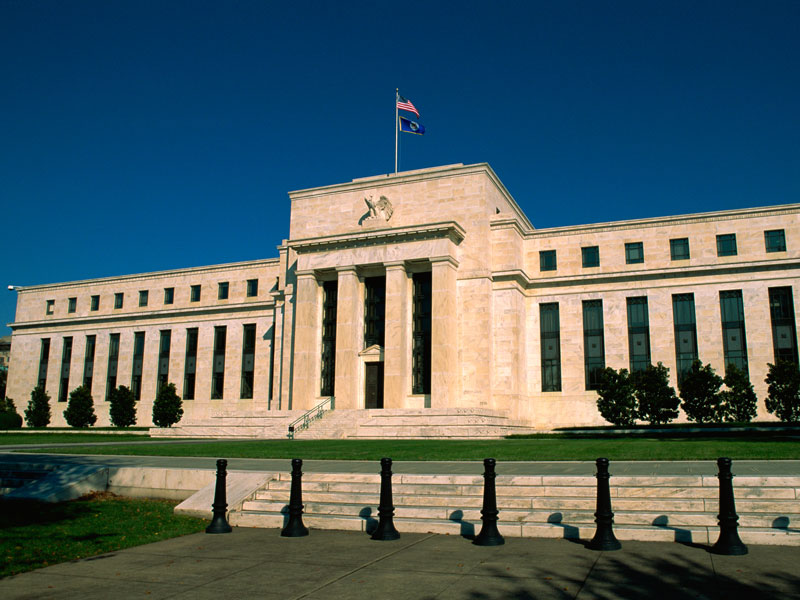 In July 2020, the US dollar suffered its poorest monthly performance for a decade, as the country grappled with the economic fallout of the pandemic. The currency’s tumble has raised concerns that its dominance of the global financial system could be waning. According to data from the Commodity Futures Trading Commission, hedge fund bets against the dollar in futures markets are at their highest level in about ten years. Meanwhile, Goldman Sachs currency strategists have warned that the dollar is in danger of losing its status as the world’s reserve currency.

Many economists think that concerns about the dollar’s demise are over-exaggerated. They argue that a number of short-term factors have contributed to its decline, including the US Federal Reserve’s aggressive monetary easing, aimed at boosting liquidity during the pandemic.

Others disagree that a weaker dollar means it’s necessarily losing influence in the world. “An expensive dollar is the most significant threat to dollar dominance. It is inflationary around the world, increases credit risk, damages balance sheets and limits credit flows. A cheap dollar is everyone’s friend,” said Aaron Cantrell, Director of Economic Research at Record Currency Management.

Nevertheless, its decline in value tells us something important about the US’s changing place in the world’s financial system. While US dollar is likely to remain the world’s reserve currency for the foreseeable future, its depreciation is a sign that the US no longer commands the global trust and confidence that it once did.

Having reservations
When the virus first broke out, investors and companies rushed to the dollar. “The pandemic exposed the scale of dollar dependency around the globe,” said Cantrell. “Financial institutions, corporations and governments all scrambled for dollars to cover liabilities and liquidity needs in face of the unknown.”

The rally it saw at the start of the pandemic fulfilled analysts’ expectations; during times of economic uncertainty, people will often flock to safe haven currencies. But this rally was short-lived. Benjamin Cohen, the Louis G Lancaster Professor of International Political Economy at the University of California, explains that this was out of the ordinary.

“In the past, when a major crisis hit the world economy – such as the Latin American debt crisis of the 1980s, the Asian debt crisis of 1997-98, the global financial crisis of 2008-09 – the dollar served as a safe haven. Money would flow into the US – specifically, into US Treasury bonds. So under ordinary circumstances we might have expected to see the same thing today in the midst of the COVID-19 pandemic. But it hasn’t happened this time,” he told World Finance.

The dollar’s sharp decline in value speaks to vulnerabilities in the US economy. US institutions are growing weaker while politics is becoming more dysfunctional. Trump’s economic nationalism has seen the US’s role in global trade and international politics diminish. At the same time, his mismanagement of the coronavirus crisis has seriously eroded trust in the country, both at home and abroad.

“My opinion is that [the decline] is because of the pathetic policy response of the Trump administration, which for many around the world is the last straw,” said Cohen. “For three years the Trump administration has taken steps that undermine the world’s confidence in the US – and by extension, confidence in the dollar. More than ever, investors and central banks are trying to find or promote alternatives to the greenback. The dollar is no longer the default refuge in the midst of a crisis.”

Ideally, the host economy of a reserve currency should play an outsize role in global trade, serve as a global creditor and have a history of monetary stability. Together, these factors encourage partners to draw up contracts in its currency and accumulate the US dollar in reserves. The US no longer fulfills these criteria as clearly as it once did. Its share of global trade has fallen – particularly during the US-China trade war – while alarmingly high levels of public debt undermine its record of stability. This raises doubts over whether the US dollar’s central role in global markets is still warranted.

The status quo
The dollar’s role as the world’s reserve currency was established in the 1944 Bretton Woods agreement, which pegged the exchange rate of all currencies to the dollar, which in turn was pegged to gold. This meant that, instead of gold, other countries accumulated reserves of US dollars.

Today, the dollar makes up about 61 percent of all known central bank reserves, according to the International Monetary Fund. In addition, roughly 40 percent of the world’s debt exists in dollars. This brings certain benefits to the US economy. The country issuing the reserve currency is not exposed to the same level of exchange rate risk that other countries are, and can also afford to borrow large sums of capital more cheaply.

In the past, the US has been criticised for the benefits that its reserve-currency status confers. Valery Giscard d’Estain, President of France between 1974 and 2981, chastised the US for receiving “exorbitant privilege” as a reserve-currency holder.

However, reserve status also has its drawbacks. These low borrowing costs can encourage public and private sectors to spend more frivolously, racking up debt as a result. The federal budget deficit is expected to reach around $4trn or around 20 percent of US GDP this year.

Because of its outsize role in global trade, the strength of the dollar has a significant impact on global economic growth. A strong dollar makes it more expensive for other countries to pay for imports, reducing demand and therefore economic activity.

This leaves countries exposed to spillovers from fluctuations in the US economy. “Emerging market governments and economies are more vulnerable to foreign exchange risk, owing to a lower capacity to borrow and transact in their own currencies,” said Cantrell. “This can become a vicious cycle when foreign exchange depreciation makes debt repayment more difficult, possibly triggering financial or balance of payment crises.”

Last year, the former Governor of the Bank of England Mark Carney suggested that central banks come together to create their own replacement reserve currency, to counter the “destabilising” effects of relying on the US dollar. Cantrell explains that, as well as limiting countries’ exposure to economic shocks in the US, a different monetary system could reduce the US hegemony outside the financial system. “Especially when the USA’s place in global finance is leveraged for American foreign policy interests – for example in enforcing sanctions against Iran – this tests the patience of other actors in the system including of Europe. China is also a vocal and proactive opponent of dollar dominance for this reason. This is especially true as China attempts to establish a regional network of infrastructure, technology, and trade independent of the USA signified by the Belt and Road Initiative,” he said.

The pandemic is bringing the destabilising effects of the dollar’s dominance to light. Usually, a strong dollar benefits emerging markets, since weaker exchange rates can make their exports more competitive. But a study by the International Monetary Fund found that the dollar’s dominance could exacerbate the impact of the coronavirus crisis on the global economy, as weaker exchange rates could be less effective shock absorbers than in the past.

Warning signs
Central banks may stand to benefit from a more decentralised global monetary system. The question is whether this is a viable option at all. Eswar Prasad, the Tolani Senior Professor of Trade Policy and Professor of Economics at Cornell University, thinks this is currently not the case.

“Concerted efforts by other central banks could lead to a decline in the role of the dollar as the dominant currency for denominating and settling International payments. However, there are no obvious alternatives to the US dollar as a safe haven currency. The euro has stumbled and the renminbi has stalled, leaving no realistic alternatives to the dollar’s status as the dominant global reserve currency,” he said.

The lack of a convincing alternative is why the dollar has been able to command dominance for such a long period of time, according to Cohen. “The euro has been plagued by weak governance and serious public debt problems. Japan’s yen has been weighed down by the long slow decline of the Japanese economy. And the Chinese renminbi remains encumbered by China’s panoply of capital controls and its still relatively primitive financial markets,” he said. “A well-known US economist coined the term the ‘unloved dollar standard.’ The greenback is not loved, but investors and central banks ask: ‘What else is there?’”

Ironically, as well as exposing the dollar’s dominance, the pandemic has also expanded it. “The rapid growth of USD-denominated debt to fund COVID-related expenses around the world—in the form of multilateral loans, sovereign and corporate bond issuance, bank loans, and more—further entrenches demand for dollar liquidity in the future. It also reinforces its use as pricing currency for international transactions,” said Cantrell.

Prasad agrees that the dollar’s liquidity will ultimately strengthen it internationally. “The Fed’s apparent magnanimity in allowing other countries to have access to dollar financing collateralised by their holdings of US Treasuries will pull countries even deeper into the clutches of the dollar,” he said. “The Fed’s provision of abundant dollar liquidity to foreign central banks through currency swap lines and lines of credit collateralised by Treasuries will strengthen the dollar’s dominance in global finance.”

Only once before has a dominant currency been unseated, when the dollar took over from sterling. Such a dramatic shift in the global geopolitical order is unlike to arrive any time soon; in fact, for now, the pandemic will strengthen the currency’s dominance. But the weakening of the dollar suggests that this geopolitical order is nonetheless beginning to fray at the edges. The US should treat it as a warning. By relinquishing global leadership and damaging the credibility of its own institutions, the US risks forfeiting its “exorbitant privilege” once and for all.