Over the next three years, small emerging economies are forecasted to outpace the likes of China and India in terms of economic growth 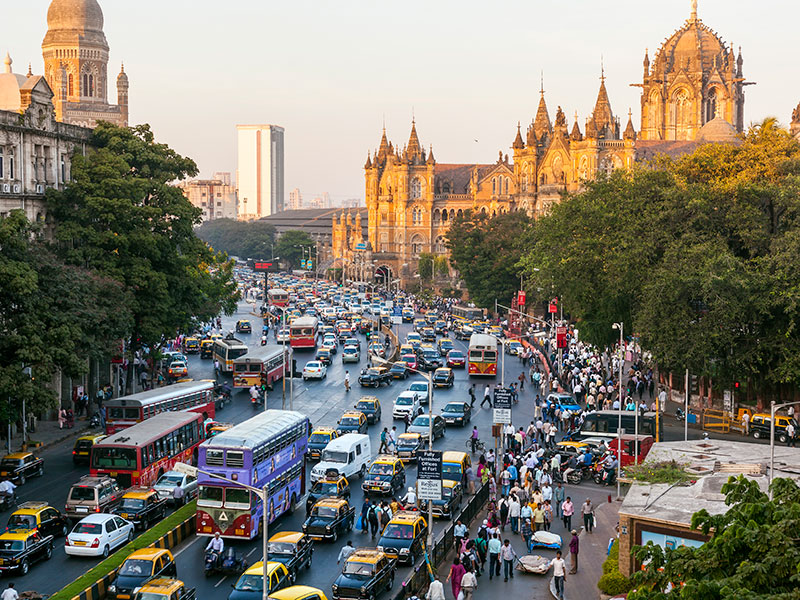 Mumbai, India. India and China both report impressive GDP growth on a regular basis, but only India made the list of the world's top five fastest-growing economies
Markets
Author: James Stannard

India and China are usually considered to be stars in this respect. While the global average growth rate is about 2.7 percent, India reported a whopping seven percent last year, with China roughly the same. Such figures are staggering – but they are not the world’s most impressive.

The Global Outlook provides growth forecasts for 2017, 2018 and 2019. India’s three-year forecast is strong – yet China fails to make the list. Meanwhile, a handful of smaller emerging markets are set to out-pace both. Here, World Finance ranks the world’s five fastest-growing economies based on the average of these percentages.

Located between China and India, Bhutan’s mountainous terrain makes it difficult to build infrastructure, such as roads and pipelines. Consequently, manufacturing industries are not the cornerstone of the economy’s growth. Instead, the roots of Bhutan’s prosperity lie in hydropower, agriculture and forestry. For example, the construction of a huge power plant in Dagan has been an important aspect of the government’s plan to increase Bhutan’s hydropower capacity to 10,000MW by 2020.

While Ethiopia is Africa’s largest recipient of developmental aid and remains one of the world’s least developed countries, several of its sectors show great promise for the economy. A burgeoning services industry underlies the hope that Ethiopia will become a middle-income country by 2025. The construction sector was also boosted in the mid-1990s by massive public infrastructure investment, and gathered real pace between 2004 and 2014. A prime example of its accomplishments is the Grand Ethiopian Renaissance Dam, which is often considered the crowning glory of the country’s recent growth.

Since the country’s democratisation in 1992, Ghana’s political and legal systems have been central to maintaining the economy’s strong expansion. With courts remaining largely independent and the political process fairly stable, there are few barriers to international trade, which therefore allows the country to draw upon its gold and cocoa reserves to boost prosperity. The discovery of oil reserves in 2010 is also a major cause of development at present. This, alongside a fiscal consolidation plan, will be central to Ghana’s future growth.

In 2012, Cote d’Ivoire’s productivity suddenly boomed. There were two reasons for this: first, a peace agreement halted the country’s 10-year civil war, and second, the government received a $4.4bn package from the IMF. Nowadays, cocoa, coffee and palm oil are the backbone of the country’s economy. The government also channels oil revenue into education and infrastructure development, which in turn advances industry. The capital city Abidjan now plays host to Parisian-style cafes, and the country hopes to achieve ‘emerging market’ status by 2020.

Indian growth often receives global attention because the country’s economy is both stable and huge. Services are fundamental for the economy, counting for two thirds of Indian GDP, while consumerism is on the rise thanks to a growing middle class. This growth is aided by an entrepreneurial spirit in civil society and a deep sense of national pride. While China is slowing down, India marches ahead, with the IMF predicting it will crack eight percent GDP growth in 2021.