Top 5 surprisingly easy countries to do business in

Many of the usual suspects can be found towards the top of the Word Bank’s 2019 Doing Business index, but there are also some surprises in the report as a number of less likely countries continue to punch above their weight 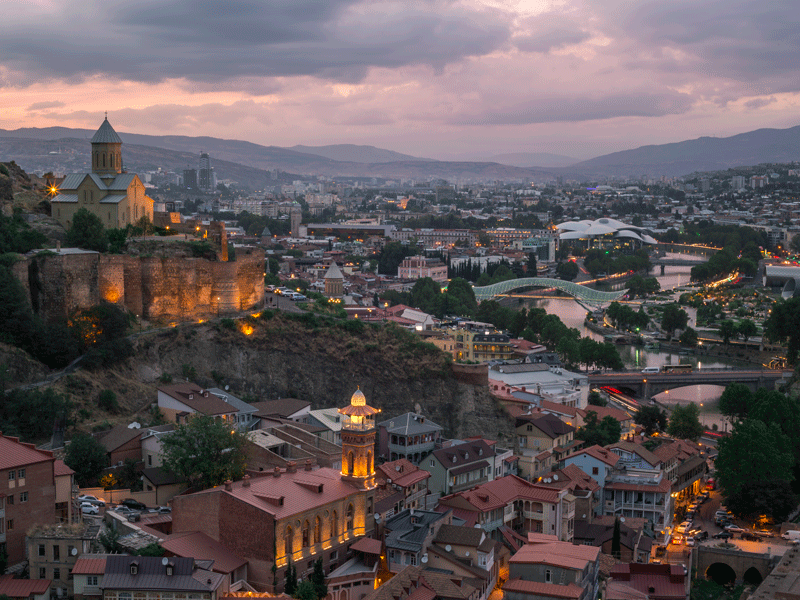 Tbilisi, the capital of Georgia. The country has continued to climb the rankings this year as a number of reforms and procedural improvements allowed it to reach number six
Markets
Author: Michael Newell

Now into its 16th edition, the World Bank’s Doing Business index continues to champion both regulatory quality and efficiency. With 128 economies all introducing substantial improvements, this year’s report recorded a total of 314 regulatory reforms between June 2017 and May 2018. Unsurprisingly, New Zealand, Singapore, Denmark, Hong Kong and South Korea once again make up the top five; however, many other countries performed better than expected.

1 – Georgia (6th)
Georgia continued its impressive climb as it registered sixth in this year’s rankings. Last year’s report recorded 44 business reforms in the Eurasian nation, with 673 improvements launched overall across the past 15 years. Georgia outranked countries such as Sweden, Finland and Australia. Registering a business in Georgia involves just two procedures – taking an average of only 20 days – and, as such, it is regarded as the second most accessible place to start a business. Other recent reforms include granting protection to minority investors, where it also ranks second in the world, and improvements to the insolvency resolution process.

2 – Macedonia, FYR (10th)
Macedonia, currently in the process of changing its name to the Republic of North Macedonia, climbs into the top 10, leading the way for Balkan states. Second place in the region is Slovenia, 30 places below. As with Georgia, Macedonia ranks well in terms of protecting minority investors (seventh), while also fairing well in dealing with construction permits. Getting electricity and enforcing contracts – both of which became more difficult in 2017 – are currently the most significant challenges in the country.

3 – Lithuania (14th)
This year Lithuania climbed to its highest ever ranking, as neighbouring nations fell down the table. Lithuania is ranked as a top 10 country in three categories: dealing with construction permits, registering property and enforcing contracts. Registering property is a particular highlight, with the country ranking third in the world, but resolving insolvency requires work, ranking 85th. The report noted improvements in four different categories: protecting minority investors, paying taxes, trading across borders and labour market regulation. This progression follows consistent reform since 2011.

4 – Estonia (16th)
Touted as ‘E-stonia’ – in 2000, the country declared internet access a human right – this Baltic state has long been a champion of digital technologies. Once aged 15, Estonians are granted e-identities, providing means of entry to over 4,000 different services. Despite falling four places when compared to the previous year, Estonia remains a leading nation within Eastern Europe. Known for having one of the most competitive tax regimes in the developed world, this year’s Doing Business report ranked Estonia 14th for paying taxes. Where the country falls down is in protecting minority investors, where it ranks a disappointing 83rd.

5 – Mauritius (20th)
This tiny island in the Indian Ocean – located 2,000km east of the African coast – climbs into the top 20 of the rankings for the first time since 2013. The report recognised improvements in eight different sectors, with its best ranking coming in terms of paying taxes, where the nation ranked sixth overall. Prime Minister Pravind Jugnauth, leader of the Militant Socialist Movement, said: “Mauritius has been transformed into a huge construction site, with projects being implemented across the country.” The government’s determination to improve the lives of the entire population is clearly paying off.