Political events can have huge effects on the global economy. Millicent Angel examines some of the most significant examples across the 20th and 21st centuries 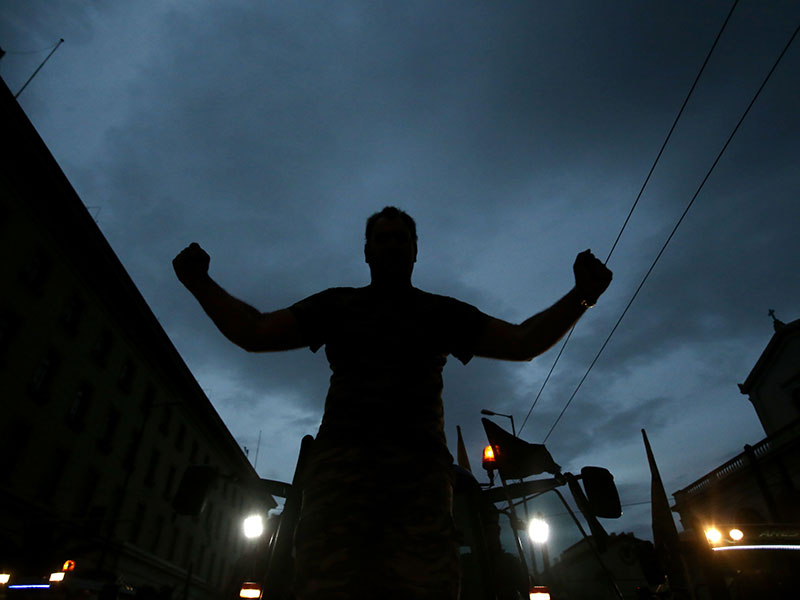 A farmer protests against the Greek government. A series of poor decisions by the country's leaders devastated its economy and led to widespread anger
News
Author: Millicent Angel

Political decisions have always affected social and economical aspects in a region – whether the change is as small as new parking restrictions, or as major as countries entering war with one another. Millicent Angel examines some of the most striking examples of political decisions affecting economies.

1 – The Greek financial crisis
The Greek financial crisis, which started in 2010, was arguably caused by the bad political decisions of the Greek authorities, which spent money excessively, engaged in tax avoidance and kept interest rates low for too long, leading to inflationary pressures. As a result, 50 percent of under-25 year olds in Greece became unemployed, deprivation was commonplace and riots took place throughout the country.

2 – The fall of the Berlin Wall
The fall of the Berlin Wall on November 9, 1989 signified the end of Soviet and communist rule in Eastern Europe; this political decision gave rise to many economic opportunities for the USSR’s ex-satellite states. Indeed, the trade market opened up to an extra 400 million people in Eurasia; moreover, it dramatically benefitted the financial state of countries such as Poland, Hungary and Ukraine. These economies were previously controlled by Moscow, but following the collapse of the wall, they gained the freedom to trade with any country they wished, manage their own finances and adopt capitalism.

3 – The formation of the European Union
The formation of the European Union (EU) on November 1, 1993 in the Netherlands, was an extremely significant political decision that is still felt today. The euro, which many EU member states use as their currency, better facilitates the freedom of movement and goods across the Union, while providing the benefits of integrated financial markets. It also gives the EU a stronger presence in the global economy. Since it was conceived, the single market is said to have added 2.2 percent to EU gross domestic product, as well as boosting employment by 2.8 million.

4 – World War Two
The end of World War Two in August 1945 came with countless economic effects. In the Soviet Union, around 15 million people were killed as a result of the war; productivity in the USSR slowed as a result, which in turn led to huge economic difficulties. In Germany, low industrial output led to a downturn, further exacerbated by the cost of $320bn in reparations. The UK was forced to borrow $4.33bn (£2.2bn) from the US, which it could not pay back until 2006, showing just how much the economy was dependent on the US after the war.