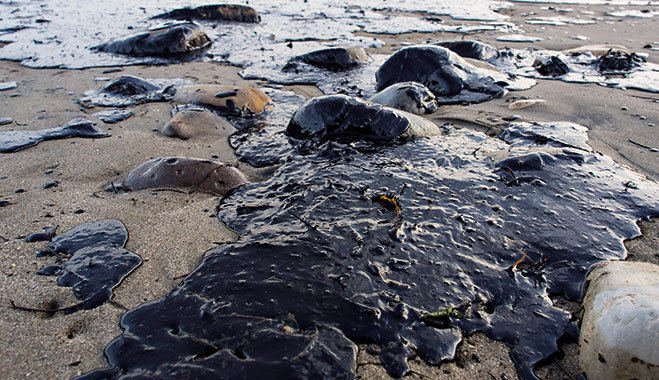 The concentration of CO2 in the atmosphere recently exceeded 400 parts per million (ppm), according to data compiled by the Mauna Loa Observatory in Hawaii. The passing of this milestone cries out for immediate action to be taken by the international community to address dependence on fossil fuel and other contributors of greenhouse gases. It also serves as a reminder of the consequences of inaction.

But in order for decisive action to be taken on any issue, people must first agree that there is a problem in need of solving. However, it has taken far longer than many climate change campaigners would like for a consensus to be reached on the causes and effects of the continued rise in average global temperatures (see Fig. 1).

In the US, Republican presidential candidates are still sceptical over whether climate change is even real. Former Governor of Florida Jeb Bush told Esquire he thought “the science has been politicised”, and admitted he would exercise caution before taking any action that may “alter who we are as a nation because of it”. Donald Trump, in typical fashion, took an even harder line, calling global warming “a total hoax” during an interview on Fox News.

The left would like to blame conservatives’ denial of climate change science on pure pig-headedness. Sadly, as the recent ExxonMobil allegations suggest, their political position on the matter is more likely the result of them digesting misinformation produced and disseminated by corporations with vested interests in covering up the link between the burning of fossil fuels and global warming.

If the claims made by leading US environmental campaigners turn out to be true, it could end the debate over global warming once and for all. Not only that, but many climate activists hope it will bring about massive social change reminiscent of the attacks on the tobacco industry, which was sued en masse after information surfaced that companies knowingly spiked cigarettes with nicotine so smokers would become addicts. However, according to legal experts, while criminal prosecution and securities class action suits are definitely on the cards, climate change is not ideally suited for mass tort litigation – but Exxon should not underestimate the ingenuity and initiative of lawyers. Investigate Exxon
In September, Inside Climate News and the Los Angeles Times claimed Exxon had known about the threat of climate change as early as the 1970s and 80s. But, instead of telling the world what it had deciphered from its research, the reports claimed that the oil company instead spent millions of dollars on setting up various think tanks and donating vast sums to various politicians in an attempt to spread doubt and misinformation about the existence of climate change, and the role fossil fuels played in its creation.

The reports led 350.org, an international environmental pressure group that wants to reduce CO2 levels in the atmosphere to 350 ppm, to call for an immediate federal investigation by the US Department of Justice (DOJ). “Despite Exxon’s wealth and power, people were eager to sign on to this statement”, said Bill McKibben, Co-Founder of 350.org, in press release requesting people petition the DOJ to take action. “Anyone who’s lived through 25 years of phony climate debate, or who’s seen the toll climate change is already taking on the most vulnerable communities, has been seething at these revelations.”

He certainly isn’t wrong about the public outcry that the allegations have caused; so far, more than 41,000 people have signed the petition calling for a federal investigation. Leading Democratic presidential candidates Bernie Sanders and Hilary Clinton announced their support, piling on the pressure for an official inquiry. Even Exxon’s hometown newspaper, The Dallas Morning News, has turned on it, with an editorial that said: “With profits to protect, Exxon provided climate change doubters a bully pulpit they didn’t deserve and gave lawmakers the political cover to delay global action until long after the environmental damage had reached severe levels. That’s the inconvenient truth as we see it.”

Exxon was quick to hit back at the media and environmental activists’ allegations that its climate research was inaccurate and deliberately misleading. “For nearly 40 years we have supported development of climate science in partnership with governments and academic institutions, and did and continue to do that work in an open and transparent way”, said Ken Cohen, Vice-President of Public and Government Affairs at Exxon, in a statement.

“Activists deliberately cherry-picked statements attributed to various company employees to wrongly suggest definitive conclusions were reached decades ago by company researchers. These activists took those statements out of context and ignored other readily available statements demonstrating that our researchers recognised the developing nature of climate science at the time which, in fact, mirrored global understanding.”

The company’s response has done little to quell the anger and intrigue surrounding the allegations. It certainly did not stop New York Attorney General Eric Schneiderman issuing Exxon with a subpoena requesting the company provide extensive information and documentation in order to ascertain whether it knowingly lied to its investors. Needless to say, New York’s decision to take legal action will be seen as a victory for the environmental movement, but in order for real political and cultural change to occur it will need to spread far beyond the Empire State.

Legal nightmare
When corporations are found to have lied, there is a significant risk of criminal prosecution and securities litigation being brought against them. This can be a fruitful area of litigation for lawyers and could lead to companies paying out large sums of money in penalties and fines. But if climate change activists really want to bring down Big Oil – which they do – then they will likely try and pursue massive class actions suits against Exxon in the same way many businesses did when they were harmed by BP’s Deepwater Horizon oil spill in 2010. The only problem they have, according to Howard Erichson, a civil procedure expert at Fordham University, is that it’s much harder to see how mass tort litigation will evolve with regards to climate change, because even though it is possible that it harms a lot more people than air crashes, cigarettes or even oil spills, the harms are diffused.

Signatories to a petition for a federal investigation of ExxonMobil

When plaintiff lawyers look to bring mass harm litigation, they need to identify a defendant or set of defendants who can be held liable to some identifiable set of claimants. The problem with climate change as mass harm litigation, Erichson explained, is that it becomes impossible to place the blame on any one individual, as the victims include every man, woman and child on this planet.

“One way to look at it, is you and I individually may bare some moral responsibility for climate change in the way we travel, heat our homes or any number of other things, but that doesn’t mean we are going to face civil liability to anyone”, said Erichson. “There are a small number of companies, such as Exxon, that are in the news right now that may bare more direct responsibility, but then the question is, to whom would they be liable? If the answer is to the public, then that is really an issue of regulatory enforcement and criminal liability, which may well be how things move forward. But as far as civil tort liability is concerned, the harms are so diffused. Virtually everybody is a potential victim.”

The question that needs to be answered is whether or not civil litigation over mass harms caused by climate change can be envisaged. Considering how the impact of climate change is so varied, widespread and therefore dispersed, it naturally becomes pretty difficult to picture mass tort litigation proceeding – but Big Oil would be foolish to underestimate the endless creativity of lawyers.

For years, the tobacco litigation over nicotine spikes went nowhere: for more than 40 years, people were filing lawsuits against the industry for cancer brought on by cigarettes, and losing. That all changed in the 1990s, when plaintiffs began to win. That means there is still hope for mass tort litigations cases against Exxon.

Perhaps lawyers will manage to find a way to make companies civically liable for harms caused to others. The diffusion of responsibility remains and climate change is lacking a well-defined group of plaintiffs similar to cigarette smokers. But if lawyers managed it then, who is to say they won’t do it again?

In the meantime, Exxon will continue to deny the allegations. Environmental activists will continue to put pressure on state attorneys general and the DOJ to take action against the company. And while it is yet to be seen if Exxon will be found guilty, the fact remains that the levels of CO2 emissions in our atmosphere continue to rise. Regardless of the eventual verdict, energy companies, governments and politicians the world over need to act, and fast.