Gender blindness is the real measure of workplace equality

Today’s obsession with getting more women into high-level positions is doing more harm than good, and should not be the primary measure of gender equality 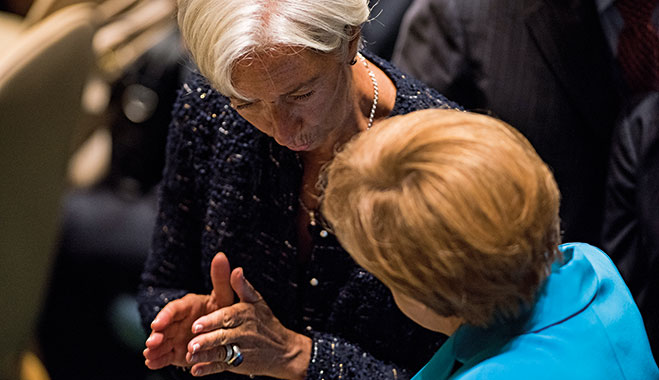 The business world has been focused on getting women into its upper echelons. Campaigns like 2020 Women On Boards, which seeks to increase the percentage of female c-suite executives by 20 percent or more by the year 2020, along with other initiatives proposed by corporations and international organisations, are all helping to erode barriers to gender equality in the workplace.

In the US, California became the first state to pass legislation (Senate Resolution 62), which was designed specifically to encourage corporations to promote more women to senior positions. In Europe, the EU Commission took decisive action in an attempt to shatter the glass ceiling, putting forward a proposal that will see 40 percent of non-executive board member positions of publically listed companies in the region filled by women in over the next four years. Developments such as these are not isolated to Europe and the US, however: throughout the world, governments and businesses are putting forward their own strategies and proposals for getting more women into the top-flight.

But despite all this, gender equality is proving difficult to achieve (see Fig. 1). In fact, a recent report by McKinsey & Company, a leading management consultancy firm, showed that women are still underrepresented at every level of the corporate pipeline; with women holding only 32 percent of senior manager roles and just 17 percent of c-suite positions among the 118 US corporations they surveyed. So why are women still struggling to fill top-level jobs when the world is working so hard to help them do so?

Real equality
Interestingly, the answer, according to two powerful women, lies in ending our collective obsession with measuring equality by the number of women at the top of corporate ladder and, instead, focus on cultivating a society that allows both men and women a wider array of equally respected choices. How they believe society should go about achieving this goal is where the two part ways.

The US public policy expert Anne-Marie Slaughter asserts that massive changes to work culture, policy and society are required to get there, while Claire Fox, a libertarian writer and founder of the think-tank the Institute of Ideas, is worried that by overstating the issue, advocates of gender equality are doing more harm than good.

Today, the world seems too content to value women on male terms. But by doing so it actually denies women fundamental freedoms

During her TED Talk, ‘can we all “have it all”?’, Slaughter explained how for years she had “accepted the idea that the most respected and powerful people in our society are men at the top of their careers” and, therefore, for her, “the measure of male-female equality ought to be how many women are in those positions: prime ministers, presidents, CEOs, directors, managers, Nobel laureates, leaders”. And while Slaughter admits that this metric is still important and that society must continue to work towards this goal, she concedes that pursuing this end alone will not result in real equality.

To achieve true gender equality, not only do business and society at large need to recognise that the breadwinning and caregiving roles are equally important, but more importantly, a cultural shift must occur, one where men and women are freed from traditional gender roles, or what Slaughter refers to as the “re-socialising” of men.

Nowadays, in developed countries at least, women are told they can have it all and are expected to want to have it all – to be breadwinners, caregivers and more. But men, according to Slaughter, are still where they’ve always been. “Men are still socialised to believe that they have to be breadwinners, that to derive their self-worth from how high they can climb over other men on a career ladder”, claimed the policy expert. “60 years after The Feminine Mystique was published, many women actually have more choices than men do.”

She added, “We can decide to be a breadwinner, a caregiver, or any combination of the two. When a man, on the other hand, decides to be a caregiver, he puts his manhood on the line”. Women are able to see themselves as much more than just mothers, but many men still struggle to view themselves as anything more than breadwinners. Part of the reason for that, asserts Slaughter, is due to the fact that many women judge the attractiveness of men largely on how successful they are in their career. “A woman can drop out of the work force and still be an attractive partner, [but] for a man, that’s a risky proposition”, said Slaughter. More and more women are raised to believe that they can be whatever they want to be, but that is not the case for men. In order to change this, Slaughter believes that parents and society must ‘re-socialise’ men.

This is not advocating a switching of traditional gender roles – far from it. What this aims to create is real equality: to cultivate a society that allows individuals to make choices based on what is most important to them, not what society has conditioned them to want or what they have conditioned themselves to want.

Free to choose
But in order for full equality to be realised, to construct a world where men and women are able to choose from a wide array of equally respected choices, what needs to happen? People like to talk about removing and breaking down social barriers, but it is often a case of easier said than done.

The answer, according to Fox, is gender blindness. For her, the biggest obstacle to real equality is our obsession with it – or, more importantly, our incessant need to overstate the issue and the harmful ways in which it is framed. “The problem [with framing gender equality] in terms of the glass ceiling, is that it distorts things”, said Fox. “It creates an endless discussion about why women aren’t reaching the top, with this conversation eventually ending up demonising the choices women make.” In a recent op-ed in The Telegraph, columnist and former editor of the New Statesman, Cristina Odone, told readers how she was made to feel as if she was somehow “betraying the suffragettes and Marie Curie” for not encouraging her daughter to pursue STEM (science, technology, economics and maths) subjects at GCSE. The story exemplifies the problem with contemporary feminism and the obsession it has with measuring equality by the number of women in top-level jobs or the amount of girls going into careers in science instead of how free they feel go down the path they most desire for themselves.

Odone’s daughter freely decided to study English. She chose books over Bunsen burners. Her mother on the other hand talks of how she was made to feel like she was somehow betraying the sisterhood if she didn’t raise her daughter to become an “entrepreneur or a scientist”.

“The whole point about women’s equality is that we have choice”, said Fox. “Then we choose, and everyone says, ‘oh no, not that choice’”. Today, the world seems too content to value women on male terms, but by doing so it actually denies women fundamental freedoms. Women are expected to be some sort of wonder woman – to be all things to all people. There is so much pressure on women to ‘have it all’ that many risk feeling inadequate if they don’t. This is precisely why Fox wants everyone to stop overstating the issue. “I want people to be gender blind”, she said. “I don’t want people to think about it.

“There is, sadly, less enthusiasm for women to take up public or high-level positions than I would want there to be, but it is not up to me decide what other women should choose to do.” While many would like to see more women assuming high-level positions in society or more young girls choosing to do STEM subjects at university, those that do should be careful. Because when people use the argument, as many do, that ‘we need more women in X, because it will lead to Y’ and value women on male terms instead of as individuals, it can do more harm than good.

This is because measuring equality in this way assumes that ‘men’s work’ is somehow more important than ‘women’s work’, and this narrative, which has been adopted by many, is merely the old sexist stereotype given a progressive spin. The fact is that some people aspire to become the CEO of a Fortune 500 company, while some dream of being at stay-at-home parent. So, as society attempts to offer a wider variety of choices, it must also accept the fact that some people may not want them.