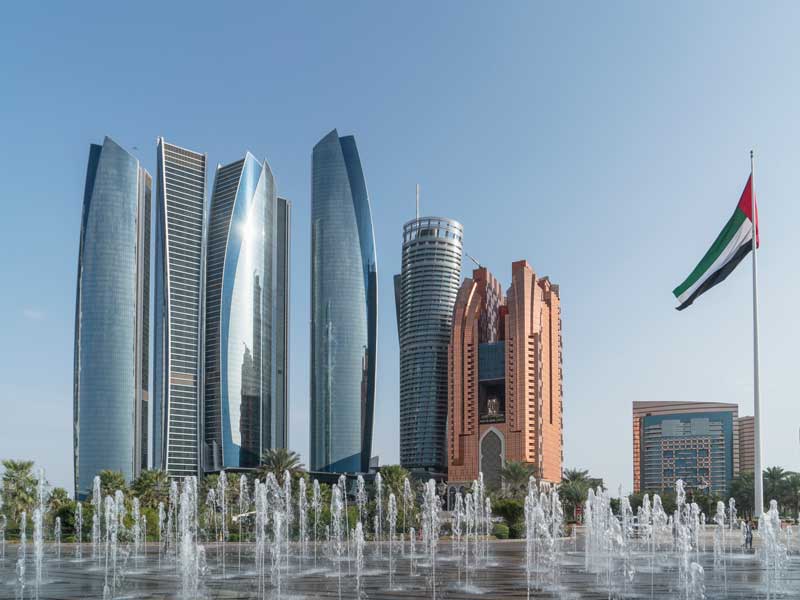 Abu Dhabi, the capital of the UAE, enjoys a strategic location in the centre of a fast-growing region formed of Middle Eastern and African nations. With rapid economic transformation and robust demographics that will account for more than half of the world’s population growth between now and 2050, the whole region is set to be a key engine that propels the global economy.

ADGM believes that a robust financial services sector is not only an engine of growth in itself, but a driving force for the growth of the respective sectors in the real economy

Abu Dhabi has continued to advance its economic strengths and global political influence. This trend is expected to continue, particularly as the cityís economy is predicted to grow between 3.5 and 3.7 percent in 2017, according to the Abu Dhabi Department of Economic Development. This performance is the result of a well-structured economic strategy, which has been strengthened by local government’s plans to develop a more sustainable, knowledge-based economy.

In 2017, Abu Dhabi became one of the top 25 global financial cities, according to the 22nd edition of the Global Financial Centres Index report, which ranks the world’s major financial centres. Abu Dhabi’s rise is a result of the efforts the city has made to secure its place as a financial centre. One key step was the creation of Abu Dhabi Global Market (ADGM), the international financial centre in Abu Dhabi, in 2013. ADGM was created with the aim of contributing to the UAEís economic diversification, as well as consolidating long-term growth. The market has been fully operational since 2015, and is made up of three authorities: the Financial Services Regulatory Authority, the Registration Authority, and ADGM Courts. Additionally, ADGM has become the first jurisdiction in the region to adopt common law in its entirety.

Abu Dhabi has a high concentration of sovereign funds, institutional money and high-net-worth individuals. This comes along with political stability, economic security and a high quality of life. Harnessing these strengths, ADGM provides international institutions with a favourable framework to find success in the region.

ADGM believes that a sound and robust financial services sector is not only an engine of growth in itself, but a driving force to finance the growth of the respective sectors in the real economy. It encourages efficient allocation of capital, spreads risks and supports innovation that boosts consumption and production.

ADGM has rapidly transformed the financial environment in the region. Consequently, local and global financial institutions can now conduct activities in the Middle East and wider region that previously had to be undertaken overseas. For UAE-based entities, this means doing business closer to home.

In its second year, ADGM has continued to introduce innovative initiatives aimed at improving access to capital, unlocking business opportunities and encouraging further growth. These initiatives included several firsts for the region, including a private real estate investment trust regime, a new venture capital framework for fund managers and an aviation financing scheme. Moreover, ADGM launched the first foundation regime in the UAE, and is leading the way in establishing a fintech regulatory framework and a regulatory laboratory.

In recognition of its active role, ADGM has been named Financial Centre of the Year (MENA) for two years in a row by Global Investor ISF. Abu Dhabi’s financial market was also recognised as the top fintech hub in the Middle East and Africa category of the Connecting Global FinTech: Interim Hub Review 2017 by Deloitte and the Global FinTech Hubs Federation. Beyond awards, ADGM’s achievements are shown by figures: registered companies in the market increased by almost 350 percent in the year to October 2017. Furthermore, the number of special purpose entities registered in ADGM doubled to reach almost 150, together with a fivefold increase of licensed financial entities.

With its innovative suite of corporate vehicles and a well-regulated business environment, ADGM is an influential platform for structuring international investments in the Middle East, Africa and Central Asia. The progress made in such a short time demonstrates ADGMís potential to be a catalyst for significant change in the regionís financial services sector. ADGM continues to embrace innovation as the best way to facilitate further developments, paving the way for Abu Dhabi to secure a better financial future.