The downside of China’s behemothian industrial capability is that it remains the world’s largest greenhouse gas emitter. It is, however, now leading the way in green energy development 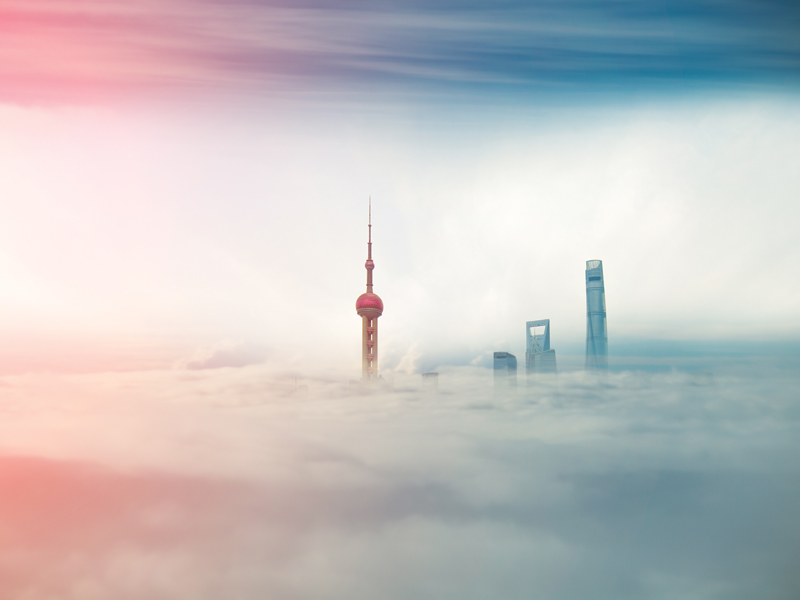 The Chinese economy has long been dominated by heavy industry, the export of manufactured goods and the development of infrastructure, all of which have significantly contributed to the country’s greenhouse gas emissions. In fact, China is the world’s largest producer of greenhouse gases. It is therefore surprising that China is also the global leader in renewable energy development.

China is in the process of a transformative re-orientation of its economy, with its focus shifting increasingly towards technology and a service-based economic model. Despite coal making up the largest part of China’s power consumption, the government has very consciously been shifting away from it, shuttering mines and cutting around 1.3 million jobs in the sector in the past few years. One of the primary motivations behind China’s push for renewable power has been the country’s toxic level of air pollution. As recently as 2016, the World Health Organisation estimated that more than one million people a year – or just over 2,800 people a day – die in China as a result of overexposure to polluted air.

Taking the helm
The geographical balance of renewable investment has shifted. The bulk used to belong to developed nations; Europe in particular. Now the ground has been ceded to developing nations, with China at the helm. In 2017, China invested $132.6bn into renewable energy, accounting for almost 40 percent of the total global clean energy investment, as well as 46 percent of the world’s new installed capacity.

When President Donald Trump pulled out of the Paris climate accord, there were fears that countries that looked to the US for leadership would take a more lax approach to the agreement. The opposite, however, was true: many countries have doubled down on their commitments, with China rushing to cement its position as the global leader in green energy.

“With the US recently becoming more economically insular and withdrawing from the Paris Agreement, China clearly sees an opportunity to dominate in clean energy markets around the world,” Simon Nicholas, Research Analyst at the Institute for Energy Economics and Financial Analysis (IEEFA), told World Finance.

Stellar growth
According to data from the International Renewable Energy Agency, China’s total renewable capacity has been growing at an average rate of just over 15 percent annually for the past decade – almost twice as fast as the global average. Furthermore, China’s growth rates for hydroelectric, solar and wind power have all been between two and three times that of the global average over that same time period.

“Solar power’s rapidly declining cost has driven growth in solar installations worldwide. This can be attributed [in large part] to the big Chinese solar module manufacturers that have ramped up their production capacity,” said Nicholas.

Forecasts suggest that China will take the lion’s share of renewable power capacity growth by 2022. The country will be responsible for 58 percent of global growth in solar capacity, as well as 60 percent of wind growth and 65 percent of hydroelectric.

More than generation
China’s efforts in clean power extend beyond how it is generated, also affecting how it is stored, transferred and used. The country used to lose more than eight percent of its wind and solar power as it was transferred back from energy farms to population centres, but has since taken steps to curtail that loss. These steps include the expansion of transmission networks and the prioritisation of clean energy transfer over conventional power. Between January and October of last year, the loss rate was cut to 5.6 percent.

Energy storage is another area in which China is leading. By 2020, China is projected to have four of the six largest battery factories in the world. The fastest-growing battery factory in the world, Contemporary Amperex Technology, is set to overtake Tesla’s Gigafactory in terms of battery production, despite the latter’s monopoly of media attention.

Japan and South Korea have historically led the battery manufacturing industry, but Chinese companies are being propelled by heavy subsidies and restrictions on foreign competition. Additionally, there have been reports of Korean battery companies being on alert for Chinese firms using high salaries and compensation to poach engineering talent.

China is also home to the world’s largest electric vehicle (EV) market. In 2017, the country produced more EVs than the rest of the world combined. Domestically, Chinese EV firms face little foreign competition as steep tariffs make imports too expensive for a mass market. China is also consolidating control over the supply of raw materials, such as nickel, lithium and cobalt, which are used for the development of batteries and other related technology.

The push for EVs has come about mainly because cars are one of the largest sources of pollution in the country. Allowing Chinese car companies to scale up in an environment unencumbered by foreign competitors will allow them to become strong exporters in the future.

“Going forward, even if your EV isn’t Chinese, its batteries very likely will be, as will the solar panels on your roof that charge it. China is moving into position to dominate clean energy markets worldwide,” said Nicholas.

In December, China launched the world’s largest cap-and-trade system, in which companies will have to pay for the right to release greenhouse gases. Under a cap-and-trade system, companies will have a cap on emissions, and can sell their unused capacity to other companies that need to exceed their cap. This system provides not just a regulatory penalty to exceeding the limit, but a positive financial incentive to minimise emissions.

In the past, renewable energy targets were typically only related to power generation, but China is now in the process of establishing quotas for green energy consumption as well. This is aimed at solving the problem of curtailment. Provincial power grids will be required to consume a minimum level of renewable energy or be penalised. This is likely to encourage grid networks and provincial governments to take steps to make energy transfer more efficient and reduce curtailment.

Some speed bumps remain, however, that may impede the speed of China’s continuing renewable growth. The cost of obtaining capital for renewable projects remains higher than traditional energy projects by about 20 to 30 percent.

Private companies are especially disadvantaged, as state-owned companies are regarded as being more trustworthy by banks, and are therefore given unsecured loans. Private companies, on the other hand, typically have to put up factories or other real estate as collateral. Risk and reward calculations are also more difficult for banks to make, as renewables are a relatively new asset class. Financing for projects in Northern and Western China can also be tricky, as inefficient energy transfer infrastructure leads to the curtailment of energy by the time it reaches the power grids in other parts of the country.

Restructure and expansion
Last year, the Chinese Government began restructuring many state-owned power companies. This was done in order to create companies with more diversified asset bases that could move them away from coal. For example, the China Energy Investment Corporation (CEIC) was created when Shenhua Group – China’s largest coal mining company – was merged with China Guodian, one of the country’s five largest utility companies. With an installed capacity of 225GW, CEIC is now the world’s largest power company.

The merger means that Shenhua’s resources can increasingly be redirected towards renewable technology. This is possible because having Guodian’s renewable assets at its disposal means it would no longer be entirely reliant on coal. Up to 90 percent of Shenhua’s generation capacity came from coal, whereas CEIC will generate close to a quarter of its power from renewables.

In addition to being aggressive in its domestic clean power growth, China is also a major patron of overseas renewable projects. According to the IEEFA, Chinese investment into large clean energy projects abroad (defined as exceeding $1bn), amounted to $44bn in 2017. This represents a 37 percent increase from 2016, which was also a record year. Projects abroad receive substantial support from multiple institutions, including the Export-Import Bank of China and the Asian Infrastructure Investment Bank, in which China has tremendous influence and will subsequently aid China’s Belt and Road Initiative.

“Some companies, such as hydropower manufacturers, have seen domestic opportunities dry up and are looking overseas for projects. Chinese solar module and wind turbine manufacturers naturally see opportunity overseas as the declining cost of the technology drives renewable installation globally,” said Nicholas. He added that support from the Chinese Government means companies can focus on gaining a share of foreign markets without profit being an immediate concern – a luxury that international competitors do not generally have.

China’s drive towards renewable energy is not simply an effort to combat climate change or to reduce pollution. There are strong geopolitical advantages to leading in this field, just as the history of oil and other hydrocarbons has consistently had a strong correlation with regional power dynamics. The strongest players in energy markets have always had outsized economic and political influence. The continuing fall in the price of solar power, which is set to decrease by a further 60 percent over the coming decade, will
only extend China’s lead.

The planet’s power supply has long been dominated by fossil fuels. It seems inevitable, however, that eventually the majority – and then all – of the world’s power will come from renewable sources. When that time comes, the economies that lead new energy markets will be in a position of power. China’s titanic effort to develop renewable energy is therefore an investment not just in public health or symbolic environmental leadership, but also in its future geopolitical and economic prominence.