G20 urges US to stop pussyfooting over IMF reforms

Finance chiefs from the group of leading economies have told the US that they must ratify long-proposed IMF reforms by the end of the year, or the other members will move forward without them 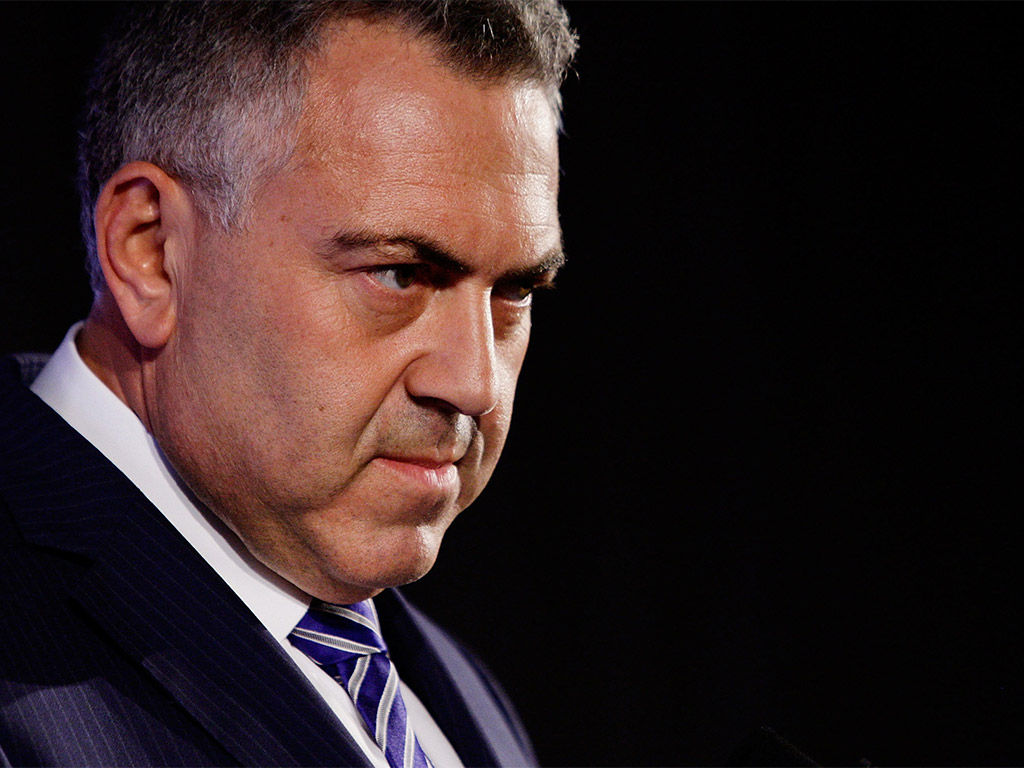 Speaking to reporters at a preliminary meeting, Treasurer of Australia, Joe Hockey, said that the US needed to implement IMF reforms "as a matter of urgency"
Government policy
Author: Rhys Thomas

The future of the IMF hangs in the balance as the package of reforms, agreed in 2010 and already ratified by most countries in the group, could be torn apart if the US does not push the bill through Congress. The changes are aimed at making the institution friendlier to emerging economies and giving it more power – under the current package the IMF’s resources would be doubled to around $739bn. The BRICS would receive more voting power also, to reflect the changing shape of the global economy.

The G20 ministers are believed to be “deeply disappointed” with the US delay. Australian Treasurer Joe Hockey, speaking to reporters at the preliminary meeting in Brisbane, stressed the importance of the reforms, saying “I take this opportunity to urge the United States to implement these reforms as a matter of urgency”. The formal meeting of world leaders at the G20 summit will take place in November.

So far Congress has been bullish about the reforms, with some Republicans saying the changes would cost too much at a difficult time for the US economy. This, coupled with growing isolationist sentiment in the party, has hampered the progress of the package. If the measures are not agreed on by the end of this year, the rest of the G20 have now said they will approach the IMF to find the next steps in the process.

Speaking to Reuters, an anonymous official who has been taking part in the talks says that the package is now at a “dead end”. “If you pull the 2010 package apart, you will have to start anew”, he said, expressing that no member state wanted to repeat the process.

US Treasury Secretary Jack Lew has said that the US government was committed to pushing the reforms through Congress this year. Meanwhile, Christine Lagarde, Managing Director of the IMF, has said it is still too early to think about other options. “Plan A is going to be explored to the end and in depth and if that doesn’t work, we’ll worry about plan B, but it’s premature”, she said. It is hard to see how any reforms would go ahead without US approval, however, given the size of the nation’s economy and the power they hold at the IMF.

The timing of the deadline puts it beyond US midterm elections, which both the G20 and the IMF believes will make the package easier to pass through Congress. A major reshuffle in the House of Representatives, the lower house of Congress, could break a Republican majority and make it easier for the reforms to come to fruition.

There are now concerns that the delay could undermine the IMF – while the US lags behind, regional funds like the Asian Development Bank are seeing an upswing in activity and fund levels. Although these regional institutions are on a much smaller scale than the IMF, the cumulative effect of all of them working at once could seriously damage the future of the fund.

Last week’s statement comes as positive sentiment towards US involvement in the IMF remains at an all-time low. The anonymous official said that the group was hopeful that the deadlock in Congress would be resolved by the end of the year. However, he also showed frustration at the level of the country’s power in the IMF, asking why “at a time when the world has become multi-polar, why should one country should have the veto power?”

This echoes a statement made to the IMF’s steering committee from Brazil’s Finance Minister, Guido Mantega, who argued that the organisation simply could not “remain paralysed and postpone its commitments to reform” because of the US. “Alternatives to move forward with the reforms must be found while the major shareholder does not solve its political problems”, he said. Mantega argued that the reforms would only require a 70 percent majority to be enacted under IMF rules – a figure that has already been obtained by the fund.

Meanwhile, French Finance Minister Michel Sapin has also spoken out about the “frustration” of emerging markets in the group at the lack of progress from the US. The now four-year wait for changes to the IMF has been tough on emerging economies like Brazil, who use aid from the institution to further stimulate economic growth. Proposed changes to the IMF’s emergency borrowing mechanism could help these countries and may go ahead, with or without US approval.