The legal practices behind PPP in China

Public-private partnerships are growing in popularity in China, but the country currently does not have the legislation necessary to fully support them 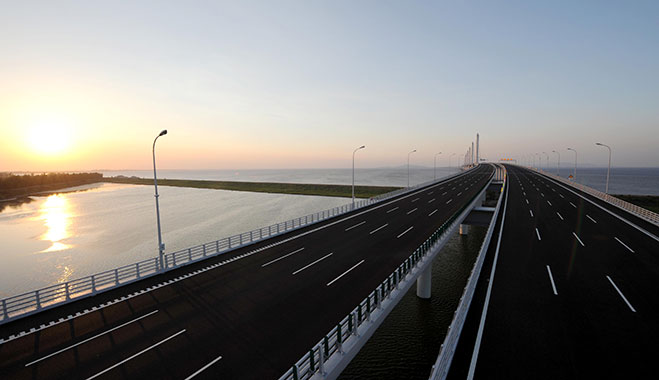 On October 24, 2014 the Chinese Prime Minister of the State Council, Li Keqiang, opened the State Council executive meeting on innovation in the investment and financing of key areas in the Chinese economy. The meeting stated that financing facilities should be vigorously innovated and that public-private partnerships (PPPs) should be actively promoted, opening the door to social capital –especially private capital – in more areas. This meeting demonstrated the attitude of the Chinese Government in developing and promoting PPPs.

According to data from the Ministry of Finance, up until February 29, 2016 there have been 7,110 PPP projects recorded on the PPP Comprehensive Information Platform in China, with a total investment value of CNY 8.3trn ($1.3trn). These investments cover numerous sectors, including energy, transportation, hydraulic construction, ecological construction and environmental protection, municipal engineering, area development, agriculture, forestry, science and technology, affordable housing projects, tourism, medical care and sanitation, education, cultures, social insurance, and governmental infrastructure.

Around 91 percent of these funds – a total value of CNY 7.6trn ($1.1trn) – has been invested into newly built PPP projects, while only CNY 730bn ($112bn), or nine percent, was invested in existing PPP projects. 78 percent of ventures (5,542 projects) are in the recognition stage, while only five percent (351 projects) are at the execution stage. This indicates the huge need for PPP investment, but shows that very few have received financing. Social capital investors are showing both enthusiasm and despair at the slow pace of PPP projects’ development.

PPP is not a concept born in China, and there is no fixed definition in the language. The specific meaning of PPP tends to be decided on a case-by-case basis

New regluations
PPP is not a concept born in China, and there is no fixed definition in the language. The specific meaning of PPP tends to be decided on a case-by-case basis. Despite this, in China it is summarised into three factors: partnership, interests-sharing relationship, and risk-sharing relationship.

In 2014 and 2015, the Ministry of Finance and the National Development and Reform Commission announced a series of pilot PPP projects, and actively encouraged private sector participation. Subsequently, local governments announced their own PPP projects to stimulate the development of their local economies.

If the purpose of doing business is to make a profit and not a loss, in a business deal each party should bear in mind that risks exist in every situation, and negligence for such risks may result in substantial loss. In a PPP project, loan security is the most common concern. Lenders rely on two factors: first, reimbursement ability, and second, the method of guarantee. The lenders usually believe that if the local government is responsible for reimbursement, the project is safe, as it is effectively underwritten by the government. However, just the opposite might be the case: for various reasons, such as the capaciousness of government, uncertainty of local budgets and the unreasonableness of the adjustment mechanism, contracts are frequently breached by local governments, causing serious loss to funders.

In a typical PPP project, the funders usually require the project company to provide a mortgage secured against its assets. Alternatively, its parent company could provide a guarantee, or the local government could make a commitment as a guarantor. Even so, there exists the risk that such a guarantee may not be realised due to the nature of PPP project. For example, on a mortgage on assets, PPP projects are usually applied to infrastructure and public services. The fundamental nature of these is to satisfy the needs of the public and therefore the project is unlikely to change its terms of use. However, poor liquidity and low level commercialisation can have a dramatic effect on the terms of the mortgage as well.

The funder needs to confirm with the local government that the social capital and project company is entitled to set the above guarantee on these assets, and that the local government is fully aware of and accepts the results and consequences of exercising the guarantee. Under many circumstances, the legal consequence of exercising the guarantee are in contradiction with the administrative obligation and, indeed, public responsibility undertaken by the government, and this may inhibit the funder’s ability to exercise its rights as a creditor.

Problems and solutions
A major issue with PPP projects is the potential imbalance in the rights and obligations of local governments and private investors.

At the early stages of recognition, preparation and purchase, the public authority is always in charge of the whole project, often leaving very limited choice and rights for the private investors. Typically, the financing parties only come on board in the secondary execution stage and, indeed, many private investors are indifferent before this stage. This imbalance can mean that the over-powerful public authority could damage the whole project.

A solution is to encourage funders who are interested in PPP to actively participate at an early stage in the communication and scoping of the projects, thereby providing key opinions on the availability of the private funding. This would form a solid basis for the decision-making of the funders and on whether they sign the financing contract at the execution stage.

A second problem is that, although it makes sense that payment by a public sector authority is the most reliable form of income for project companies, in the eyes of the funders, it is treated as a loan with the least ‘political’ risk. However, there is another issue in practice: because of the wide range of government power, it is common that public sector authorities violate the contract, sometimes in quite unforeseeable and sudden ways that can be categorised as ‘non-market elements’.

As it is frequently difficult for private investors to stand against the power and activities of public authorities, funders should focus on whether there is a steady cash flow to maintain both the operational cost and debt servicing when analysing the early stage project, rather than looking merely at the payment terms.

The third problem, which indicates the imbalance between the public authorities and private investors, is the absence of a sole project clause. The best example of this is the Hangzhou Bay Cross-Sea Bridge project, which was valued at CNY 10bn ($1.54bn) and was one of the most important state-level transportation financing projects at the time. The project attracted 17 private investors, and was purchased back at 80 percent of the project capital value by the public sector authority only five years after its completion.

To illustrate another issue, in July of the same year, another cross-sea bridge came into use on the same site, with a third cross-sea tunnel completed one year later, which further divided the traffic stream, and thus the projected project revenue. This caused severe benefit conflicts between the contractual PPP project and publically planned projects, and led to the factual failure of the entire PPP project.

While improper government planning of the other two projects contributed to this failure, the real reason was the lack of a sole project clause in the contract. This oversight left the public sector authorities free of any liability for their behaviour, and of the consequence of violation of the initial PPP contract.

Fortunately, there are now regulations in place that can assist with these issues, such as Article 21 of the Franchise Operation and Management Solutions of Fundamental Infrastructure and Public Facilities, as well as Article 5, Section 13 of the PPP Project Contract Guidance (Trial) published by the Ministry of Finance. In addition, the private sector can use the provisions of the contract to consolidate the sole project clause by, for example, providing breach of contract liabilities and other remedy mechanisms in the PPP contracts. Private investors should also physically pre-research the site in question to avoid any possibility that there will be any competitive project within, say, 50km of the target area.

Finally, there is an inherent conflict between PPP and the current legal system in China. On the one hand, it is a fact that there are no legislations specifically regulating PPP. However, some of the principles of PPP have been incorporated in the Government Purchase Law, Tendering and Bidding Law and even the Contract Law of China.

On the other hand, although there is considerable ministerial-level legislation in China at the moment – as set out above – it is obvious that the public authorities have been paying increasing attention to PPP since late 2014. This is demonstrated by the fact that in 2015 alone, there have been more than 10 ministerial regulations published.

We are firmly convinced that in the coming few years, the absence of national legislation would be properly addressed, and PPP projects will flourish in China.

Lianggang Wang is Senior Partner at Yingke Law Firm and the Director of the Yingke PPP Legal Issues Research Centre. Baozhong Du is Senior Legal Counsel at Yingke. Xuan Li is a trainee lawyer at Yingke.