Going into default is a nightmare for any country – one most recently endured by Argentina, in July. Compared to some previous cases, however, the South American state got off lightly. The past is full of more damaging examples 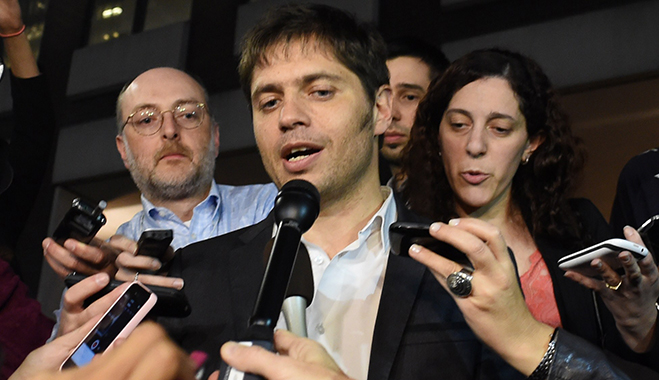 Axel Kicillof, Argentina's Economy Minister, in New York after announcing the country would have to default on its debt last month. Although Argentina's debt seems bad, other parts of the world have experienced equally disastrous economic occurances
Government policy | Infrastructure
Author: Oscar Rousseau

Argentina moved into effective default on Wednesday 20 July after failing to reach an agreement over outstanding debt. It is now playing the blame game with the US and threatening to take the matter to The Hague.

The country defaulted on its sovereign debt, after vulture fund investors demanded a full payout of bonds they’re owed. Before the announcement in July, a ministerial delegation from Argentina flew to New York to broker a deal and, at the time, people took this as a positive sign that both parties were in dialogue. But Argentina told bondholders – led by NML Capital – that they could not afford to pay the $1.3bn sum and accused investors of exploiting their debt problems to make a profit.

The overall damage this latest default will have on Argentina remains unclear. If there is any silver lining, it’s that the country has dealt with such problems in the past, having previously defaulted in 2001-2002.

This latest $1.3bn default, however, is breadcrumbs in comparison to past economic meltdowns elsewhere in the world. The global economy has a long track record of nations defaulting on debt. Allegedly, Greece was the first in 377BC, while Spain has defaulted more times than any other: six times in the 1700s and seven times in the 1800s, but fortunately, not once since then. One of the biggest historical sovereign defaults includes the cataclysmic collapse of Icelandic banks that led to a far-reaching recession. Here are some of the most significant and damaging defaults in history, starting over 150 years ago in the US.

1. US, 1840s
It wasn’t one of the biggest meltdowns, but it is a fascinating example of what happens when a country defaults within a single currency. The US had only just recovered from the ‘Panic of 1837’, only for 19 of its 26 states to default in the early 1840s. The default was fuelled by what now seems a rather archaic practice, canal building. A canal-building boom caused vast debts of $80m to pile up, after a surge in infrastructure projects and a race to raise capital to open new banks.

Creditors could not use military force and were reluctant to impose trade sanctions to retrieve lost capital. Among the 19 states that went into default, Illinois, Pennsylvania and the territory of Florida – it didn’t become a state until 1845 – were included. By the end of the 1840s the debt had been largely paid off, despite the fact that no direct sanctions were enacted. This goes some way towards disproving the popular belief regarding the effectiveness of trade sanctions on debt repayment.

2. Mexico, 1994
The Peso Crisis was sparked by the government’s unexpected devaluation of the peso against the US dollar by 15 percent. The president at the time, Ernesto Zedillo, said after his inauguration speech that the peso would not have its value lowered. A week later the peso’s value was lowered. The devaluation fuelled a flight of foreign investors who rapidly withdrew capital and sold shares, as the Mexican Stock Exchange nosedived. The central bank had to repay tesobonos – a peso-dominated bond – by buying US dollars with a much-devalued currency and was staring sovereign default in the face. Neighbouring economies were noticeably weakened too. The impact it had on the Southern Cone and Brazil became known as the ‘Tequila Effect’.

Mexico’s GDP fell by five percent during the crisis and it was only rescued by a collection of loans totalling $80bn. Bailout funds came from the IMF, Canada, a host of Latin American countries and, notably, a $50bn loan granted by the-then US President Bill Clinton. It saved Mexico, and much of Latin America, from what could have been an even greater financial crisis.

3. Russia, 1998
International economies were on the brink of catching the flu after the Russian government and the Central Bank of Russia (CBR) devalued the currency, defaulting on massive debt reserves. After six years of reform and economic stabilisation, the CBR recorded Russia’s first positive growth since the fall of the Soviet Union.

Yet Russia was forced to default on its debt after the CBR defended the ruble in capital markets, losing $5bn in foreign reserves. The stock market had to be completely shut down for 35 minutes as shares fell at an unprecedented rate in Russia. The international effects of the meltdown – colloquially known as the Russian Flu – were widespread and affected markets in the US as well as Asian, Baltic and European countries.

It was later revealed that $5bn in loans, provided by the World Bank and the IMF, were stolen upon the eve of the financial crisis, according to the World Bank. Drawing positives from the Russian economic crash is hard. What the crisis did teach Europe was how to manage contagion, a lesson that would prove to be invaluable in the future.

4. Iceland, 2008
Iceland has a population of around 320,000 but still managed to cause one of the biggest financial crashes in history. The Nordic state defaulted on more than $85bn in debt after three of its largest banks – Glitnir, Kaupthing and Landsbanki – collapsed in close succession after struggling to pay off short-term debts. This caused the government to resign, robbed over 50,000 citizens of their life savings and destabilised international economies.

Iceland’s crash has been linked to everything from neoliberal principles and reckless bankers to inadequate regulation of the financial sector. Regardless of what caused the collapse, an environment was created which allowed private banks to grow so fast that they quickly amassed more debt than they could handle.

Instead of bailing out the banks using taxpayer funds – like the US did – Iceland chose to cut the fat and let them go into default. Economists like Joseph Stiglitz have said that allowing the banks to take the hit was the right option. This hypothesis was proved right in 2013 as Iceland’s GDP grew by three percent.

5. Greece, 2012
Greece adopted the euro in 2001 but the economy was in an unsustainable state long before this. Between 1997 and 2007, wages for public sector employees rose by 50 percent and the government incurred massive debts funding the 2004 Athens Olympics, which cost €9bn according to Bloomberg Businessweek.

By 2012 the country was knee-deep in the biggest sovereign debt-restructure in history – Argentina previously held the record for their $94bn debt crisis in 2001. The default in Greece came after two years of economic hardship, influenced by the global recession in 2008 and high debt-to-GPD levels. The country only represents 2.5 percent of the EU economy and the crisis posed little threat to the financial stability of Europe. Nevertheless, it had international ramifications as it neutered short-term growth across the continent and kept the euro weak against the US dollar.

In March 2012, a deal was struck between Greece and the holders of government bonds. Reluctantly, bondholders agreed to trade in their old bonds for ones with a longer maturity and half the original value. The deal allowed Greece to chisel off a sizeable chunk of its €350bn debt but it’s not out of the woods yet. EU finance ministers have given the country until 2016 to reduce its deficit – a condition that was agreed upon when bailout loans were first issued.