Will new anti-money laundering legislation be a help or hindrance?

The sanctions and anti-money laundering bill is progressing towards passing as law, but will it protect the UK’s economy or make an already-complicated system harder to negotiate? 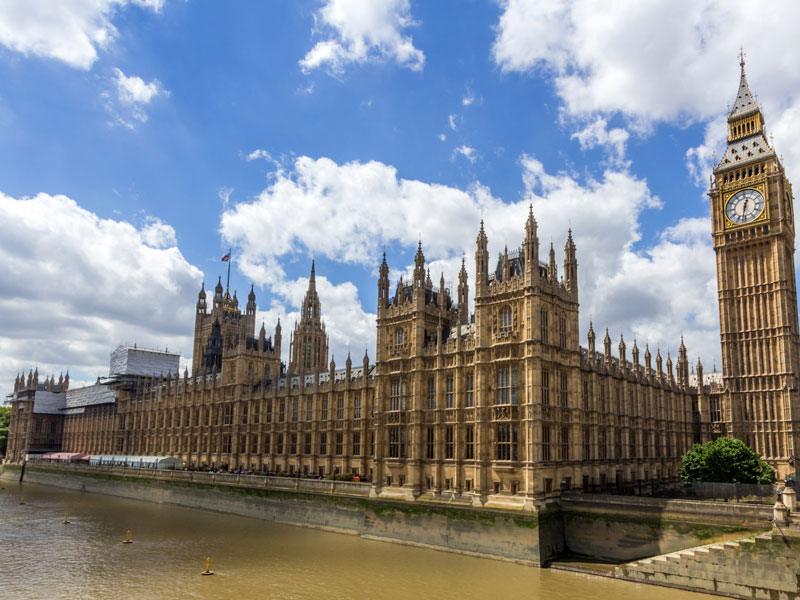 The bill will be reviewed in UK parliament before being passed. Regardless of the outcome, it represents the government's increasing focus on regulating the private sector
Government policy | Infrastructure
Author: Anna Bradshaw, Partner at Peters & Peters

The sanctions and anti-money laundering bill sets out the framework by which UK anti-money laundering measures would be governed post-Brexit. When presented to parliament on October 19, 2017 the bill was described as a purely technical piece of legislation, a necessary step to put the government in a position to honour its international commitments and safeguard a broad range of national interests.

But if adopted as proposed, the bill would have significant implications for the regulation of the UK’s financial and professional services, as well as for the general conduct of business in the UK, both directly and indirectly.

The bill could dramatically increase the compliance burden currently imposed on the private sector by existing sanctions and anti-money laundering legislation, and create further uncertainty in already-grey areas. It would also substantially water down conventional methods of preventing the inappropriate use of executive power.

The threat money laundering poses to the stability of the UK economy and its status as an international financial centre is clear from the government’s most recent national risk assessment, published in the wake of the bill. The risk posed by large-scale money laundering through UK businesses is substantial, with laundering through capital markets on the increase. The authorities are cracking down on such criminal action, as demonstrated by the £163m ($218m) fine imposed on Deutsche Bank in January 2017, the largest money laundering fine levied by the Financial Conduct Authority to date.

A number of recent initiatives, notably the Criminal Finances Act 2017, have strengthened both the criminal and civil asset recovery powers available to UK law enforcement. The bill complements these efforts, addressing the parallel preventative regime which is designed to stop criminal property from passing through the financial system. These obligations are currently carried out on an EU-wide basis in the EU money laundering directive; further amendments are expected to be made before the UK leaves the EU.

Compliance is complicated
The proposals in the bill that deal specifically with money laundering and terrorist financing would allow ministers to define the scope of their preventive obligations, which include conducting risk assessments, taking prescribed measures in relation to customers and maintaining registers and records. They would also be able to dictate the mechanisms for their enforcement. Ministers would be free to extend these obligations beyond the private sector, as well as being permitted to deal with activities undertaken outside the UK by British citizens.

The purpose of these broad powers is not limited to combating money laundering and terrorist financing, but includes any other threats to the integrity of the international financial system.

While it is notoriously difficult to assess the effectiveness of measures adopted to prevent money laundering and terrorist financing, the effectiveness of financial and trade sanctions can be more readily demonstrated, provided they are carefully calibrated so as to limit collateral effects. The key to their success is their scope: an asset freeze, for example, prevents third parties from conferring any further value on the person in question.

Sanctions have broad extraterritorial reach and can be breached directly or indirectly, as well as through knowing participation in activities which, whilst formally compliant, aim to circumvent restrictions. Finally, the obligation to comply with sanctions is not confined to particular segments of the private sector, but applies to everyone. When coupled with the swiftness with which sanctions can be amended, compliance becomes a devilishly complex – and costly – exercise.

The advantage of the proposed approach is flexibility, which may well be required in order to respond to global political developments

A flexible framework
Under the framework proposed by the bill, financial and trade sanctions would continue to be largely governed by regime-specific regulations. Powers to adopt sanctions would, however, be broadened beyond the government’s current powers. Ministers would be free to adopt financial and trade sanctions of any form, for a broad range of purposes, and they themselves would determine the circumstances in which unsanctioned activities might be licenced, and on what grounds. They would decide what information provision requirements apply to whom, and the penalties for non-compliance, subject only to an upper limit of ten years for any criminal penalty.

The advantage of the proposed approach is flexibility, which may well be required in order to respond to global political developments as well as local threats to national interests. The importance of sanctions and measures to prevent money laundering should not, however, detract from the importance of safeguards ensuring sanctions aren’t abused and that the compliance burden assumed by the private sector is proportionate.

Although it remains to be seen whether the bill will survive parliamentary scrutiny in its present form, it is clear that we can expect to see a greater appetite for adopting sanctions and imposing preventative obligations on the private sector from the UK Government. We can also expect an increase in activity that aims to preserve the perceived integrity of the UK’s capital markets. Anyone doing business in or with the UK should brace for further changes to the prevention of financial crime in the UK.