Is cancelling debt the right thing to do?

Debt forgiveness, something of a taboo in the previous decade, is now being discussed more frequently, courtesy of the pandemic and climate change 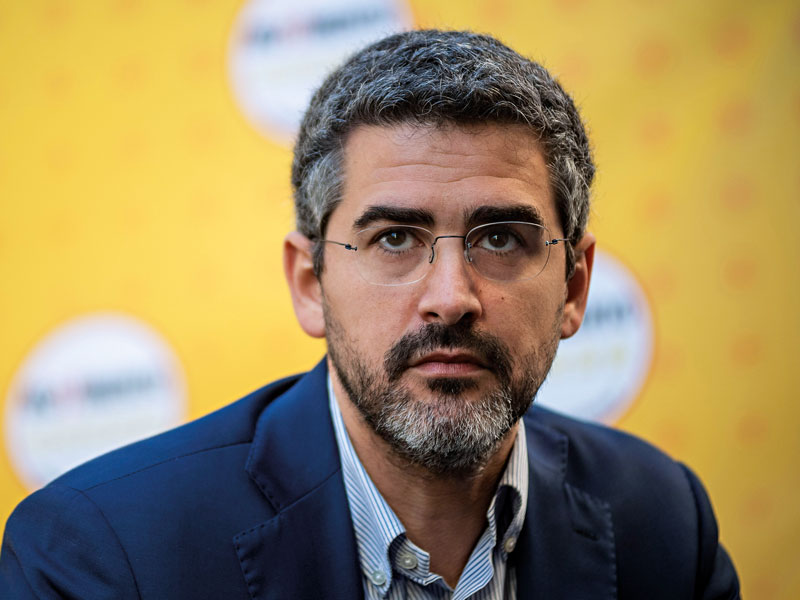 Just a few years ago, the idea would send shivers through the market. Raising the debt ceiling prescribed by the Stability and Growth Pact, a set of rules governing the eurozone, from 60 percent to 100 percent of GDP would spark a new round of questions over the solvency of highly indebted countries such as Greece and Italy. And yet, it came from the most unlikely source: the European Stability Mechanism, an institution tasked with supporting eurozone members under financial distress.

Faced with a pandemic that sent debt levels to unprecedented heights, the eurozone has launched a consultation process to revise rules hitherto seen as sacrosanct, particularly among fiscally frugal northern members. However, the idea of overhauling the debt ceiling still faces an uphill task to be adopted. “It’s a politically ‘feel-good’ measure, but it would change neither the existing level of debt nor the fact that interest rates have to remain low for it to be sustainable,” said Rui Soares, an investment analyst at FAM Frankfurt Asset Management.

Europe’s debt conundrum
Eurozone budget rules were suspended during the pandemic to offer governments some leeway to deal with the impact of lockdowns, but will come back into force in 2023. However, the crisis has brought even more radical ideas to the table. In November 2020, Riccardo Fraccaro, an aide to the then Italian Prime Minister Giuseppe Conte, suggested that the European Central Bank (ECB) should cancel government bonds it bought during the pandemic, effectively writing off a large chunk of sovereign debt. The idea was picked up by a group of prominent economists and politicians who argued in an article published by Euractiv that debt forgiveness of ECB-held sovereign debt would provide fiscal space for a quick and green-orientated recovery. “The post-Covid era must not be a return to what was ‘normal’ before the crisis, but a profound transformation that the current stimulus programmes do not guarantee,” Jézabel Couppey-Soubeyran, an economist at Panthéon-Sorbonne University and one of the article’s signatories, told World Finance.

Proponents of debt cancellation invoke the massive bailouts of private banks during the global financial crisis in the early 2010s as a precedent that justifies a sovereign debt write-off of similar magnitude. However, it is another crisis that still haunts European policymakers. Those who still remember the long saga of Greece’s near default in 2015 fear that opening up such a politically fraught debate would be a distraction from Europe’s more acute problems. When ECB President Christine Lagarde was asked about the prospect of debt forgiveness, she starkly dismissed it as a violation of EU treaties: “I don’t even ask myself the question – it’s as simple as that,” she said. Many analysts also note that investors are more worried about historically high levels of private debt, with highly indebted ‘zombie companies’ becoming increasingly vulnerable after the end of pandemic relief programmes. “The problem is not public debt, but high levels of private debt,” Soares said. “Even if you restructure public debt, you can’t normalise monetary policy. If interest rates were to increase significantly, many private borrowers would collapse.”

One reason why debt forgiveness remains controversial is the risk of moral hazard. Europe’s fiscal hawks fear that it would incentivise debt-addicted countries such as Italy, whose public debt surpassed 154 percent of its GDP in 2021, to keep borrowing without implementing necessary reforms. “You have some pressure for the system to reform, which is better to do without debt restructuring. You see it in Greece, Spain and Portugal, whose economies are structurally on a better footing compared to 2010,” Soares said.

Even if you restructure public debt, you can’t normalise monetary policy. If interest rates were to increase significantly, many private borrowers would collapse

At the centre of the debate is the key tool of central banks in tackling growing debt levels: quantitative easing (QE). During the pandemic, the ECB launched a €1.85trn bond-buying programme that is due to expire in March. Its critics argue that QE is a form of indirect financial assistance to states that creates social tensions, as it benefits rich asset holders and causes asset price bubbles. Debt cancellation would help governments increase public investment and allow central banks to taper off QE harmlessly, according to Couppey-Soubeyran. Sceptics retort that extreme times require extreme measures. “The solution is quantitative easing at infinity – keep low interest rates forever,” Soares said, adding: “What is ‘back to normal’? Why wouldn’t the ECB be able to keep quantitative easing forever? Japan’s had quantitative easing for over 25 years and is not going back to the so-called normal.”

Another line of criticism of debt cancellation focuses on its practicality. In an article published last March, several prominent French economists argued that cancelling sovereign debt would be a form of accounting gimmickry that would change little, since it would cancel sovereign bonds already held by national central banks. Governments, they argued, should instead gain fiscal room by taxing high-net-worth citizens and multinationals. “If you were one of the wealthiest people in Europe, you would be happy to see that policymakers want to cancel debt, rather than tax you,” said Anne-Laure Delatte, an economist and researcher at Paris Dauphine University.

America’s student debt crisis
In the US, the pandemic has added a new twist to a debate that has been raging for several decades: what to do with the over $1.7trn of student loans owed by 43 million Americans. The Biden Administration has approved over $9.5bn of student loan relief, allowing borrowers to skip payments, accrued interest and default for approximately two years, with payments expected to restart in February. However, critics claim that this does not go far enough. During his campaign, Biden supported the idea of student loan forgiveness, but so far he has resisted calls from leftwing Democrats to cancel student debt up to $50,000, stating that he will only support cancellation of loans up to $10,000. Other government officials, including the Secretary of Education Miguel Cardona, have signalled that broader debt forgiveness is still under consideration. Blanket debt forgiveness would be counterproductive, according to Sandy Baum, a senior fellow at the Washington DC-based Centre on Education Data and Policy and author of a book on student debt: “Borrowers with high levels of education generally worked remotely through the pandemic. They are not the people who are struggling economically now. Most borrowers can and should repay the money the federal government gave them to help finance their educational expenditures.”

What makes student debt a political hot potato is its correlation with another issue dominating US politics over the last two years: race. African American graduates owe on average $25,000 more than their white counterparts. “The burden is disproportionately borne by borrowers of colour, especially women who are paid less for the same work and frequently have to drop out of the workforce to provide care. The Biden Administration has also given up on offering free community college in its ‘Build Back Better’ agenda, which could potentially halve the cost of a college degree,” said Elizabeth Shermer, an academic at Loyola University Chicago and author of Indentured Students: How Government-Guaranteed Loans Left Generations Drowning in College Debt.

A tool to tackle climate change
Strangely enough, the pandemic is putting to rest the idea that rising public debt is a problem that has to be addressed at all costs. Many hope that higher inflation will slowly kill it off, as happened with massive levels of debt following WWII. The healthcare crisis has also rekindled the debate on whether there is a specific debt/GDP ratio over which public debt is not sustainable. Although this was assumed to linger around 120 percent during the European sovereign debt crisis, many economists point to massive increases of public debt during the pandemic as proof that chasing specific debt targets is a chimera. At the height of the pandemic last year, eurozone government debt ballooned from an average of 86 percent to close to 100 percent of GDP (see Fig 1); France’s debt is approaching the 120 percent threshold, while even traditionally fiscally prudent countries such as the UK have come close to surpassing 100 percent. “Financial markets are short-sighted and have very short-term memories,” said Delatte. “In the past, many countries have quickly recovered from credit events. There is no empirical evidence about the level of debt/GDP ratio above which public debt is not sustainable.” What makes the idea of debt restructuring more appealing to those who were until recently opposed to it is the battle against an enemy deemed more dangerous than COVID-19: climate change. The Brussels-based Bruegel think tank found in a recent study that EU countries will need to sacrifice up to one percent of their annual GDP to meet EU goals to cut carbon emissions, justifying changes in EU rules that would exempt green projects from debt calculations. The bloc is also considering a plan to grant developing countries relief from bilateral debts in reward for green investment, including an initiative to forgive $8.5bn of South African debt on the condition that the country will close most of its coal plants. “The world is not getting back to normal,” said Delatte. “We will need more public spending and investment in green innovation to protect citizens against climate change. So the main risk is not taking up more debt, but not spending enough.”