Various leaks of data over the past years have brought to light a trove of private or concealed financial information, but are invasion of privacy and demonisation of offshore companies absolutely indispensable? 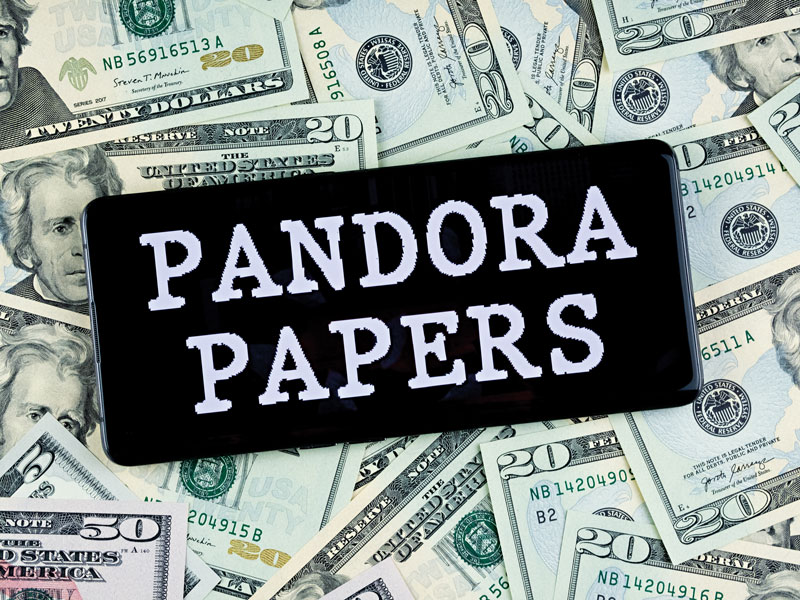 Swiss Leaks, LuxLeaks, Paradise Papers, Panama Papers and now the Pandora Papers: 12 million confidential documents from the archives of firms specialising in the creation of offshore companies in so-called tax havens. The phenomenon of the papers and leaks is in full swing and causing strong reactions among the public and major upheavals among the political class; however, some aspects of this ‘practice’ raise substantial ethical and legal questions.

Tax evasion is illegal and therefore legally and socially unacceptable; it can neither be condoned nor advised. It is obvious that exposing patterns of fraud can be useful for the authorities, in order to know the scale of the problem and the methods used by fraudsters and their advisers, whose names are also exposed.

This allows authorities to undertake all necessary steps to counteract these illegal schemes, whether national, European or international, mainly at the OECD level, where the committee on fiscal affairs is ensuring the urgent implementation of the main base erosion and tax shifting (BEPS) actions in this area. These actions aim to neutralise the effects of hybrid mismatch arrangements, design effective controlled foreign company rules, limit base erosion through interest deductions and establish financial payments and mandatory disclosure rules. While the explanation of fraud schemes may be of educational interest, the publication of the names of the beneficiaries of offshore companies can only be of theoretical interest to the ordinary citizen.

Total (while uncontrolled) disclosure
As previously said, this way to proceed poses many problems on legal, ethical and social levels. It should be emphasised from the outset that the facts are presented to a largely non-specialised public, which has difficulty distinguishing between tax fraud (an illegal practice) and tax avoidance (a perfectly legal practice).

Political statements exacerbate this confusion, such as the recent statement by the Belgian minister of finance: “Avoiding tax through off-shore constructions is fraud.” This statement must of course be tempered.

Tax justice demanded by the public is interpreted in a peculiar way: people do not ask to pay less tax, but rather that others pay more

Subjected to a multitude of media and political statements, and lacking the technical skills to understand the situation properly, the average citizen thus loses sight of another important issue: the fact that they are being very heavily taxed. Thus, curiously, public opprobrium is directed against those who have tried to escape, even legally, from heavy taxation, rather than against governments that constantly increase the tax burden to cover their excessive public spending. In this way, the ‘tax justice’ demanded by the public is interpreted in a peculiar way: people do not ask to pay less tax, but rather that others pay more. This is a curious attitude, since the state’s argument that increasing the tax base (notably by combating tax avoidance) would allow the average citizen to pay less in taxes has never been verified in reality: tax revenues increase over time but taxes never decrease.

An attempt on human rights
On an ethical level, it is unacceptable to put fraudsters and people who use an offshore company in a perfectly legal manner on the same footing. The latter are subjected to an unprecedented attack on their privacy for absolutely no reason, especially since, at the time these documents are revealed to the general public, no one knows whether the beneficiaries of such structures have acted improperly or not. Moreover, while the revelation of such information is always widely publicised, the results of the ensuing investigations are rarely known, so much so that the proportion of fraudsters among those whose private lives have been exposed to the public is unknown.

Some of the practices denounced are common in everyday life. For example, a former political leader was accused of having acquired a company that owned a building, rather than the building itself. This very common transaction is stigmatised on the grounds that the company in question was established in a tax haven, but it has not been argued that if it had been a local company, he would not have made the same saving. After the right to privacy, it is therefore the principle of proportionality that falls victim to the lack of nuance in this way of communicating: starting from the incorrect assumption that the offshore company is an instrument of fraud, it is deduced that anyone who uses an offshore company is necessarily a fraudster and that, in general, the use of offshore companies is to be banned. However, it is also true that a large number of people defraud by means of structures established in their own country, but no one has ever suggested banning their use. To ban (the use of) a tool on the grounds that some people may misuse it makes no sense. Finally, this phenomenon raises important legal issues. The problem of violation of privacy has already been mentioned above. Article 8 of the European Convention on Human Rights proclaims the right of everyone to respect for “their private and family life, their home and their correspondence.” Admittedly, restrictions exist when they are “prescribed by law” and are “necessary in a democratic society.” It is difficult to see, though, how dumping millions of non-anonymised documents on the internet, in bulk and without any prior filtering, could be considered as an attitude prescribed by any law, in a democratic society. Moreover, once published, these documents are subsequently examined by national authorities and serve as a starting point for tax audits, criminal investigations, and sometimes as a basis for tax adjustments and criminal prosecutions.

These documents and the information they contain are, legally, the result of a theft, often in violation of the professional secrecy obligations of their holder, and their disclosure constitutes a violation of the right to privacy and the secrecy of correspondence. It is difficult not to notice the singularity of this approach, which has been frequently validated by the courts, and which consists of fighting, in the name of legality, fraud by means of data illegally obtained by a third party.

The principle thus overrides an exception that is not as exceptional as it should be, and therefore the property and privacy rights of the beneficiary of an offshore company give way to the ‘necessities of a democratic society’ (be it freedom of expression or the duty of the state to prosecute violations of the law), making the publication and use of illegally obtained data legitimate, whether directly or indirectly.

A quest for proportionality and balance
Is this acceptable? Opinions differ on the subject, but it cannot be denied that the use of stolen information by the authorities to achieve their ends is shocking in principle and in most cases, making unfiltered and non-anonymised data public constitutes a disproportionate step with regard to the right to privacy and the presumption of innocence.

In the future, even if this practice should be deemed legally or morally acceptable, the release of such data should at least be regulated to protect the rights of the citizens concerned (many of whom are beyond reproach). In the middle ages, only the names of the convicts were called out and shamed by town criers. These days, the European Court of Human Rights, to the detriment of human rights, considers that states have an obligation to regulate the exercise of freedom of expression to ensure adequate protection of the privacy and reputation of citizens. As for the press, it must assess the repercussions of its publications, which are supposed to generate a ‘debate of general interest.’ While the issue of the use of offshore companies may well be the subject of a general interest debate, it is doubtful that the disclosure of the names of the beneficiaries (especially those whose actions are not of general or even public interest) can be of any interest in the context of such a debate.

This is in fact the whole problem with these leaks: it leads to confusion and very often results in a disproportionate infringement of the rights of beneficiaries. Tax avoidance is equated with tax fraud and the beneficiary of an offshore company with the fraudster, while at the same time, the use of stolen documents appears to be acceptable in order to achieve a ‘higher’ goal, even if nobody knows whether the proportion of fraudsters among the beneficiaries justifies such a breach of the legal rules.

Furthermore, the personal data and assets of thousands of people are subject to uncontrolled publicity, often with disastrous consequences on both personal and economic levels, even though they often have nothing to blame themselves for.

In this highly media-driven context, public and governments often disregard the fact that proportionality is also essential in a democratic society, especially when it comes to reconciling values of equal strength that are on a collision course.