A look at how the Mexican peso is shrugging off global inflation and interest rate pressure, rising against the dollar and euro, while also turbo-charging Mexico’s fast-evolving pension landscape 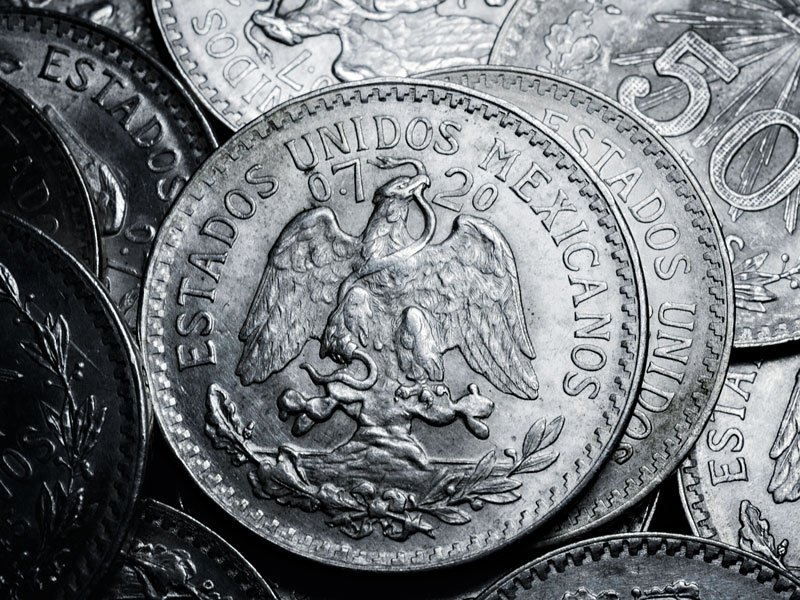 King Dollar dominated the headlines in 2022. The mighty greenback attracted massive ‘risk off’ sentiment, driven by a new war in Europe – the tragic Russia-Ukraine conflict – and a raging inflation crisis. Central banks, almost everywhere, have stepped up interest rates as fast as they dare in response, despite clear recession and stagflation risk. Yet the Mexican Peso has defied the global currency storm, rising above the dollar and euro. “In fact,” explains David Razú Aznar, CEO at Afore XXI Banorte, “the exchange rate has returned to levels close to those prior to Covid.” Then, a dollar bought 24.26 pesos “but by the end of the third quarter of 2022 it had already dropped to 20.07.”

To underline Razú Aznar’s point, not long before World Finance went to press MXN had strengthened again, with a dollar buying almost 20 pesos. This is the consequence of consistent hawkish action from Banxico – 11 consecutive increases by late September 2022 – led by Victoria Rodríguez Ceja, the first woman to run Mexico’s central bank.

But to understand the bigger picture, and to understand just how far the peso has come, we need to roll back to 1994, to the so-called ‘Tequila Crisis.’ This was a current account deficit storm part-caused by short term USD denominated debt instruments called ‘tesobono’. Because Mexican foreign exchange reserves were shrinking the Mexican government introduced short-term debt instruments for investors, which also gave them a measure of devaluation protection. That didn’t stop investors pulling their money out of the country. “In just one day in December 1994,” remembers Razú Aznar, “the Mexican Peso lost 22.27 percent of its value, going from 3.94 to 4.88 pesos per dollar.”

It was just the start. Just a few weeks later one dollar bought seven pesos. “This motivated the reform that would give autonomy to Mexico’s central bank Banxico, prioritising currency stability,” says Razú Aznar. Currency freefall is always terrifying, decimating spending power for workers while wages and public confidence can stagnate. Yet nearly a decade and a half after the 1994 crisis the 2008 global financial seizure hit. The massive financial panic caused by the subprime mortgage loan crisis had major implications for the Mexican exchange rate.

From nadir to investor respect
1976 was a low point for the peso – a crushing devaluation. Since 1954, parity had been fixed at 12.5 pesos per dollar. In September 1976 the federal government established the parity at 19.90 pesos. But a month later the price descended steeply to 27.97 per dollar. This, says Razú Aznar, “was a classic example of the unfortunate macroeconomic and monetary policy that Mexicans are afraid of because although there were early external factors that influenced the outbreak of the crisis, in the end the internal management was the cause.”

Mexico’s foreign public debt escalated from $4.2bn at the end of 1970 – 12 percent of GDP – to $19.6bn by the end of 1976. This was equivalent to 35 percent of GDP – a staggering deterioration. But this was not enough to finance non-stop public spending growth remembers Razú Aznar, “so the government established compulsory credit from Mexican commercial banks, resorting to financing the fiscal deficit from the central bank. All of this caused an increase in inflation until it reached 27.2 percent in 1976. The devaluation was inevitable due to capital flight.”

Despite capital markets nervousness over global recession risk, the difference between monetary management from the Mexican authorities today compared with the past is profound – a night and day difference, in fact. Mexican monetary policy, carefully plotted, has strengthened the peso. Since the middle of 2021, as other national central banks tightened their own money supply, central bank Banxico has upped its reference interest rate, surging from four percent in March to its current level – 9.25 percent. This is the highest level since 2008.

“And this upward cycle of rates implemented since June 2021 is giving results, as has been emphasised the International Monetary Fund (IMF), when stating that the rate increases helped strengthen the credibility of the central bank, prevented inflation from taking hold, and have prevented the Mexican peso from being a source of instability for inflation.”

Given the scale and speed of interest rate rises by the US Federal Reserve, determined to fight the inflationary storm hitting global goods and services, Banxico has maintained the reference rate spread between the US and Mexico, “so rates in our economy remain attractive and the net inflow of capital is controlled to avoid a possible weakening of the peso,” confirms Razú Aznar.

Practically, the upward interest rate cycle, implemented since June 2021, continues to ring-fence the peso’s reputation. Public debt is another challenge President Andrés Manuel López Obrador has taken head on, a crucial undertaking given the pressures on emerging economies emerging from the pandemic. Mexico has come out of the experience in stronger shape than many developed countries.

Public debt realistic and manageable
“The ratio of public debt to GDP,” says Razú Aznar, “currently represents 49.1 percent for Mexico, within which the external debt only contributes 15.9 percent. The weight of external debt has dropped from 19.1 percent in 2020, due to a Ministry of Finance strategy of taking advantage of the country’s financing conditions before the current increase in interest rates across the world.” According to the International Monetary Fund, advanced economies’ gross government debt as a ratio of GDP climbed from 103.9 percent to 123.2 percent between 2019 and 2020 – a huge rise. In late 2022 this ratio is still around 112.4 percent overall. Across emerging and middle-income economies this ratio, in contrast, increased from 54.5 percent to 64.7 percent and remains at 65.1 percent in 2022, overall. “For some countries, such as Brazil, it reaches 88.2 percent today,” points out Razú Aznar.

“In Mexico, this fiscal measure rose from 53.3 percent in 2019 to 60.1 percent in 2020, but was later reduced to 56.8 percent in 2022.” This means meaningful balance of payments safety, in comparison to many other economies that now look increasingly vulnerable to debt over-reach.

Remember, says Razú Aznar, that Mexico is a major crude oil exporter, and that the income of the Mexican federal government depends significantly on this vital resource. “This is why the fiscal performance of the country was remarkable during the pandemic since its price went practically to zero.” But with a major recovery in the crude oil price, the resilience of the peso’s value is further supported.

This has not gone unnoticed by the global credit rating agencies who now increasingly judge Mexico’s credit grading as among the most reliable of all LATAM countries and emerging economies. This confidence boost is crucial reiterates Razú Aznar. “Sovereign risk ratings affects both a country’s financing conditions and are a reference point for debt issuers in the economy.”

Pension power provides stability
Mexico’s retirement fund industry in Mexico, the Afores, has long been the main vehicle for channelling the savings of most Mexicans. A founding administrator of retirement savings in the Mexican pension system, Afore XXI Banorte has been at the heart of the pension system for 25 years. But any change must be sustainable, as well as closely stuck to.

25 years after the start of the defined contribution pension scheme, Afores has now accumulated close to $250bn – about 18.5 percent of Mexico’s total GDP. “This source of financing for national investment is another major factor that works in favour of the country’s macroeconomic stability, reflected in the recent strength of the peso,” Razú Aznar points out.

“An excellent example of this is the role that the Afores have played with domestic sovereign debt. As of October 2022, Banxico reported that non-residents reduced their participation in the sovereign debt market implying a net outflow of 110.2bn pesos ($5.2bn). Nonetheless, the Afores at the same time, have increased their total position by 82.6bn pesos ($4.2bn) in sovereign debt, which is equivalent to 75 percent of the net outflow reported by non-residents. This has somewhat contributed to the strength of the Mexican Peso.”

And such leverage will be increasingly important. In 2020 President Obrador launched a bill to reform Mexico’s pension system. This carefully choreographs gradual increases in the contribution rate from 6.5 percent of wages to 15 percent by 2030. “This will enhance the scope of the Afores as a source of financing for economic activity,” believes Razú Aznar. “It is estimated assets managed by the Afores will reach 56 percent of GDP in 2040, compared to pre-change estimates of 35 percent.”

“We are very pleased,” finishes Razú Aznar, “to contribute responsibly to the macroeconomic stability of the country and, at the same time, to support the proper management of public monetary policy in Mexico.”