Pension plans in Jamaica are changing, with plenty of potential going forward. This has been spearheaded in large part by innovative businesses such as NCB Insurance Company 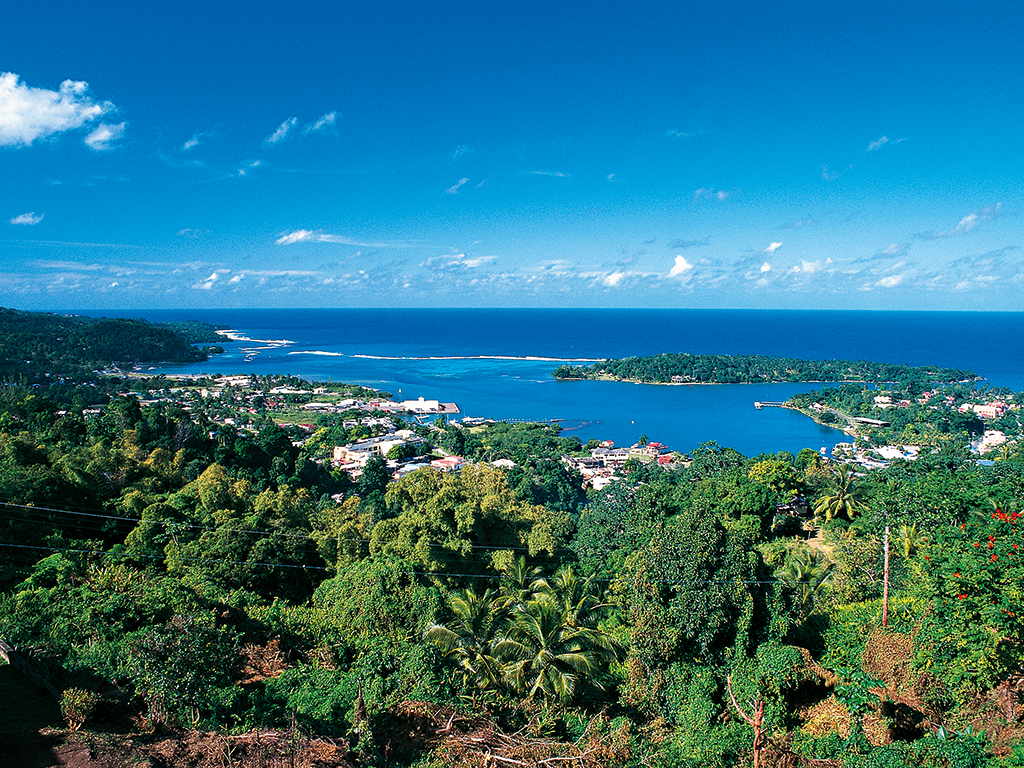 A sharpened focus on Jamaica’s pensions sector has brought with it a wave of improvements, as the government has taken major strides towards implementing a regulatory framework for private pension plans. Beginning with the passage of the Pensions Act, this changed marketplace has created a host of new challenges and opportunities for providers, whose job is poles apart from that of only a few short years ago. World Finance spoke to Vernon James, Managing Director and CEO of NCB Insurance Company, about the pensions landscape and what steps have been taken so far.

The reform of the private pensions sector is in two phases, with the first – pertaining to the passage of the Pensions Act and any related operational, registration, licensing and governance issues – completed, and the second, termed the ‘adequacy stage’ still to address portability and vesting concerns. “Prior to the passage of the Pensions Act”, says James, “the local tax authority, Tax Administration Jamaica, had the sole task of monitoring, regulating and approving pension plans under the Income Tax Act. The Income Tax Act, however, is inadequate when it comes to handling basic issues specific to private pensions, such as management of trustees, benefit payments, complaints, solvency and funding requirements and compliance.” It is in this department, therefore, that the ruling administration will be aiming to rectify some of the underlying issues, and a quick look at the progress made thus far shows that the situation is improving.

“The Pensions Act signalled a sea of changes to the operation of private pension plans in Jamaica. It designated the Financial Services Commission (FSC) as the regulatory body charged with regulatory and supervisory powers”, says James. The Pensions Act also codified many of the common law fiduciary duties owed by trustees and regulated the governance of pension plans, including the requirement that the composition of all boards of trustees include those nominated by the members of the plan and, in certain prescribed circumstances, a trustee nominated by the pensioners. Add to that prescribed prudential and quantitative limits for different classes of investments and the imposition of significant filing requirements, and the changes made so far are clearly worth a look.

Pension potential
Although the reforms have been bold and the scale of ambition admirable, the government has been slow to enact what many call necessary changes to Jamaica’s pension sector. “There have been a number of setbacks in getting phase II legislation before parliament”, says James. Both the FSC and Ministry of Finance and Public Service are working towards bringing a draft bill before parliament in the not-too-distant-future, which is at least a step in the right direction. The FSC has also prepared its recommendations and is currently soliciting feedback from stakeholders in the industry, including the Pension Fund Association of Jamaica, the Caribbean Actuarial Association and the Insurance Association of Jamaica. And while the reforms have faced criticism, namely with respect to the pace at which they’ve been brought forward, there is a tangible sense today that the sector is beginning to change.

“The Pensions Act and Regulations (to cover phase I) were passed only after significant and substantive dialogue and feedback from interest groups in the pension industry, and although all stakeholders did not see eye-to-eye on all issues, the act and regulations that are presently in force represent a solid legislative platform for us to continue to build on”, says James.

According to one report published in 2009 by the OECD and cited by James, entitled Core Principles of Occupational Pension Regulation, the organisation encourages both members and non-members alike to establish, amend or review their pension regulations according to the principles laid out in the paper. Included in the so-called core principles were: conditions for effective regulation and supervision; establishment of pension plans and pension fund managing companies; plan liabilities, funding rules, winding up, and insurance; asset management; rights of members and beneficiaries and adequacy of benefits; governance; and supervision. “To one degree or another, the core principles, are reflected and incorporated in our Pensions Act”, says James.

Room for improvement
“There are, however, a few key areas in which the legal and regulatory landscape for private pension plans can be improved; particularly in the area of reform of the prudential and quantitative limits for investment of plan assets. The manner in which pension assets are invested and the regulation of those investments bear a direct relationship to the success of private pension plans”, says James. “While the current landscape of restrictive investment regulations has as its primary focus the safeguarding of assets of private pension plans it simultaneously fails to create an environment in which those assets can be managed in order to obtain the best returns at an acceptable level of risk. Movement away from regulation based on quantitative criteria to a prudential or prudent person approach will allow pension plans greater flexibility in the investment management process and a better opportunity to leverage higher returns on investments of plan assets.”

In Jamaica, the reform of the private sector remains very much a continuous process, and a failure to do so could affect the adequacy of pension coverage, the adequacy of retirement benefits and the financial sustainability and affordability of pension arrangements on sponsors of private pension plans. Still, there is a sizeable opportunity for pension providers in Jamaica to grow their pension portfolio, given that only nine percent of the employed labour force is covered under a pension plan, says James. The challenge in the main, therefore, is to educate the remaining 91 percent on the importance and relevance of securing their pension benefits, which, if done successfully, could bring a wealth of opportunities their way.

Catering to the community
With the government focused on reforming the sector and providers looking to make good on the country’s untapped potential, focusing first on the financial and social wellness of Jamaicans is paramount. “NCB Insurance Limited (NCBIC) is cognizant of the ways in which our products and programmes cater to the welfare of the communities we serve”, says James.

“This year we launched our ‘I benefitted’ campaign, which showcased some of our customers who, despite tough economic times, made the sacrifice to put aside monies to support the tertiary education needs of their children. These parents shared how Omni Educator, through our special 20 percent grant, assisted in making it possible for their children to successfully complete college and elevate themselves up the social and economic ladder.” This focus on education can be seen on display again in various other company-led initiatives, not least NCBIC’s ProCare and grant giving programmes, as well as their sponsorship of the Junior School Challenge Quiz.

Apart from education, NCBIC has and will continue to engage with a range of corporate social responsibility programmes, which have each highlighted just how far the firm is willing to go to extend its benefits to the wider community. “Additionally as a wider social responsibility mandate, the parent company National Commercial Bank Jamaica Limited (NCB) through its strategic philanthropic arm – NCB Foundation demonstrates its social responsibility embraced by the businesses within the NCB group of companies to build the communities in which it serves”, says James. “Since its formalisation in 2003, NCB Foundation has donated in excess of JMD 1bn ($8.67m) towards several activities and is actively involved in the socio-economic development of the Jamaican society and providing an avenue through which our over 2,700 employees can give back.”

Testament to the group’s success is that this responsible culture coexists with financial solidity and a willingness to bring innovative advances to the Jamaican pension sector. The company’s segregated pension fund management style is perhaps the clearest indication that NCBIC sits at the cutting edge of Jamaica’s pension sector.

“NCBIC currently manages pension funds on a segregated (as opposed to pooled) basis, with investment portfolios being customised to reflect the liability profile of the respective pension funds”, says James.

“This pension investment management methodology offers trustees the flexibility to rebalance the pension asset portfolio and to take full advantage of changing market conditions on a timely basis. Trustees may extend partial or full discretion to NCBIC in this regard. In the segregated pension fund management model, the assets of funds are not co-mingled (with those of any other fund or with the proprietary funds of NCBIC). This allows trustees, guided by relevant regulations, to align the composition of the pension portfolios under their purview to their particular risk appetite.”

In continuing to abide by a series of innovative pension fund management styles and techniques, the company will stay on this same path, which benefits all of its clients. “Three years ago we embarked on new strategic imperatives designed to grow our penetration in the customer base of the NCB Group through product innovation, sales productivity improvement and maximising the use of technology as an enabling force”, says James.

“Through this process we expect to improve our value proposition to our customers and increase the channels of our service delivery. We have already launched one new product and are proud of our progress so far. Over the next year we expect to launch more products and make significant progress in the pursuit of our goals.”