The family offices industry is due to undergo some major changes 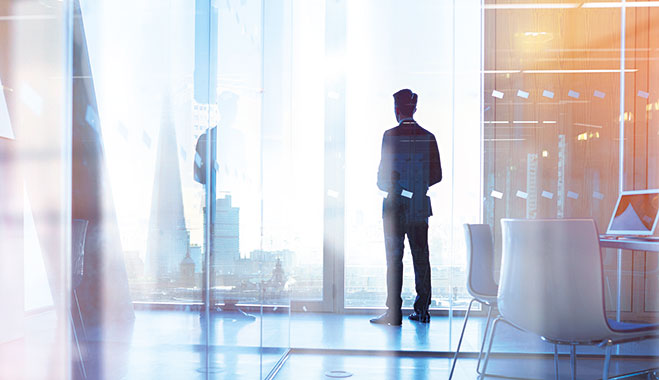 The financial crisis and subsequent global reforms mean that 2016 will see the implementation of critical new legislation, which may cause family offices to relocate
Wealth Management
Author: Rosalyn Breedy, Corporate and Financial Services Lawyer, Wedlake Bell

New international fiscal and enhanced anti-money laundering requirements mean that private family offices have entered 2016 in the spotlight. Although the financial crisis is nearly a decade behind us, the complexity of implementing global financial reform means that 2016 will see the advent of two critical developments that may cause some family offices to consider relocation.

The first development is that, as of January 1, 2016, 50 jurisdictions have implemented new account opening procedures to record tax residence as part of a global reporting standard for the automatic annual exchange of financial account information between relevant tax authorities. This new fiscal disclosure model is built upon the success of the innovative US Foreign Account Tax Compliance Act 2010 (FATCA). The 50 countries involved are committed to information exchange in relation to new accounts and pre-existing individual high value accounts from September 2017.

The second development is that, from April 2016 in the UK, companies will be required to maintain a central register with information on any person with significant control (PSC) over that company. Companies will also be required to file PSC information with Companies House from June 2016, prior to incorporation and annually. This requirement in particular represents the UK implementation of a key provision in the fourth Anti-Money Laundering (AML) EU Directive 2015, which EU member states have two years to implement.

The relevance of this AML directive requirement for family offices is that each member state is now required to set up a central register with information on beneficial ownership of companies and other legal entities. Firms are also required to make such information available to the financial intelligence units of member states and to ‘obliged entities’ (formerly known as ‘designated persons’, and including financial institutions) on request and without restriction.

The comparative ease with which people will be able to access such detailed ownership information will be of concern to family offices, however, particularly as the legislation states that any person or organisation that can prove a legitimate interest in the information should also be granted access.

Changing definitions
In line with the new legislation, the definition of ‘beneficial ownership’ has been widened in a number of ways, and will now include trusts (for example, express trusts that generate a tax consequence in a particular member state), should they require the identity details of the settlor, trustee, protector (if any), beneficiaries or class of beneficiaries and any other person who may have an influence on the trust, to be disclosed. The disclosure rules also apply to foundations and other similar bodies.

For companies and other legal entities, in addition to the 25 percent shareholding interest, disclosure will be required relating to indirect and direct control by other means, including bearer shares other than those issued by a company listed on a regulated market that is subject to equivalent disclosure requirements. However, the UK implementation has gone slightly further: UK companies are required to seek out and report information on PSCs to Companies House from June 30.

The role of corporations
Governments have worked hard to successfully restructure since the financial crisis, but political appetites to cut public spending have been curtailed by weak economic recoveries. This has encouraged governments to seek alternative sources of finance.

In seeking to boost tax revenues, a government would usually turn first to businesses. However, they cannot risk jeopardising economic activity by raising corporation tax. The Financial Times recently reported that corporation tax contributed towards only 7.7 percent of all UK taxes last year – less than the OECD average of 8.5 percent, and the lowest share since 1994.

Instead, and following a number of headline cases, governments are turning their attention to transfer pricing. Research by the OECD estimates that between four and 10 percent of global corporate income revenues – amounting to between $100bn and $240bn annually – is lost due to multinational groups artificially shifting profits to low tax jurisdictions.

Furthermore, OECD and G20 countries are for the first time ever working together on an equal footing with more than 40 developing countries, which are particularly affected by these changes because of their reliance on multi-national corporate tax revenues. The aim of this partnership is to develop a package of tools to ensure that taxes are paid proportionately where economic activity is generated. It is anticipated that the multi-lateral instrument to implement the tax treaty change will be signed later in 2016.

FATCA’s success
The US Government introduced FATCA in 2010, with the aim of ensuring that US taxpayers with a financial income and assets outside the US pay their full share of US tax. Congress estimated that once successfully implemented and upheld, FATCA could bring in $800m annually. It was an innovative piece of legislation, particularly as it did not impose any additional taxes, but instead built on existing reporting requirements for persons required to file US tax returns and foreign financial institutions with US financial accounts.

FATCA imposed a certification and compliance programme for foreign financial institutions, based on an existing contract with the Internal Revenue Service (IRS), by adding a penalty of a 30 percent withholding obligation on payers of US-based interest, dividends and proceeds from the sale of US proper (excluding business income generated by US businesses) to non-compliant foreign financial institutions and non-financial foreign institutions who did not provide the necessary declarations.

FATCA’s success led firstly to the finance ministers of France, Germany, Italy, Spain and the UK – the countries that developed the FATCA intergovernmental agreement alongside the US – announcing their intent to exchange FATCA-type information among themselves, in addition to exchanging information with the US.

OECD programmes
Aside from FATCA, G20 leaders in their 2013 summit fully endorsed the OECD proposal for a global model of automatic exchange. The G20 endorsement of the standard was so strong that by September of the following year, nearly 50 jurisdictions had committed to early adoption of the standard. The standard differs principally from FATCA in that it consists of a fully reciprocal automatic exchange system based on tax residence, as opposed to citizenship. It does not have a threshold for pre-existing individual accounts and has special rules in place for certain investment entities, such as those based in jurisdictions that do not participate in automatic exchange under the standard.

Family office investors with multinational structures will find themselves deluged with differing reporting requirements and forms from banks and investment managers from the start of 2016. As part of alternative fund documentation, they may also see an increased requirement for them to make representations and warranties on the accuracy of the information provided with penalties, such as forced redemption and side pocketing for non-compliant investors.

The OECD has for some time been a supporter of voluntary disclosure programmes that encourage non-compliant persons to come forward, while discouraging non-compliance in the first place. In practice, voluntary disclosure programmes can be of particular use to inheritors of wealth and divorcing spouses who find that joint filing may not have been made correctly during probate or separation.

However, not all disclosure programmes are the same, and they must be carefully reviewed in order to check applicability, time limits and whether full and accurate disclosure will effectively bring an end to the matter in question. The review will also determine whether criminal charges should be brought, whether settlement terms are reasonable, whether the discloser should be targeted by enforcement in the future and, finally, whether the disclosure itself will be kept confidential.

These two new regulatory burdens mean that compliance costs are set to increase, unless a family office can simplify the advisory structure and identify any remediation actions. Family offices should consider using onshore-authorised fund structures that have inherent tax reporting, often with capital gains tax roll up and privacy built in.