Why family offices are growing in popularity 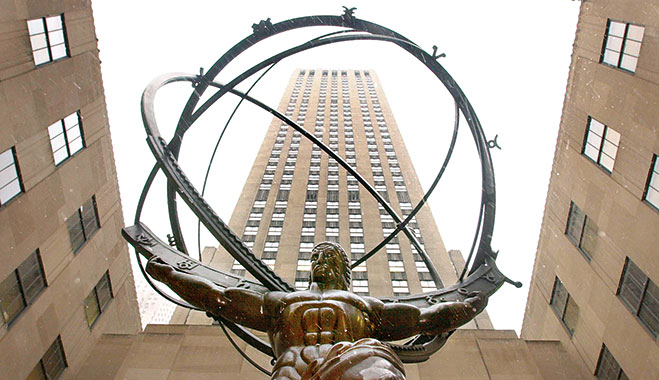 A statue of Atlas stands between buildings at the Rockefeller Center, New York City. The Rockefeller family office - one of the US' oldest - now has over 250 clients
Asset Management | Wealth Management
Author: Elizabeth Matsangou

As the term ‘family office’ is unregulated, its definition can vary and, as a result, it’s over-brandished these days. The family office was created to look after the wealth of an extremely high net worth family – but more than mere guardians of capital, those trusted with the duty would also assist in various personal matters. They would act as mediators between squabbling siblings and governors of trusts, while keeping all aspects of family life organised – from education to domicile and travel.

“Fundamentally, we actually provide one place for everything a wealthy individual requires”, said Martin Graham, Chairman of Oracle Capital Group. “That can be anything from help with immigration, help with finding a property to live in, help getting children into school, help setting up charitable foundations, specialist insurance or help with people’s companies, like project finance. And then, critically, we do a lot of wealth structuring: preserving wealth within and between generations by using things like family trusts and foundations. And on top of that, we also do asset management, so that’s partly mainstream asset management, which is, as most of our clients are self-made people, having made all of their money in one country or one sector, they need to diversify globally”.

A proliferation
Some say the roots of the family office can be found in the 18th century, where they emerged from Europe’s private banking system; others argue they first took shape during the Crusades to preserve the fortunes of merchants and traders. Either way, though the origins were clearly European, the concept was developed in the US by the House of Morgan in 1838, and the Rockefellers soon after.

“A lot of the European offices started providing concierge services, day-to-day management of families’ affairs, and then they evolved into doing more investment activity”, said Graham. “In the US, it’s probably more sophisticated and there are a lot of old families with old money. The other big difference is that the US offices are primarily about US money, whereas the ones you get in Europe, and London in particular, are genuinely international.”

According to a source interviewed by The Wall Street Journal, the number of family offices in the US has increased by 33 percent to over 4,000 in the last five years. A big cause for this rapid increase in demand was the 2008 financial crisis, which led more people to seek astute investment advice and asset management. Adding to this upsurge in interest is the growing number of first-generation affluent individuals.

“We saw a growing demand for advice and expertise arising from direct investments”, said Michael Maslinski, Partner and Group Head of Strategy and Know How at Stonehage Fleming, the largest family office in Europe, the Middle East and Africa. “This was compounded by increasingly complex regulations, a more litigious society and the risks of an unstable global economy, all of which impacts the day-to-day management through escalating administrative costs and by increasing the need for specialist advice.

“From an advisor perspective, we witnessed an increasing recognition that financial capital cannot be managed in isolation and that the wider legacy of families is crucial to long-term wealth preservation. This has a major impact and family offices need to develop a broader skill base to address these wider needs.”

In recent years, there has indeed been an increasingly high level of global uncertainty in both the political and economic spheres. Contributors to this tentative atmosphere in the worldwide system range from the proliferation of terrorist organisations to sanctions against Russia. Then there are nose-diving oil prices, the collapse of the Swiss franc, and the ongoing overhaul of the international regulatory framework. All of these factors continue to have deep repercussions for the global financial system.

“We’re trying to guide our clients through that”, said Graham, “and the way we do that is to have a very long-term structured approach, so making sure you’re managing wealth in a way which is around asset protection for most of it, and also generating income.”

This assistance is particularly important when it comes to preserving wealth between generations. “For most families, the biggest risks they face are in the management of succession and intergenerational transfer”, said Maslinski. “The practicalities of handover frequently impact both on the decision-making process and on the decisions themselves, particularly where specialist assets are involved.”

family offices in the US

increase in the last five years

With disappointing economic growth in the global system – particularly in Europe and developing states – governments have implemented policies in the hope of providing an impetus.

“In the last year, we had a big problem – which, in my view, we’re now seeing the fallout from – which is that a lot of governments have been throwing liquidity into economies to spur economic growth”, said Graham. “So instead of actually helping the real economy, a lot of that has gone into markets, and you’ve had some bubbles in all sorts of places and now we are beginning to see some of those bubbles burst. We’ve had a dislocation between market value and fundamental value – and that isn’t sustainable.”

Survival of the fittest
Given the growing popularity of family offices, a number of changes can be expected in the sector. “We will see a move towards greater professionalisation of the family office”, said Maslinski. “Family offices today must prepare to give advice on an ever-broader range of issues and, as such, need to ensure that they have the appropriate resources to meet this new demand. The objectives and role of the family office will need to be much more precisely defined than in the past, clearly specifying the division of responsibilities between the family, the family office and external professionals. From an operational standpoint, reporting and transparency will be an important theme in 2016 and families will need to ensure that they comply with the new common reporting standard as the new requirements will start to kick in.”

There are certainly challenges ahead for the industry. “I’m convinced that a lot of people won’t be in this business in the long term because they don’t follow a client-led approach”, said Graham. “The key to success is having very deep, sophisticated relationships and understanding of clients, and being able to provide increasingly sophisticated services in a way that is totally tailored to client needs.”

As such, enterprises that are in fact family offices – as opposed to general asset managers – must stay true to the core of what it means to be a family office. What makes this type of organisation unique is exactly what customers seek when employing its services. Such individuals need more than just a wealth manager, and they need more than just a concierge service: they need everything all in one place, a holistic approach and the efficient management of all their affairs.

As the climate of global uncertainty persists in the coming year – together with more newly wealthy families from emerging economies and beyond – the demand for family offices will indeed continue to grow. Whether all the players currently in the game can maintain their current courses is another matter entirely.